The cinema of Yakutia is gaining momentum. Film screening at LenDock

ST. PETERSBURG. The premiere of the film “Bonfire in the Wind” took place at the LenDoc documentary film studio. 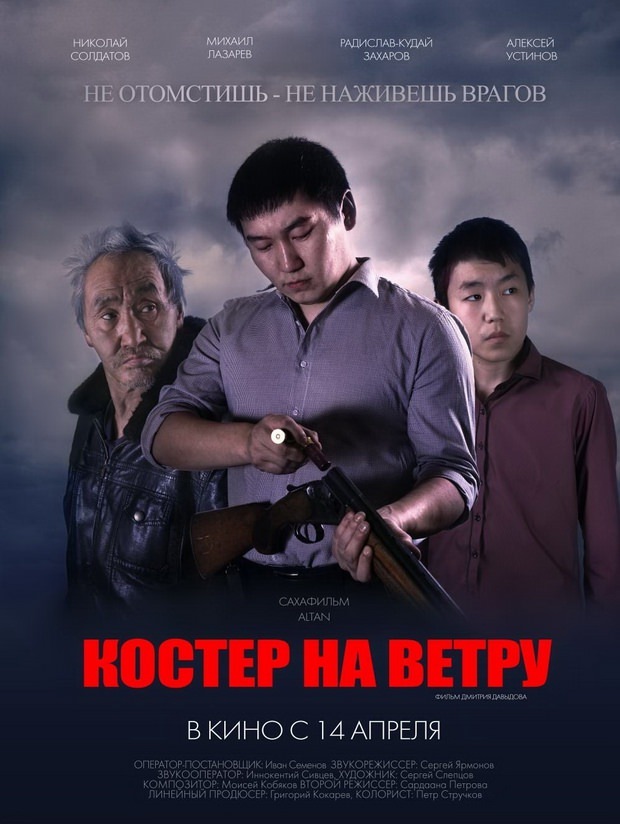 At the V National Movement debut festival that ended in late April, Dmitry Davydov’s picture “A Bonfire in the Wind” was considered one of the main contenders for the victory. The Grand Prix went to the diploma project of Anna Kreis, a graduate of the Cologne Academy of Media Arts - the film “Found a Scythe on a Stone”. The Yakut "Bonfire" was immediately awarded three awards: for his brilliant directorial work, best male role and special prize of the governor of the Omsk region. Recently, the film was recognized as the best at the ImagineNATIVE festival in Toronto, selected for the 21st Busan International Film Festival. The cinema of Yakutia, the largest and sparsely populated Russian region with endless winters and lightning-fast summers, is gaining more and more popularity not only at home, but also abroad. The thriller of Costas Marsan “My Killer” was nominated for the Golden Globe 2016 in the category “Best Foreign Language Film”, took part in the World Asian Film Forum.

Amazingly, the creation of “Bonfire in the Wind” was attended mainly by amateurs. Starting from the actors and ending with the director Dmitry Davydov, in the “ordinary” life he is the director of a secondary school in a small village Chapchylgan. Limited budget, tight deadlines. In the center of the story is the story of elderly villagers who survived the tragedy. The dramatic plot is akin to Shakespearean: murder, suicide, atonement. The jury members of the “Movement” and guests of the festival noted the amazing acting, visuals, and undoubted skill of the director-debutant. Studio "LenDok", located on the embankment of the Kryukov Canal - is the largest repository of archive newsreels, the production of new films and television shows, master classes, lectures. The show "Bonfire in the Wind", held on June 2, provided the studio guests with a rare opportunity to get acquainted with the decent work of a layman, who is promised a great future, in conditions of extremely limited rental of author films.