Google and the Getty Center made an art guide

The Google Goggles smartphone app , among other things, allows you to take a picture of a bottle of wine and quickly find out if it costs $ 10 or $ 100. Thanks to the collaboration of application developers with the Getty Museum, users can get information about hundreds of paintings in the museum’s collection.

Google Goggles is a visual search engine that is not driven by a set of key phrases, but by creating a photo of an object of interest to you (it can be a dish or a historical landmark). This will be your question; they call it "visual query." Now visitors to the center can take pictures of their paintings and get an informational summary, compiled by the museum staff, about each canvas.

Google Goggles works more efficiently with two-dimensional than with three-dimensional objects. To date, the application is already able to recognize photographs and paintings from other museums, including world-famous masterpieces, information about which is taken from the Internet. However, cooperation with the Getty Center will be the first precedent for the partnership, when the museum itself provided images and data for such use. In total, an information reference is available for 300 paintings, and for half there is also an audio version.

Google Product Manager Goggles, Shailesh Nalawadi, says they intended to start a local project. Since the development team is geographically based in Los Angeles, the first partnership was to take place with the Los Angeles Museum. “When we had lunch at Google’s cafeteria, we looked around and saw Getty,” he recalls.

Maria Gilbert, senior content developer at the Getty Center, says the new application will not replace any existing technology. Rather, it is intended to offer an alternative to visitors who will not spend $ 5 on a traditional audio informer and certainly will not sit above a web browser, driving in key phrases to find information online.

Of course, the museum still has the usual signs, but Gilbert says that the new application has advantages, for example, saving and reading information after a visit to the museum, in comfortable conditions at home. The program will also translate printed materials, such as pointers, into the language you indicate. According to the expert, this project was free for the center, since it was held under the auspices of the reform of the existing information array.

Recall that earlier this year, Google laid the foundation a brighter cultural initiative, the Google Art Project, which offers a virtual tour of 17 prestigious museums in 9 countries, and provides an opportunity to closely examine more than a thousand works. By the way, the Getty Center may be the eighteenth on the list.

Navaladi claims that the new project is "separate, but related." “This is part of Google’s extensive efforts to work with museums and other cultural institutions, as they have one goal - to bring art closer and pass it on to users.”

Navalavadi also mentioned that the Getty Center would not stop there. Now his team is still at the stage of negotiations “with a couple of museums” to provide the Google Goggles database with a large number of images. 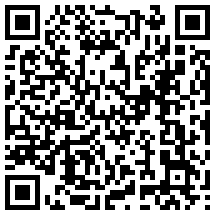 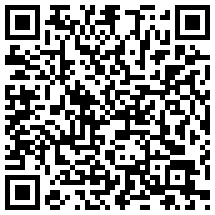