The Faberge Museum was opened in Germany in Baden-Baden by Russian collector Alexander Ivanov in 2009. According to the founder of the museum, Baden-Baden was chosen because of its proximity to the French border, as well as a continuation of the centuries-old traditions connecting this resort town with the history of Russia. 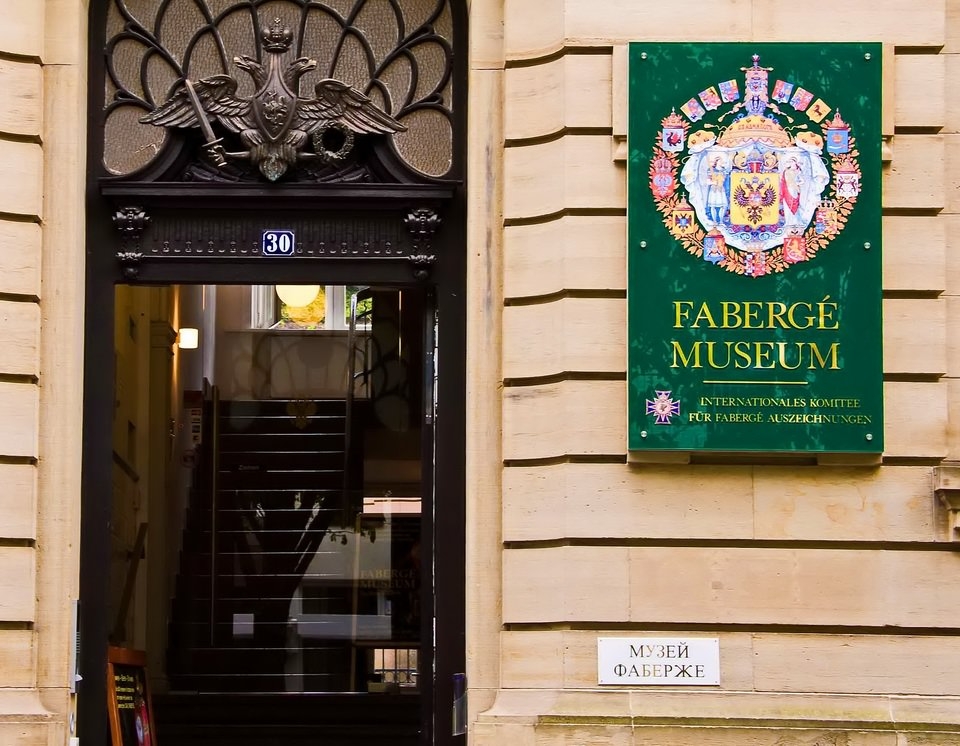 Entrance to the Faberge Museum, Baden-Baden

This is the first exhibition in the world dedicated to the famous jewelry house, the founder of which at the end of the 18th century was Carl Faberge. For more than a hundred years, the company has been the main supplier of jewelry for the Russian imperial house. In the museum’s collection today you can see several hundred unique exhibits, which Alexander Ivanov began collecting in the 90s of the last century.

The collection of products created by Faberge includes exquisite jewelry, household items inlaid with precious stones, cigarette cases and stone figures of the animalistic genre. It also presents copper items, the manufacture of which the jewelry house was engaged in under the royal military order, for the needs of the army during the First World War. Among the exhibits that are not directly related to the products of the famous jewelry company, the museum displays documents and photographs from the personal archive of the Faberge dynasty, as well as several dozen rare motorcycles and automobiles from the early 20th century.

A special place in the exposition is occupied by the “Rothschild Egg” created in 1902. This masterpiece of jewelry has long been hidden from the public, as it was in the closed collection of the Rothschild family of barons. In 2007, the egg was put up at a Christie’s London auction, where Ivanov bought it for $ 18.5 million.

The museum is easy to find - it is located on one of the central streets of the city. The exposition is open every day from 10:00 to 18:00, a discount system is offered for privileged categories of visitors.