The Earth Vibration art project puts a person at the center of his environmental safety in the broad sense of the word: not only his physical survival, but also his spiritual “health” in the metropolis. The conflict between two parallel realities - the reality of the natural environment and the environment created by human hands - is being put forward to the forefront of human life today, on which it depends on whether humanity will survive on Earth, or will be forced to look for another planet to continue life. 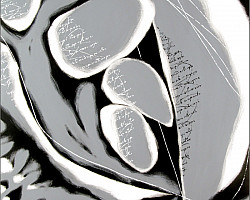 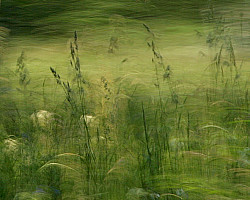 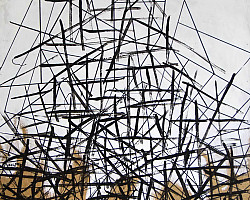 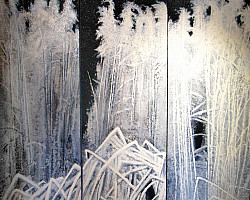 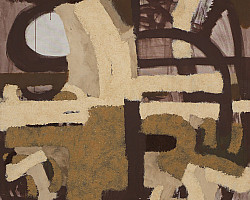 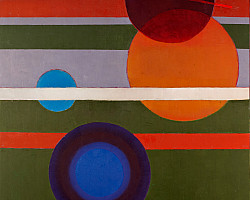 The land, in the works of contemporary Russian artists, photographers and sculptors presented at the exhibition, plays a symbolic role of the humanistic, uniting principles in the era of contradictions and discord in national and international state relations.

Each of the authors interprets and expresses their attitude to the Earth in different ways. Someone always perceives the Earth as part of the Universe and in its connection with the Cosmos (Diana Vouba, Alexander Oligerov, Vladimir Peldyakov, Valera and Natasha Cherkashin), others “cultivate” the Earth, which has a more clear outline for us. This is not always objective visualization, often geometric abstraction or forms close to it, but they always guess the breath of the real Earth on which we all live (Suren Ayvazyan, Maria Vintskevich, Mikhail Dronov, Victor Reshetnikov, Ilya Seregin, Natalya Sitnikova, Alena Telpukhovskaya).

The connection of visual arts and music from the same era generates similar processes generated by a single spiritual atmosphere of the time. Their parallel use can be traced back to ancient times. But now the synthesis and interpenetration of art forms is more vivid due to the disclosure by different artistic and musical means of the same topic.

On November 6, 2018, a unique event took place in the Central House of Architects as part of the musical and environmental art project “Vibrations of the Earth” - a concert exhibition and a multimedia film with live music by Michel Marang “Changing Images”.

The exhibition runs at the ARTPLAY Design Center from December 5 to 30, 2018.