London - Art Russe Foundation founder Andrei Filatov will support the tapestry project, which will be woven based on the watercolors of His Royal Highness Prince Charles, Duke of Rothsey.

The tapestry will be woven at the Dovecot Studios tapestry workshop in Edinburgh. Weaver’s apprentice Weaver Ben Hymers and weaving master Naomi Robertson will work together to create the tapestry. The project to create this complex watercolor tapestry is the final step in teaching Weaver Ben Hymers weaving. It will begin in January 2017 and will take about 8 months. The watercolor landscape, for the use of which was received the kind permission of His Royal Highness, is called "Abandoned Cottage on the Isle of Stroma, Caithness 2003). 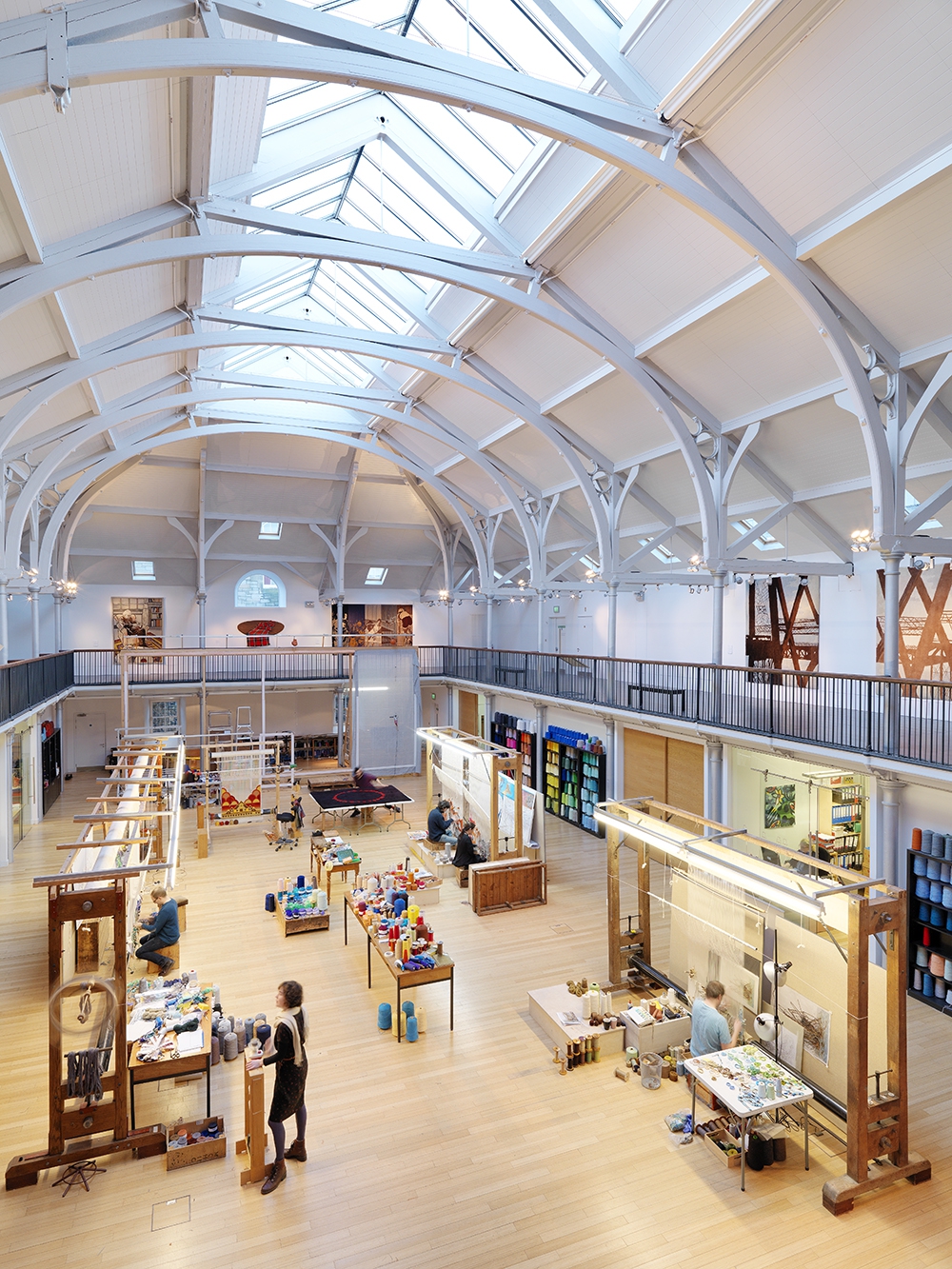 His Royal Highness the Duke of Rothsey visited Dovecot Studios on July 21, 2014. The Cavalier of the Order of the British Empire Alastair Salvesen (Chairman and Trustee of The Dovecot Foundation), Elizabeth Salvesen (Director and Trustee of The Dovecot Foundation) and David Weir (Director workshop Dovecot Studios). Prince Charles, in particular, visited the weaving workshop, where he met with a team of weavers and got acquainted with the tapestry “Large Tree Group”, created at Dovecot Studios in collaboration with artist Victoria Crowe. The tapestry was woven by masters of weaving Naomi Robertson and David Cochrane, and exhibited in various cities of Australia, as well as in London and Inverness, as part of a traveling exhibition entitled “From Fleece to Fiber”, which was first presented to the audience in 2012 on the occasion of centennial celebrations of Dovecot. The tapestry is currently a permanent exhibit in the collection of the National Museum of Scotland.

“Like His Royal Highness Prince Charles, I am passionate about preserving traditional arts and crafts and are considering placing new orders for the creation of tapestries,” said Andrei Filatov, founder of the Art Russe Foundation.

The Art Russe Foundation, led by entrepreneur and philanthropist Andrei Filatov, was created in 2012. The fund aims to build a deeper understanding of Soviet and Russian art and its contribution to world culture with a world audience. The fund specializes in collecting samples of Russian art created in 1917-1991. and related to the artistic style of socialist realism, and the implementation of educational projects to support and popularize Russian art at the international level. The objective of the fund is to increase the popularity of works of this period through exhibitions, the provision of works to museums and galleries in various countries and the publication of books and catalogs on the most iconic artists and their works.

For the contribution to international cooperation in the field of culture and efforts to preserve the historical heritage, the founder of the Art Russe Foundation, Andrei Filatov, was awarded the UNESCO Prize and the title of Knight of the Legion of Honor (France).

The Dovecot Foundation was created to support the activities of the Dovecot Tapestry Studio tapestry workshop and maintain its position in the world of contemporary art, design and weaving. The foundation places Dovecot Tapestry Studio at the forefront of its mission by supporting the Dovecot Student Program, organizing joint projects with leading artists and fostering cultural and educational partnerships. The Foundation aims to expand the audience of innovative works by contemporary artists and producers.