Miniature copies of the most famous sights of Russia are collected in one place - in the Tsaritsyno Museum-Reserve in the open. Visitors to the park will have the opportunity to see the beauty of palaces, churches, castles, monuments and other architectural monuments of our country. 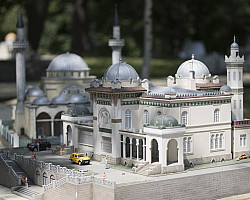 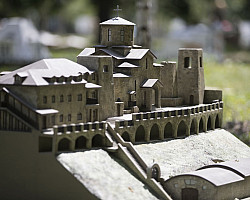 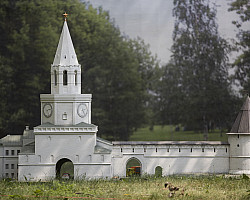 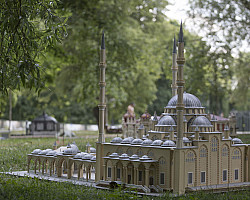 “You can see a variety of attractions on the layout,” says project author Viktor Zhilenko. - Including the Spassky Tower with chimes, one of the most inaccessible lighthouses in Russia - Aniva lighthouse, located on the eponymous cape of Sakhalin Island, the Swallow’s Nest and the Massandra Palace in Crimea. In just an hour of excursion, visitors will visit more than eighty points of our vast country. ”

The exhibition "Russia in Miniature" is the largest exhibition in the history of modeling architecture in Russia. The presented objects are unique and have no analogues. According to the organizers of the exhibition, all architectural copies of objects of historical and cultural heritage are very accurate, with a high degree of detail. Over the course of five years, a group of 60 specialists worked on the creation of the “Russia in Miniature” park. The miniatures are made of architectural plastic, which conveys an accurate picture of patterns, bas-reliefs, windows and doors of architectural structures. The study is so detailed that you can even read the signs on the doors of institutions of architectural replicas.

According to the organizers, the exposition arouses interest in studying the historical and cultural heritage of Russia and social science - the exhibition broadens the horizons, acquaints with the eventful history of Russia.

“The developed excursion program has an educational focus, introduces historical and architectural monuments, museums, promotes moral, moral and aesthetic education,” says Elizaveta Fokina, director of the museum-reserve. “Getting acquainted with the history and culture of the Motherland, its architecture, pride for its Fatherland, love for it arises.”

The objects of the park, like the park itself, were created according to the decree of the President of the Russian Federation Vladimir Putin on the development of domestic and inbound tourism. The exhibition was created with the aim of popularizing domestic tourism in Russia.

“Citizens who have chosen Moscow as one of the places for their travels will be able to get acquainted with the culture and architecture of all of Russia and understand what sights of a particular region they want to see during their next travels,” said the author of the project Viktor Zhilenko.

Guided tours will be held every 15 minutes. Also, each visitor who has downloaded the mobile application to their phone will be available audio guide in 25 languages ​​of the world based on QR codes.