Marcello Lo Giudice, a famous Italian artist, heir to the direction of arte povera, for the first time with a personal exhibition in Moscow.

Exhibition “Eden. Distant Planets ”includes 16 major works that are combined into a series of extinct geological landscapes. Among lovers and owners of the works of Lo Giudice, many celebrities, including Prince of Monaco Albert II.

The vernissage will be attended by the Ambassador of Monaco to Russia, Mireille Pettiti.

The artist in his works combines the principles of abstraction and the legacy of the current arte povera, which arose in Italy in the mid-1960s.

The works of Lo Giudice from the works of arte povera are distinguished by a special approach to the very act of creativity. All abstract landscapes are created manually, methodically and carefully, as if the artist was working not with a canvas, but with a microcosm.

“Fantastic cartography” - this is exactly how the paintings of Lo Giudice defined the critic Francesco Gallo in the catalog for the artist’s personal exhibition held in the Gallery del Naviglio in Milan in 1995.

Lo Giudice works not only with canvas and paint, but also with sculptural objects. So, for a series of Totem objects, the basis is a mattress, or rather, what was once it. Getting rid of unnecessary layers, exposing the metal base, the artist ennobles them with color, idealizing both the world and humanity as a whole. The updated structure, ready to incorporate a new world and new meanings, appears in a new image as a romanticized world in which there is no place for natural disasters and historical dramas. 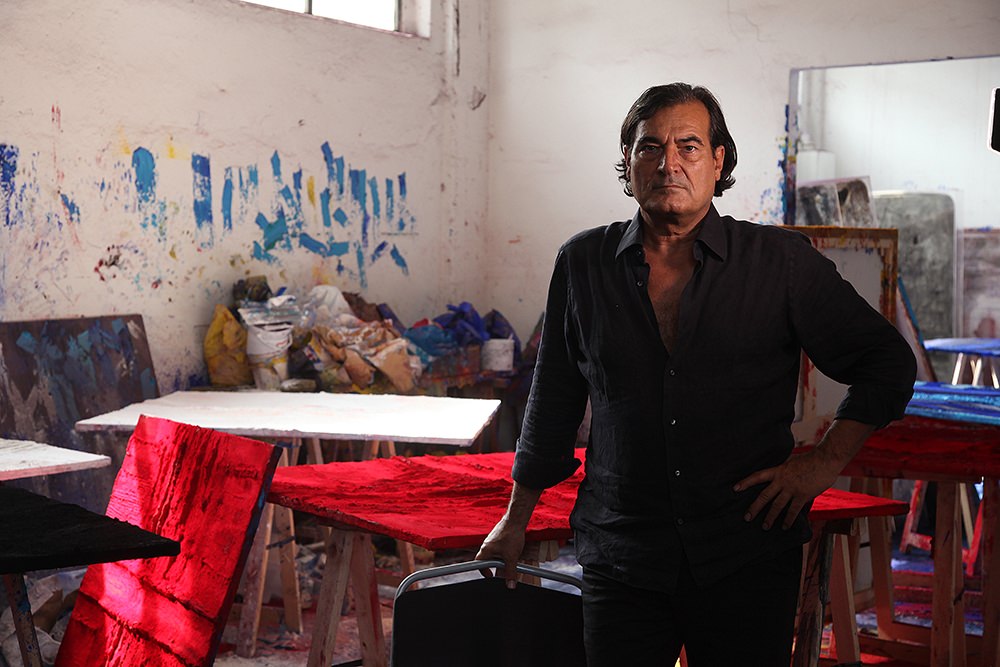 Marcello Lo Giudice was born in Taormina, Sicily in 1957. In 1989, he studied at the Academy of Fine Arts in Venice. During his studies at the Academy, the largest representatives of informal painting in Italy, Emilio Vedova and Giuseppe Santomaso, became his teachers. However, Luo Giudice also received a natural science education with a degree in geology. The artist’s work has a deep connection with this period of his life, when at the university he studied the structure of minerals, their physical and chemical properties. It was these acquired knowledge that inspired the artist to engage in serious creative searches.

The artist’s first solo exhibition was held in 2003 at the Royal Society of Fine Arts in Muscat, Sultanate of Oman. In 2001 - 2016 he created a series of geological landscapes. In 2007, he took part in the Arte Europea exhibition on the occasion of the 51st Venice Biennale. In 2011, he took part in the 54th Venice Biennale. In 2013, he was appointed the artist of the Red Cross for his contribution to the cause of world peace. In the same year, a solo exhibition was held at the Unix Gallery in New York. In 2014 - 2015, personal exhibitions were held in Monaco, London, Singapore, Hong Kong, Geneva, Paris, New York, Miami. In 2015, Luo Giudice entered the list of 500 best contemporary artists according to the magazine Artprice. In 2016, an exhibition of paintings and sculptures opened at Miramar Castle in Trieste.

In the spring of 2017, two major personal exhibitions of the artist took place - in the Marble Palace of the Russian Museum, in St. Petersburg and at the XXI Century National Museum of Art (MAXXI) in Rome.