The Cultural Fund "Catherine" was the grand opening of the personal exhibition of Marcello Lo Giudice "Eden. Distant Planets"

For the first time in Moscow, a series of abstract landscapes "Eden. Distant Planets " the famous Sicilian avant-garde artist Marcello Lo Giudici appeared on September 14 in front of the assembled guests in the halls of the Catherine Foundation. The exhibition arrived from Rome, where it was exhibited at the National Museum of Art of the XXI Century (MAXXI).

The evening opened with a press conference at which the artist spoke about the history of the exposition and presented to the public two video films about his participation in the fund of Prince Albert II of Monaco to save the ecology of our planet. Marcello Lo Giudici actively supports the foundation’s initiatives, being a great altruist and a sincere associate of the cause of promoting the respect for and saving the natural wealth of the Earth. Monaco’s Ambassador to Russia Mireille Pettiti, who took part in the grand opening of the exhibition, welcomed Marcello Lo Giudici with a short grateful speech.

Series of works “Eden. Distant Planets ”has a deep connection with the period when the artist received his first higher education - geology, when at the university he studied the structure of minerals, their physical and chemical properties. It was these acquired knowledge that inspired the artist to engage in serious creative searches. Luo Giudice balanced and subtly conveyed in his work an image of nature and the elements, captured as if from a bird’s flight. However, working with abstract "cartographic" images, the artist, strangely enough, does not deprive them of mimetic. In the folds of the frozen paint, in the way the pigment lies, in the chiaroscuro of the canvas, images of mountains, riverbanks and lakes, deserts and volcanoes are visible. 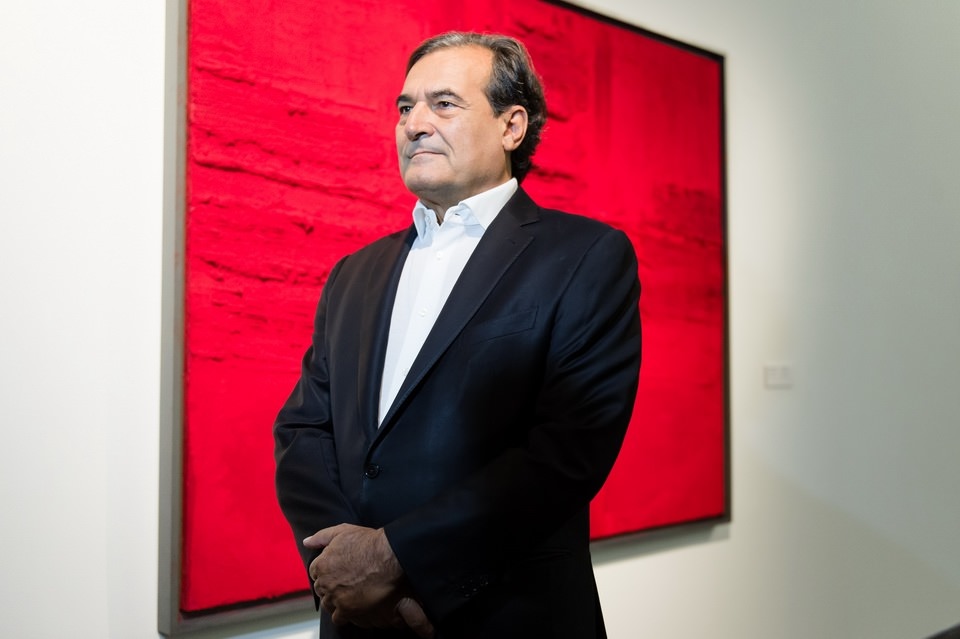 As an artist, I consider it very important to devote part of my success to useful social initiatives that are aimed at preserving our planet. In life, you need to be a little altruist. Altruists in relation to our planet, and altruists in relation to all of us, other people who live on it. Therefore, my every exhibition is a confirmation of my love and respect for nature in all senses, both artistic and social. 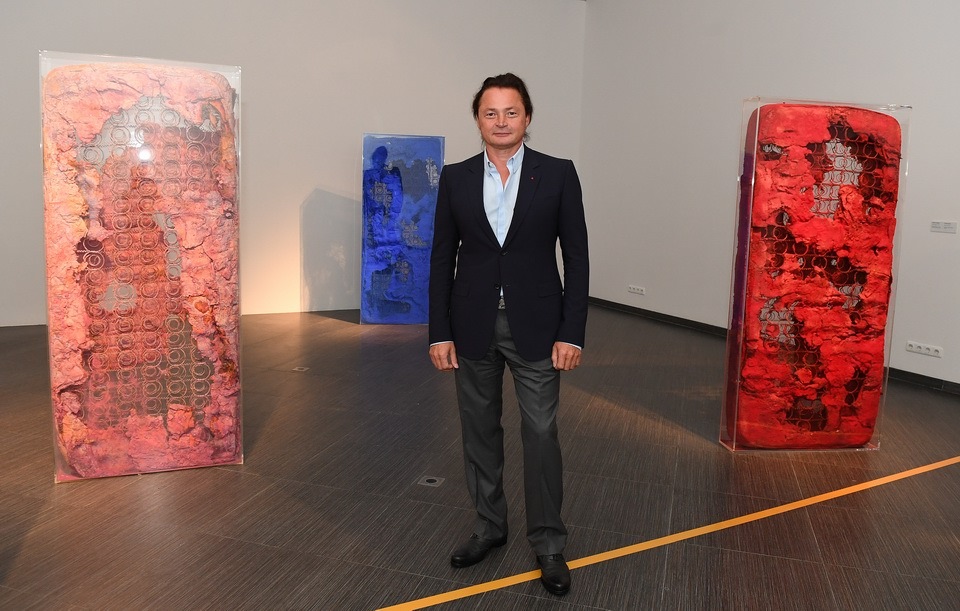 I would like to add that we are very pleased to meet Marcello… And we are pleased to present in our exhibition halls not only a good artist, who we all really like in our manner, in our expression, but also a person who is really actively working with the Prince Albert Foundation II, which is very much engaged in the seas and oceans. Marcello supports the work of the fund on three islands where the fund is present; these are Sicily, Sardinia and Corsica. We are very pleased to introduce such an altruistic artist here.

The exhibition runs until October 21.