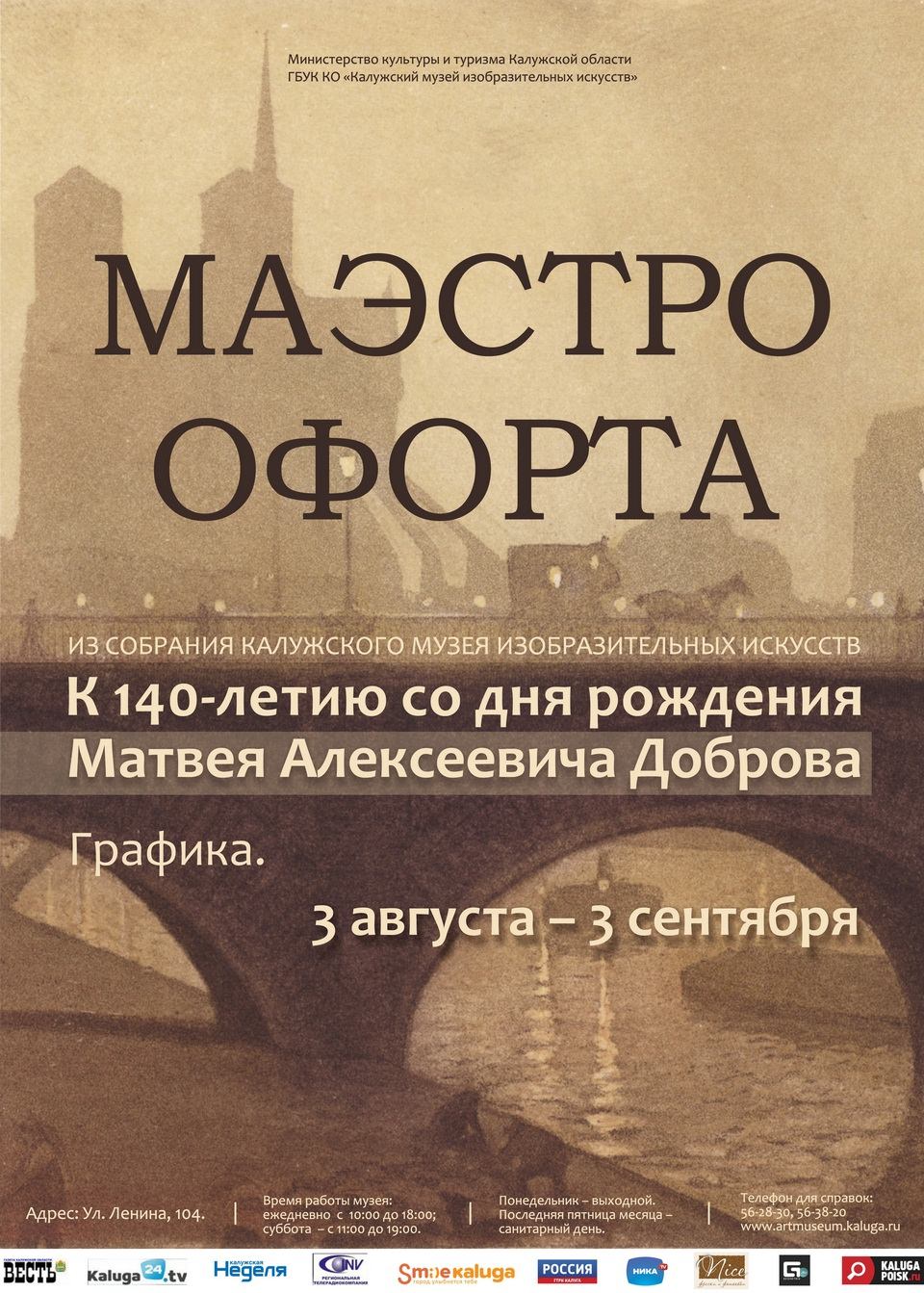 Matvey Alekseevich Dobrov (1877 - 1958) - a classic of Russian engraving of the first half of the twentieth century, a wonderful landscape painter and animal painter, an outstanding master of etching.

In 1897 - 1900, M. A. Dobrov studied at the University of Moscow at the Faculty of Physics and Mathematics, however, after listening to two courses, he left the university to enter the school of drawing and painting of K.F. Yuon and I.O. Dudin (1900 - 1901). In 1901 - 1905, Dobrov studied at the painting department of the Moscow School of Painting, Sculpture and Architecture, where his teachers were K. A. Korovin, V. A. Serov, A. S. Stepanov.

Masterfully mastering such graphic techniques as a cutter and a dry needle, Dobrov paid special attention to etching. To master this difficult type of engraving, Matvey Alekseevich went to Paris in 1908 to the workshop of E. S. Kruglikova, who taught Russian and French artists the art of etching.

In 1910, in Moscow, Dobrov organized his own workshop, in which he continued to master a variety of graphic techniques, worked as a cutter, dry needle, classic etched finish, soft varnish, aquatint, monotype… The master’s works are so diverse in style and technique that they could compose a kind of encyclopedia of engraving techniques.

Matvey Alekseevich was actively involved in teaching: he taught at the State School of Printing at the First Model Printing House, at Moscow State University at the Department of Drawing, which trained geologists, botanists and geographers, at the Moscow Polygraphic Institute. In 1934 - 1936 he headed the etching studio named after I.I. Nivinsky, and in 1935 - 1958 he headed the etching workshop at the graphic department of the Moscow State Art Institute named after V.I. Surikov.