March 17, 2015 at 16 o’clock the Russian Academy of Arts, the State Tretyakov Gallery, the Moscow State Museum “Burganov’s House”, the State Museum of Fine Arts named after A. Pushkin, Museum of Classical and Contemporary Art “Burganov Center”, Moscow Museum of Modern Art, Moscow State Art and Industry Academy named after S.G. Stroganov is invited to the opening of the personal exhibition of Alexander Burganov, dedicated to the 80th anniversary of the recognized master of modern sculpture.

Alexander Nikolayevich Burganov - a world-famous artist who made a significant contribution to the development of the national school of monumental sculpture, people’s artist of Russia, academician of the Russian Academy of Arts, laureate of the USSR State Prize, professor, doctor of art history. He was born on March 20, 1935 in Baku. In 1959 he graduated from the Moscow Higher School of Art and Industry (formerly Stroganov), the department of monumental and decorative sculpture, where he studied under E.F. Belashova, G.I. Motovilova. His works are in major museums and private collections in many countries of the world, and monuments and monumental ensembles adorn the streets and squares of many cities in Russia, Europe, America, Asia. Among the main monumental works are the monuments to Yuri Gagarin in Canada, A. Pushkin in Washington, the poet V. A. Zhukovsky in Baden-Baden, “Two Emperors” in Brussels and other Muscovites are familiar with the monument “A. Pushkin and N. Goncharova ”and the fountain“ Princess Turandot ”on Old Arbat, monuments to M.Yu. Lermontov, I. Bunin, founder of the Academy of Music EF Gnesina, sculptural park ensembles of Ukrainian Boulevard and Sivtsev Vrazhka, bas-relief portraits of great Russian artists at the Tretyakovskaya station of the Moscow metro, etc. last decade sculptor creativity has become an integral part of the European artistic space. The most interesting works include the ensemble of sculptures for an open-air exhibition in France, presented by Pierre Cardin in Lacoste near Avignon and in Paris on the Champs Elysees. 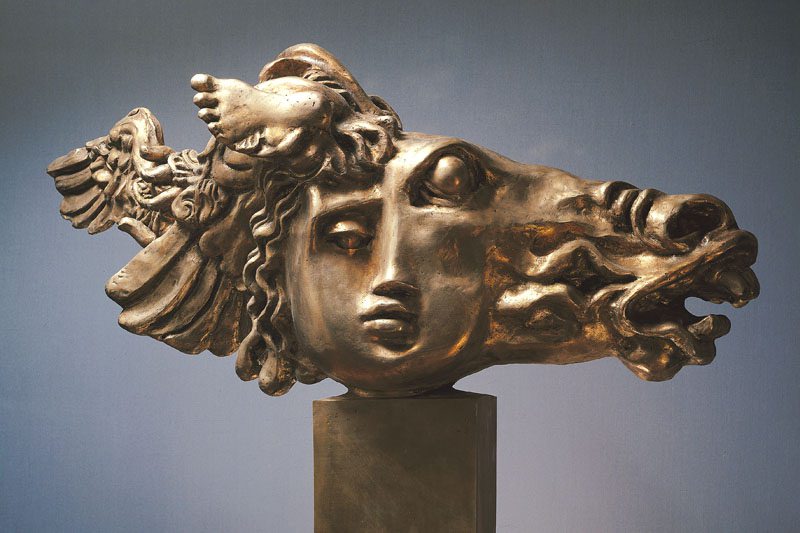 The birth of Pegasus

Founder and director of the Moscow State Museum "House of Burganov", which has become a cultural center that implements the idea of ​​synthesizing the arts - architecture, sculpture, music, theater.

Alexander Burganov has a happy creative biography, it reflects the epochs and artistic styles that replaced each other from the mid-20th century to the present.

In each of these periods Burganov occupied a significant place. He is deservedly considered both an artist of “severe style” for laconicism and monumentality of forms, and a master of realistic portraiture, whose school is based on the best traditions of Russian plastic art. Burganov is a postmodernist who creates expressive metaphorical images in the synthesis of modernity and ancient classics. Burganov is undoubtedly one of the most striking surrealists of our time, easily transforming forms for the sake of the sharp artistic expression of new realities. 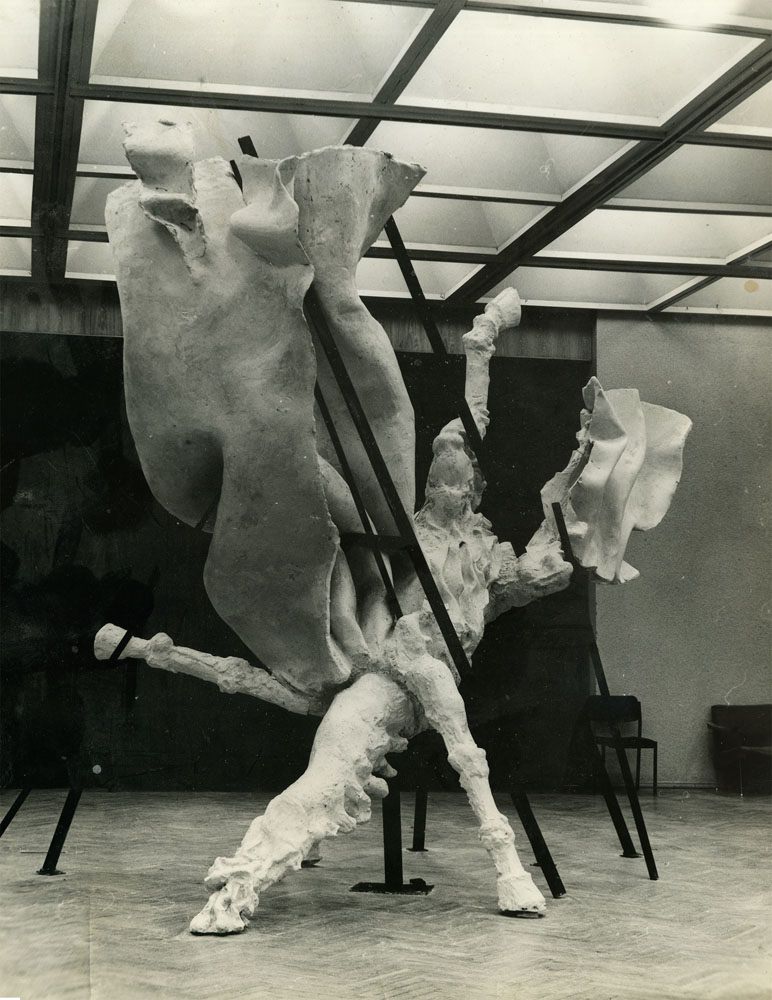 In this versatility, absolute creative freedom, since in all cases the artist is not just in the artistic stream of time, but is distinguished by a bright personal artistic style and creative method. No wonder the phrase “Burgan school of composition” has become a stable term in art history practice and higher art educational institutions of the country where the art of sculpture is studied and taught.

Among the achievements of Burganov is the creation of a special genre in plastic composition. He is the author of such a unique phenomenon as “sculpture - gesture”, passing through almost all the symbolic images of this outstanding master.

The sculptor’s plastic vocabulary was formed at the very beginning of his career and practically did not change for more than half a century.

In various works, monumental and easel compositions, a key symbolic image of the hand is presented as a symbol of creativity (“Big Hand”), pride and resistance (“Gesture”), the Voice of God (“Angel”), and request (“The Pauper”).

Another important topic is the cell, which is expressed in several plastic guises as a boundary - the shell of an anthropomorphic image (“Soul”) and as a lattice structure, the purpose of which is to organize time, form, phenomenon (“ABC of the Deaf”, “Sunday evening”), as prohibition topic (Flying Bird in a Cage). 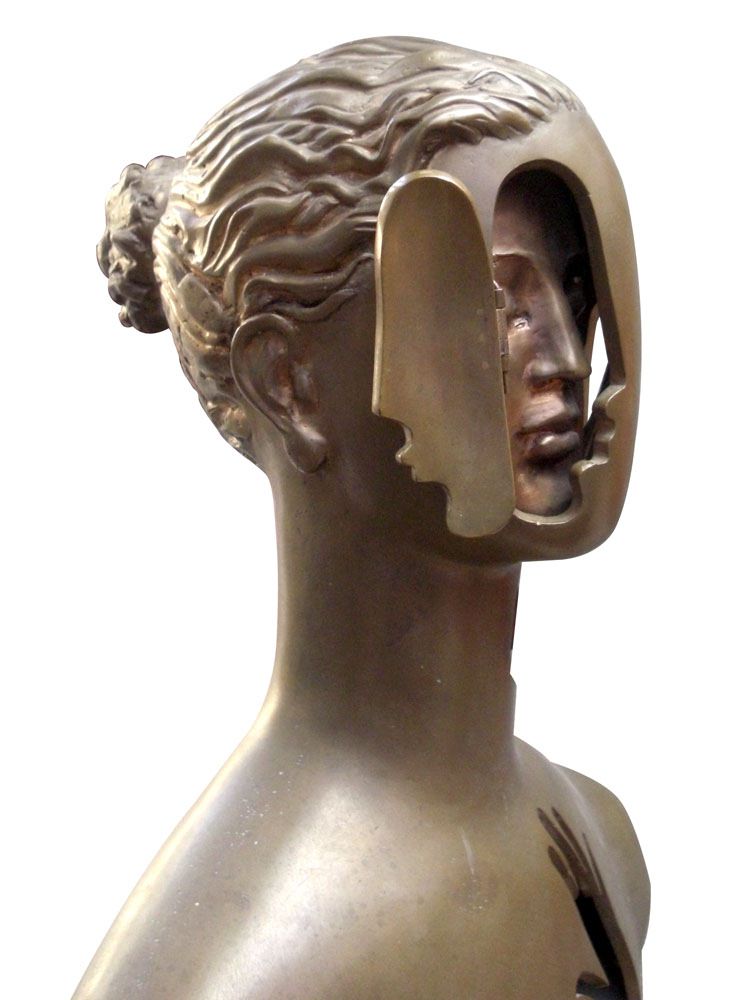 The theme of the elements and the masculine principle is expressed by the images of horses (“War” - fighting horses, “Ecology”, “Muse” - lyrical touch of a girl’s head to a horse’s head, “Future” - a boy on a foal).

Freedom, aspiration, inspiration expresses the image of a flying bird or a single wing, symbolizing these images even more concentrated and bright.

A particularly expressive element of the master’s unique artistic style was the dynamically developing folded structures present in many compositions. These metaphors of the passage of time, the conjugation of the mountain world and the world of the lower, the images of the movement of memory make A. Burganov’s magical realism especially vivid. 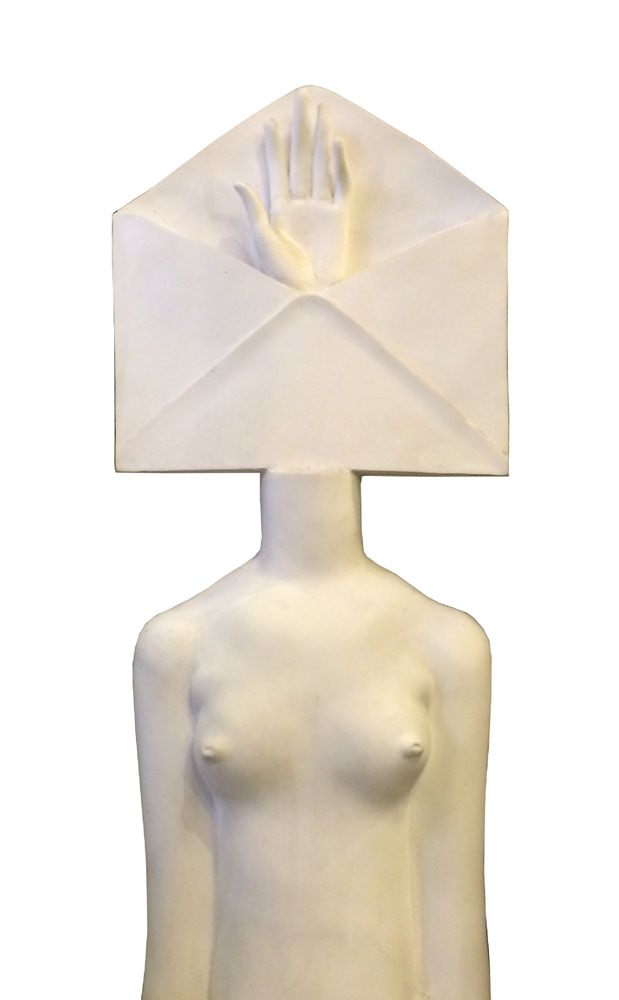 Today, when sculptural monuments have become the embodiment of history in the space of cities, sculptures - the gestures of Alexander Burganov fill squares, parks, museums and exhibition halls with new sensual poetic and artistic images.