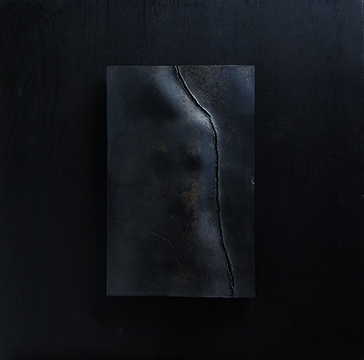 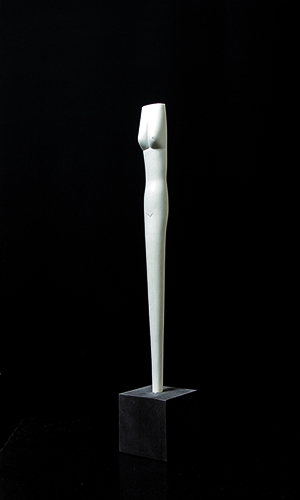 The heirs of the art of the 60s - they do not just renounce the former human body, which was the subject of deification, blessed admiration or a sinful curse. Today they become expressors of the diagnosis made by mankind to itself: man is no longer the highest level of all living things, not the king of nature, not…, not…,…

And if IT or IT is so imperfect, their body shell may resemble a mannequin or mechanical designer, consisting of various parts, such as in the avant-garde works of Alexander Yulikov from the series “Red Naked”, “Naked and the City”, etc. However, Yulikov, unlike Western minimalists, never broke with traditional materials: canvas and paint remain the main tools of the artist. This attachment to the indispensable attributes of painting practice emphasizes the direct connection of the author’s art with the traditions of the Russian avant-garde, and, above all, Malevich’s Suprematism. 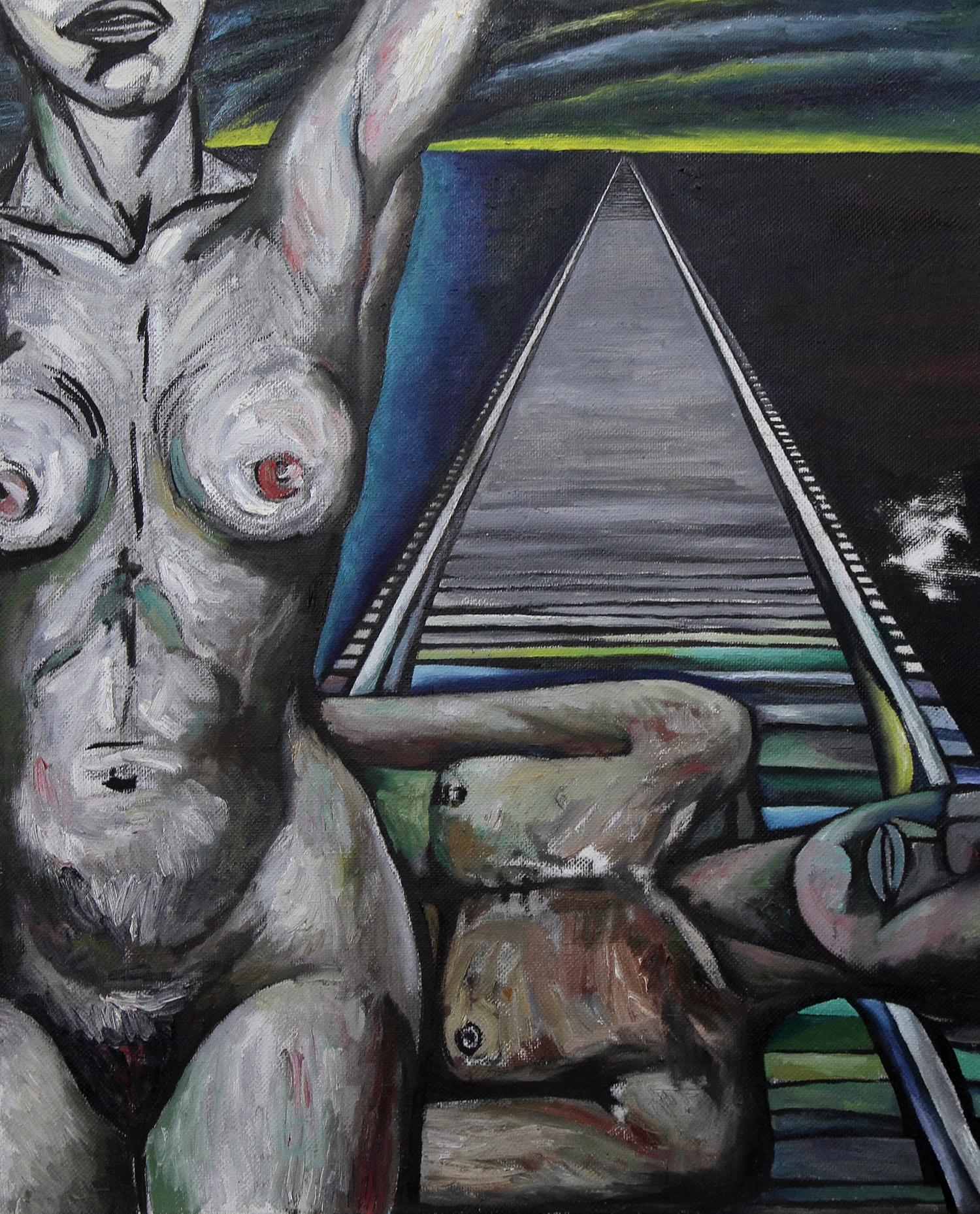 “In the graphic sheets and sculptures of Andrei Dillendorf, the body turns into a kind of“ Lego ”- a puzzle for disassembling and assembling, and when you look at these impressive (if even small) geometrized formations, the idea arises that they could be unmounted onto cylinders, cones, balls and other components, and then assembled in a new order… A body-plant, a body-cloud, a body shadow - this is the concept of Boris Callous. This sophisticated maestro brings his graphic sheets and voluminous configurations to a state of disappearing reminder. The outlines and body masses melt in space or are likened to the root of a tree, a crystal or a stone turned by waves - and only individual thickenings and swellings hint that this natural object is genetically derived from the female body. ” (A. Yakimovich) 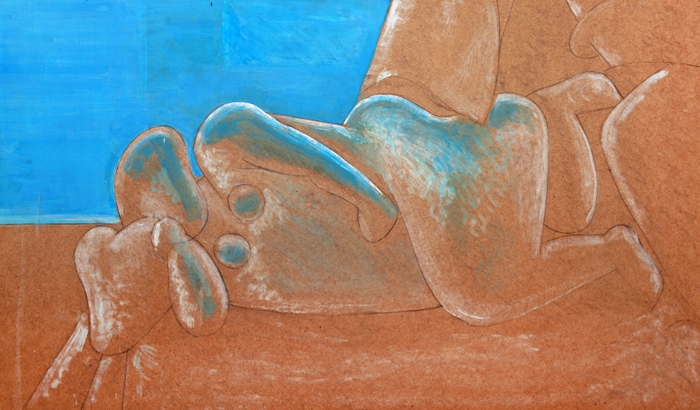 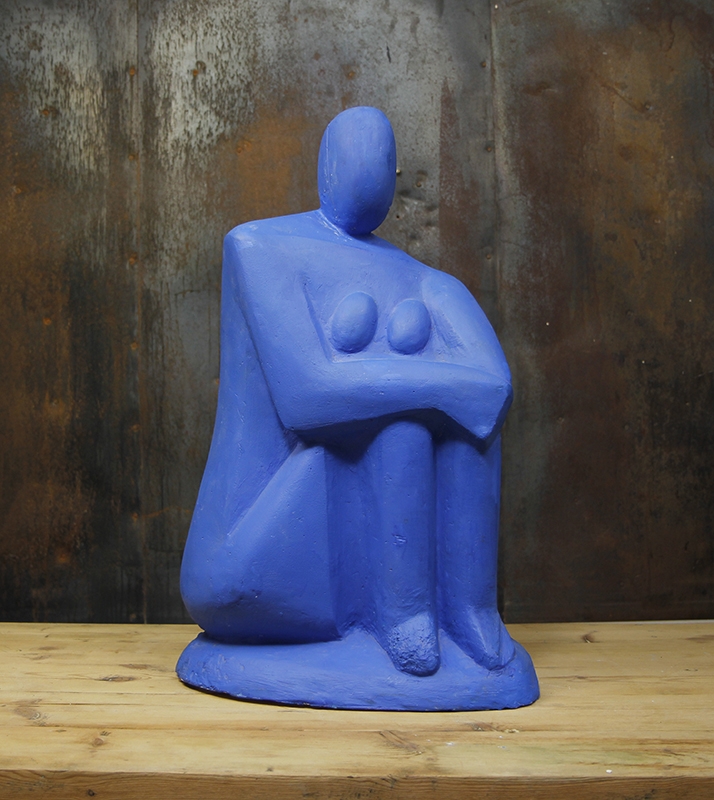 Biomorphism is inherent in the work of Vladimir Pankratov, who identifies a woman with a resting biomass, dissolved in a sandy landscape, or with dancing birds or fish whirling in a whirlwind of the artist’s fantasies.

Igor Snegur, sometimes working within the framework of “organic constructivism”, represents “Woman-landscape”, likens it to a turned pebble. According to the author himself, “A changing world provokes the search for new configurations not previously used in painting, expanding visual spaces, such is the strategy of painting. This method makes it possible to coordinate external and internal people, returning to the culture the beauty and power that has been lost today. " (I. Snegur. Painting. Graphics. Diary. Thinking. Conversations. Essays. Moscow, 2016, p. 57) 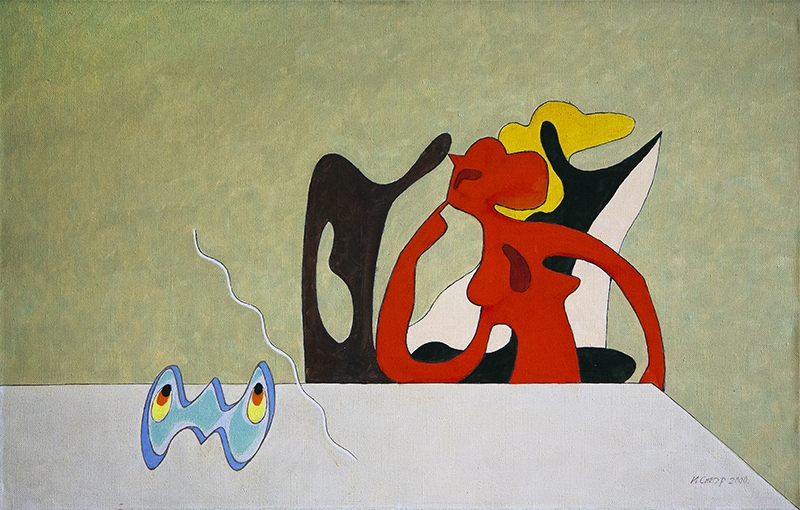 The “metaphysical technologisms” of Gennady Troshkov are supplemented by new symbols-forms in which only gender identity is guessed. The world he imagines seems to him more distinct than the existing, living world. “Having found myself in the world already twisted by modernists of the twentieth century into components, like a child, I collect the technomorphic elements that have appeared to me, and use them to play practically theatrical performances on the plane of the canvas, paper or in other materials. "(G. Troshkov) 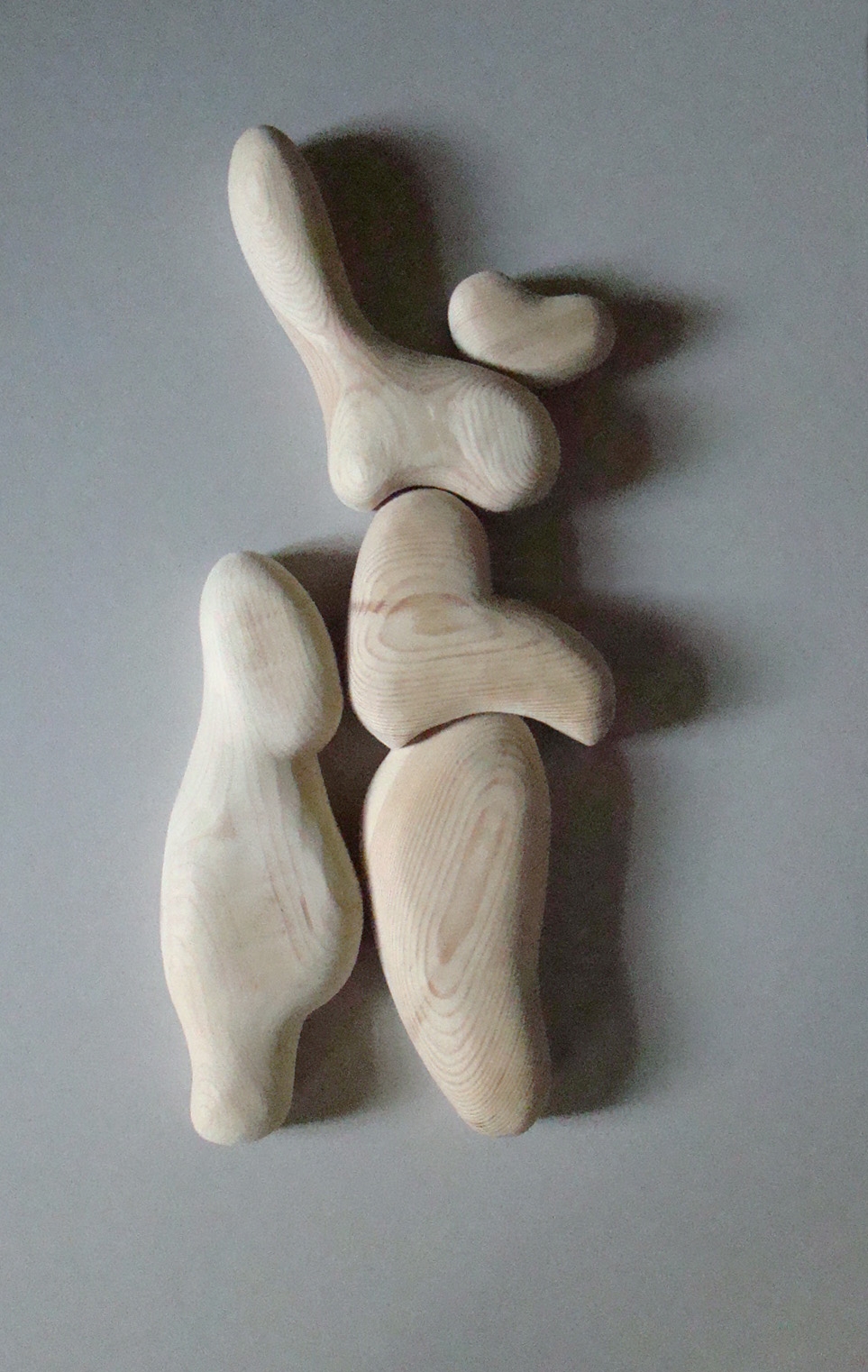 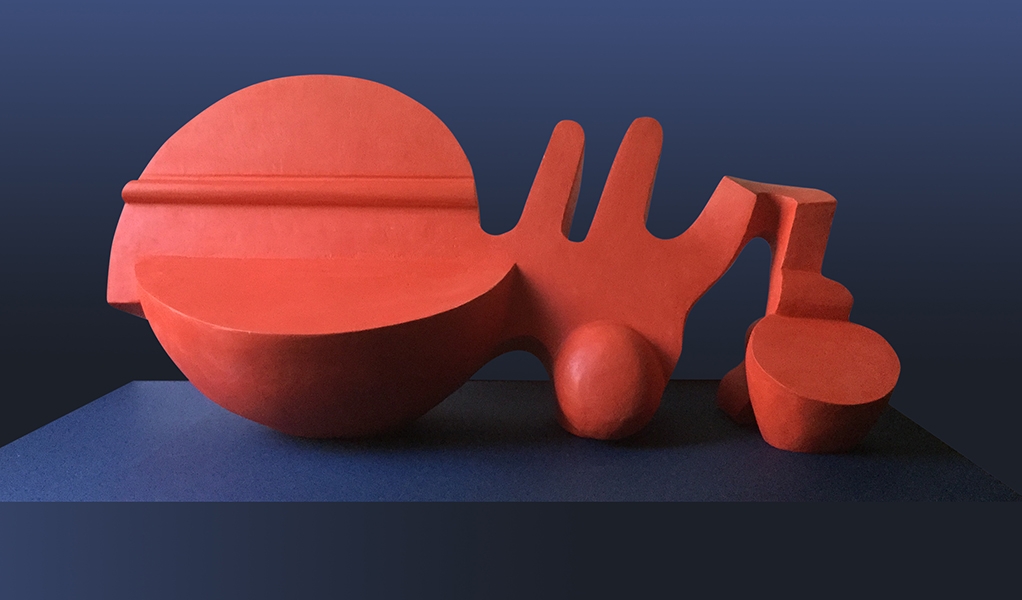 Vladimir Peldyakov presents in sculpture models as if a real human body. However, a transformation also takes place with this real body: it acquires geometric features similar to those of a robot. Fortunately, the transformation into a robot did not take place: the post-avant-garde architectonics of sculpture was able to preserve not only a clear geometric shape, but also to bridge over from the last century to the present.

It seems that today’s history of the artist’s attitude to “nudity” is too contradictory, too merciless to this body. However, take a closer look, and you will see in him not admiration, but compassion. “And in this sense, we have before us… not a cult, not a mass cult, not a sweet-sweet, but a bitter and terrible, ruthless and inviting. Like a cry from the abyss What a call from the cross: Father, why did you leave me? ”(A. Yakimovich)

The curator of the exhibition is Tatyana Paleeva.