Sculptural objects, installations and wire mesh reliefs, chalk drawings and paintings are not the most common “set” for an exhibition project. But for the creativity of the Georgian artist Keti Melkadze, this is natural, as is the name of the exhibition “Gamardzhoba” (literally, by the way, it means “Victory to you!” - this is how people greet in Georgia).

The exhibition "Gamardzhoba! Keti Melkadze ”, which will be held in the ARTSTORY gallery from November 29, 2018 to February 3, 2019, will include works of the last two years. Keti Melkadze prepares some large-sized works specifically for the project, working in the art residence of the gallery in Moscow.

Most of her works are made of ordinary wire mesh. The main tools of the artist are not a brush or palette knife, but hands, scissors and nippers. First you need to completely come up with a future sculpture, then extremely accurately calculate its size. Not on paper - in the head. It will not be possible to paint over, lay another layer, or redo it later - you can literally cut it off only once. 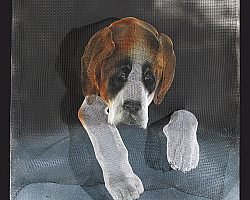 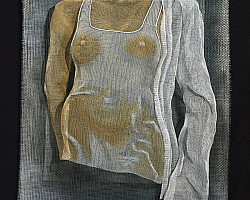 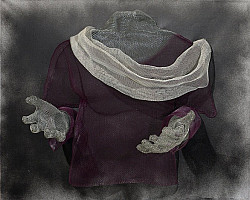 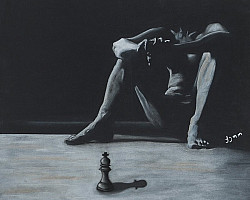 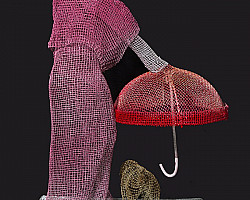 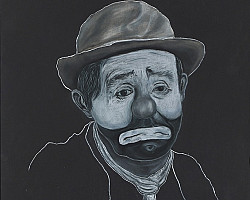 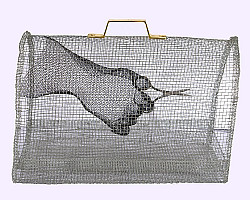 Keti Melkadze was born in Tbilisi, graduated from Tbilisi State University with a degree in Philology. He likes to listen to jazz and classical music and reads a lot all his life. Just a few years ago she became interested in chamber metal sculpture. He knows how to twist, lay in layers, shape a prosaic building grid and get a realistic or abstract sculpture or relief - in fact, a 3D image.

All stories come from life. They give rise to emotions. Kindness, love, honest, not indifferent, sincere attitude of the author to his characters and objects are felt in every work. Be it old men, a funny elephant, a sad dog, a harlequin, or even a fancy sewing machine in the form of a traveling bag, inside which is a hand with scissors. She expresses her social protest against the sale of smoking mixtures in the following composition: hands appear from the net, as if covering a cloud of smoke. Instead of the sword, the statue "Mother Georgia" has a selfie stick. “Why a sword when you can hold an iPhone and take a picture?”

Sometimes Keti Melkadze makes sculptural portraits of famous people and gives to his characters or museums. Portraits of Sofiko Chiaureli and Otio Ioseliani found a place in the museums of the actress and writer. Keti says that she learned a lot about Jose Carreras before giving him a present at a concert he gave in Tbilisi: “Most of all, he loves Barcelona and the Barcelona football team. I made him a Gaudi-style lizard on the Barcelona ball. ” By the way, recently and her respected Mikhail Mikhailovich Zhvanetsky appeared his portrait from the grid.

There will be many 3D portraits of animals that Keti loves so much at the exhibition. Elephants, dogs, even camels - an anagram of the name Melkadze reads as camel.

The artist gives names to his works infrequently. They come up with viewers, subscribers of its popular pages on social networks. One of the memorable signatures to the work: "It is very easy to do good, but it is difficult to be kind."

Melkadze’s works are in museums, various institutions and theaters of Georgia, as well as in many other countries. For the artist, it’s more important not only to remember her last name, but to understand that the work is from Georgia.

“I am a purebred Georgian and a patriot of my homeland. I came not only to make an exhibition in Moscow, but also to say again: there is no need to quarrel and fight. I want to invite everyone - Russians, Georgians, Abkhazians, Ossetians. And I want to show everyone - we are friends. ”