November 19, 2018 in the St. Petersburg State Theater Library (Zodchego Rossi St., 2), an exhibition of the works of photographer Alexander Kitaev “City of Muses” will open.

The work of Alexander Kitaev has become for several generations of citizens a symbol of the St. Petersburg school of photography, a model of classical light painting.

Photographer, curator of exhibition projects, historian of photography Alexander Aleksandrovich Kitaev was born in Leningrad in 1953. In 1977, he graduated from the faculty of photojournalists of the City University of Rabcors at the Leningrad House of Journalists. In 1972-1988 he was a member of various amateur associations, including Friendship and Mirror. In 1978-1999 he was a photographer at a shipbuilding enterprise. From 1996 to 2010, he carried out eighteen exhibition projects as a curator. Member of the Union of Photo Artists of Russia (1992) and member of the Union of Artists of Russia (1994). Fellow of the City Hall of Paris (2006). The author of many publications and lectures on the history and theory of photography.

Sophisticated black-and-white photographs of Alexander Kitaev reflect the classical landscapes of St. Petersburg - the city of fogs, with rivers and canals “chained in granite”, which reflect bridges, gratings, lights, belfries… “In Kitaev’s Petersburg, a person resigned to the role of staffing, as well as dogs, cats, pigeons - people and simple fauna generation after generation quietly flows through the city. Its true population is statues… ”(A. Tolstova). Photographic works from the series “Involuntary Landscape Line” were kindly provided by the author from his collection. 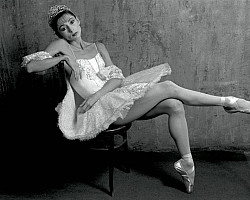 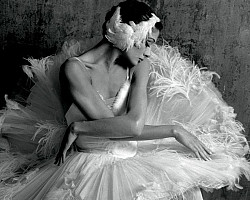 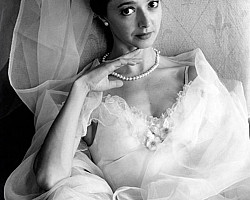 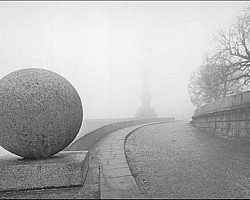 City statues literally come to life in a series of portraits of nine beautiful women, famous ballet dancers of the Mariinsky Theater: Ulyana Lopatkina, Diana Vishneva, Julia Makhalina, Anastasia Volochkova, Zhanna Ayupova, Altynay Asylmuratova, Irma Nioradze, Maya Dumchenko, Svetlana Zakharova. “Ballet photography has long been turned into an independent object of gathering, it compiles separate funds of theater museums, and it distinguishes its traditions and techniques. Kitaev had the courage to neglect the prevailing genres of ballet photography (“scenes from the play”, “the actor in the role”, the official portrait, etc.) and focus on a kind of intimate portrait that makes it possible to forget about the thorough stage makeup and well-adjusted pose, but, nevertheless, demonstrating the originality of plasticity, and artistry, and the bright personality of each of his models. "(Y. Demidenko). These portraits are included in the collection of the St. Petersburg State Theater Library.

All the works presented at the exposition were created at the end of the 20th century and are made in the technique of classical black and white photography.