The idea of ​​the project arose during the visit of the delegation of Italian artists to Kazan in August 2018. The aim of the project is the integration of young Russian artists in world art processes. Project exhibitions in different cities of Russia and abroad should become a launching pad for young people. One generation, art education, printed graphics, but different countries, all this sets a certain spirit of competition. Young artists have the opportunity to learn from each other and see themselves in the context of modernity. Alexander Artamonov proposed specifically for young graphic artists the theme of recognition and its interpretation in various techniques of print art. The theme found a sincere response in the works of 6 Italian and 8 Russian young artists and inspired them to express their attitude to the phenomenon of recognition by means of printed graphics, using a variety of techniques - silk-screen printing, linocut, etching, collage, collagraphy. In this project, it is recognition of each other, country, traditions of art education and culture.

The theme and name of the Recognition project is rooted in antiquity. Even in the “Poetics” of Aristotle - this is “anagnorisis” - a turning point in a dramatic work, when the secret becomes apparent. Recognition, as a rule, is confined to the culmination of an action; after it, events tend to an end. Without recognition, there is no perception as a conscious, meaningful process, but recognition is also the preservation and reproduction within perception. To know is to recognize: recognition is an act of cognition.

Recognition, being a mental process located at the junction of memory, thinking and perception, lies in the ability of perception to quickly interpret images as already familiar, with certain connections in memory. In recognition (as well as reproduction), imprinting and memorization are manifested. 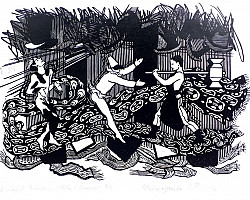 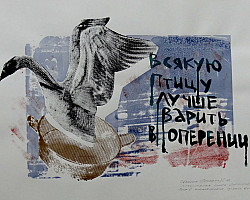 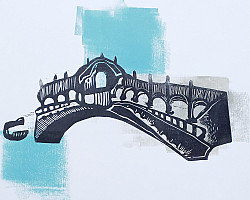 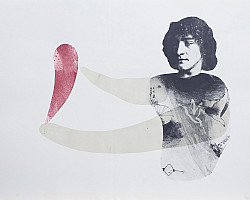 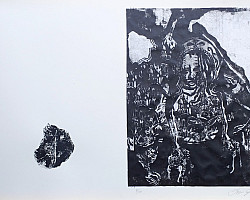 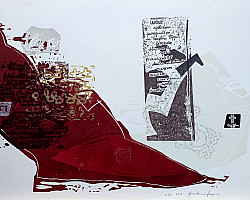 The first exhibition of the Recognition project was held at the Khazine National Art Gallery in the summer of 2019. She aroused great interest in the cultural community and was widely covered in the media.

Young artists represent several art schools that they graduated from in the recent past or in which they still study: the Brera Academy of Fine Arts in Milan, Kazan Art College named after N. I. Feshina, Moscow State Academic Art Institute. V.I. Surikova, St. Petersburg Academic Institute of Painting, Sculpture and Architecture named after I.E. Repin at the Russian Academy of Arts, Kazan Institute of Culture and Arts. The works of young authors reflect the specifics of art systems and worldviews, emerging due to different principles of art education. Each author has his own "artistic face" and in the specified format created a graphic trilogy. In it, in the language of symbols and associations, they reflect on the history, culture, traditions of the two countries, share their ideas and memories of the past and future, of life, what it once was, what will become later, about the imperceptible, but rigorous movement of time, which committed before their eyes and entails inevitable changes.

Most of the participants in the Recognition project have never been to the friendly country to which they dedicate their works. In the plots of their works, they rely on historical and emotional memory: Italians - on the textbook images of the Russian icon, nesting dolls, birds Alkonost and others, trying to understand the history of Russia and Russian national character through symbols and allegories. Russian artists turn to the works of Italian architects in Russia, to the works of famous personalities whose life was connected with our countries, to Italian architecture, which they have not yet seen, but familiar from photographs and films; to Italian cuisine and Italian theater, which became part of the Russian cultural code.

Of course, during the work on the project, young artists saw and interpreted familiar images in a new way, learned many previously unknown facts for themselves, and made professional discoveries. And for each of them, the country to which their thoughts and creativity were addressed has become closer and more understandable.

The project provoked artists to search for themselves in the space of art, opened horizons and expanded boundaries in the context of the development of world art today.