THE ORIGINS OF COLOR / ORIGIN OF COLOR - Paul Rosero Contreras

WHO I AM Gallery

After the discovery in 1535, the Galapagos Islands remained extremely sparsely populated until 1832, when they were legally annexed to the Republic of Ecuador. For three centuries, the archipelago was visited by pirates and whalers, and then the islands were the location of the prison and base of the American army until the Galapagos was recognized as a national park in 1936. Now the islands are UNESCO World Heritage Sites and the World Biosphere Reserve. Due to the relatively small influence of mankind, the archipelago has a unique ecosystem and acts as a visual "laboratory of evolution."

ORIGIN OF COLOR - This is a multimedia exhibition consisting of graphics, photographs, sculptures and videos, shot above and under water at different points of the Galapagos. Through selected mediums, author - Paul Rosero Contreras - explores the utopian myth of isolation and absence of states associated with “enchanted islands”. At the same time, new approaches to the interaction of man and the environment, as well as the artistic understanding of the biological phenomena of the Ocean, are shown. 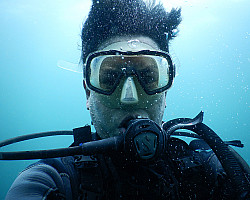 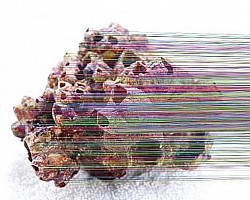 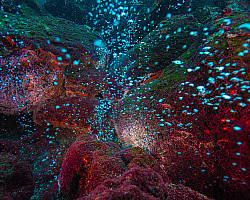 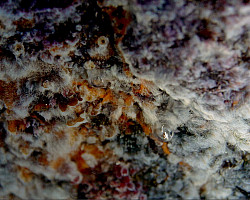 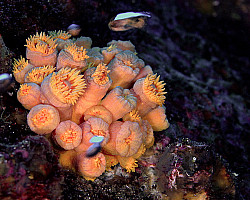 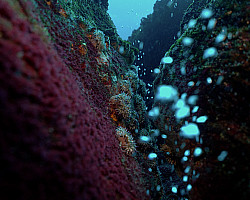 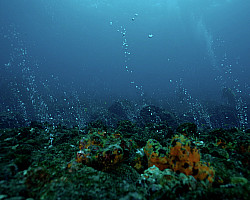 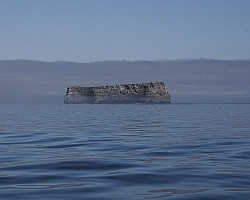 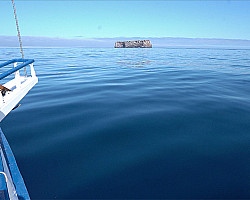 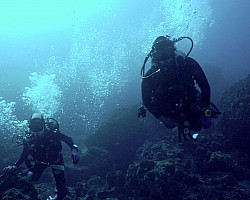 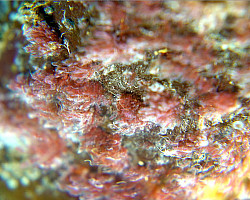 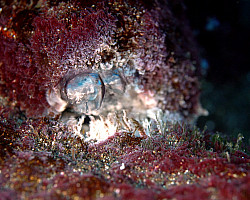 The exposition presents the results of a number of art & science expeditions to the Galapagos Islands National Park (2017 - 2018), which took place in close collaboration between artists, biologists and philosophers. The point of the planet, which is usually associated with the “origin of species“ *, will open to the visitors of the exhibition the secrets of the origin of color. Here endemic as characters and active volcanoes as a sci-fi landscape are woven into parallel stories about human destinies and inhuman universes.

Paul Rosero Contreras is a contemporary concept artist. Born in 1982 in Quito, the capital of Ecuador. He holds an MA in Fine Arts from the California Institute of the Arts (CALArts) and an MA in Cognitive Systems and Interactive Media from the University of Pompeu Fabra in Spain. Currently researching and teaching Art, Sience & Technology at the University of San Francisco de Quito in Ecuador. His works have been repeatedly awarded special prizes and grants and were widely represented at international art events, such as the 57th Venice Biennale, 5th Moscow Biennale for Young Art, 1st Antarctic Biennale, Cuenca Biennale, Biennal del Sur, Siggraph in Los Angeles, as well as are in the collections of the Musee Quai Branly in Paris, the Instituto Cervantes in Rome, the Museo de Historia de Zaragoza in Spain, the H2 Center in Augsburg and others.

The artist’s distinctive approach is to work with scientific evidence, speculative realism and fictional narratives. His artwork addresses topics related to

geopolitics, environmental issues, and relationships between people in extreme conditions.

WHO I AM Gallery is a modern multifunctional project that combines fashion, design and contemporary art. Events of various formats are regularly held in the gallery space: exhibitions, lectures, discussions, concerts. WHO I AM Gallery, in collaboration with contemporary artists, participates in the creation of exclusive objects, developing a new form of communication, rethinking modernity. The gallery presents not only contemporary artists, but also the WHO / AM brand of clothing and accessories of the same name, jewelry of the Yakubov Jewelry House brand, as well as unique interior items.