"Requiem" - the most mysterious and great work of Mozart. It will be performed by soloists, choir and orchestra. Next to Mozart will be Michelangelo. Two geniuses will meet under the arches of the cathedral. 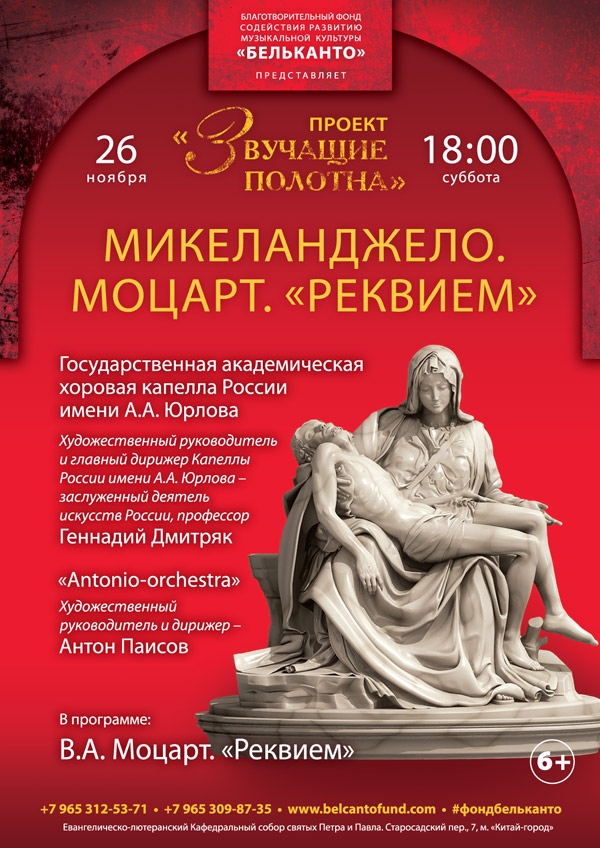 "Requiem" by Mozart. A masterpiece of mystery. Testament of a genius. His last “forgive” an elusive life and the justification of the high meaning of the existence of the universe. In music, the universe is reflected, through the eyes of man. And man - through the eyes of the universe. Mozart did not have time to finish this work of his, but what was preserved is enough for inexhaustible delight. It is known that the order of "Requiem" is the work of Count von Walzegg. It was he who sent the mysterious stranger to the composer in need of money. At the first performance of Requiem on December 14, 1793, the score stated the following: “Requiem for the works of Count von Walzegg”. The act is certainly vile. But, on the other hand… thanks to this… the great "Requiem" of Wolfgang Amadeus Mozart happened. The baseness contributed to the birth of the sublime, just as humus promotes the growth of a flower. We will not condemn the hapless graph. Forgive him. And enjoy the great music.