THE IMAGE OF THE POET HERO IN THE FINE ART. On the occasion of the 110th birthday of Musa Jalil

On the occasion of the 110th birthday of the outstanding Tatar Soviet poet, publicist, Lenin Prize laureate, Hero of the Soviet Union Musa Jalil (1906–1944), the State Museum of Fine Arts of the Republic of Tatarstan prepared an exhibition from its own funds dedicated to the memory of the hero poet.

“In our country, no impulse addressed to the people does not die, does not get lost, does not remain without gratitude. This is the great regularity of our society and great human happiness, ”wrote his contemporary, poet Mikhail Lukonin, about Musa Jalil’s heroism. Jalil’s passionate art, his military feat resonated with the masters of fine art: the poet and his “Moabit notebooks” are devoted to paintings, graphic works, sculptural portraits, works of decorative and applied art. In the six decades that have passed since the creation of the first works on the heroic deed of a warrior poet, the Jalilian has developed and continues to develop.

At the exhibition, offered to the audience of the Pushkin Museum of the Republic of Tatarstan, more than 30 works by artists of Tatarstan are presented. Here the first painting, introducing the personality of Muse Jalil, is the work of Kh. A. Yakupov “Before the sentence (Poet patriot Musa Jalil, executed in the Moabit prison in 1944)”, 1954; graphic works in the linocut technique of I. L. Yaznin, illustrating Jalil’s poems “Forgive me, Homeland”, “Barbarism”, “Storm”, “Wolves”, etc. 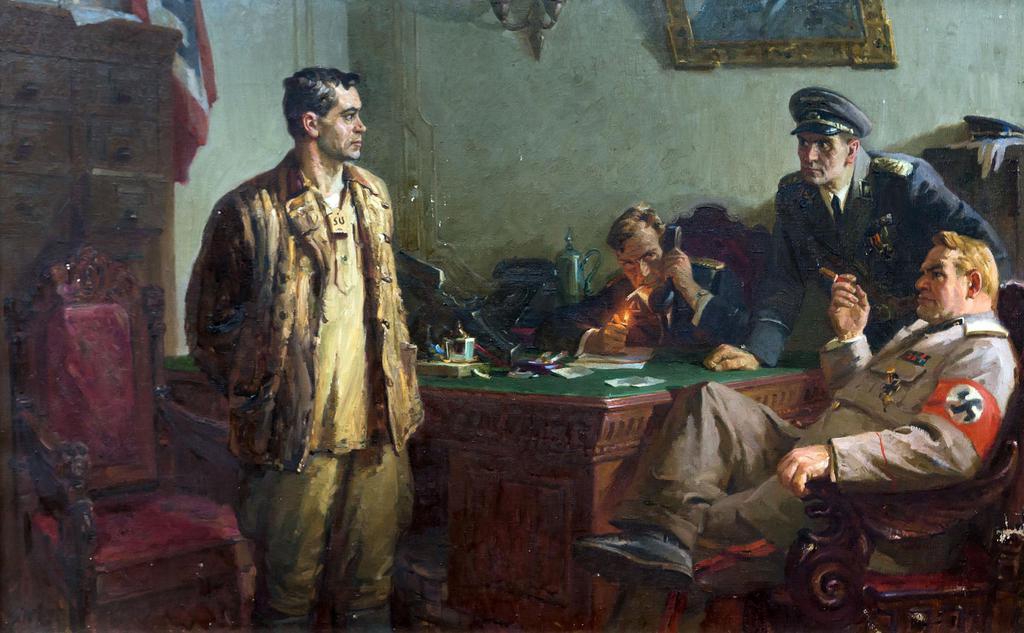 H.A. Yakupov. Before the verdict

The bronze bust of Jalil, created from life in pre-war Kazan by the sculptor S. S. Akhun and completed in 1957, conveys the outwardly reliable appearance of the poet.

In the poet’s bust, made by the sculptor V.M. Malikov in the early 1970s, the image of Jalil is based on the author’s desire to fit the intensity of feelings into the clear parameters of the work, predetermined by the historical personality of the model.

The development of “Jaliliana” in the seventies can be traced by getting acquainted with the paintings of N. A. Biktashev presented at the exhibition “M. Jalil ”(1971), I. V. Rafikova“ Dzhalilovtsy ”(1975), V. I. Kudelkin“ Musa-Politruk ”, etc. In subsequent years, V. P. Arshinov did a great job of interpreting Jalil’s poetry, creating graphic variations based on the Moabite Songs.

The exhibition at the Pushkin State Museum of Fine Arts reveals the personality of the hero poet, which is deeply attractive to masters of fine art.

The exhibition will last until the beginning of April.