New Year’s tree of new generation for children and their parents "Caution Yeti!" (0+)

"Beware, Yeti!" - a new-generation Christmas tree for children and their parents. Boring, unusual, unpredictable, non-standard. The house of the architect in Granatny Lane will turn into a gaming space divided into several zones or game stations. 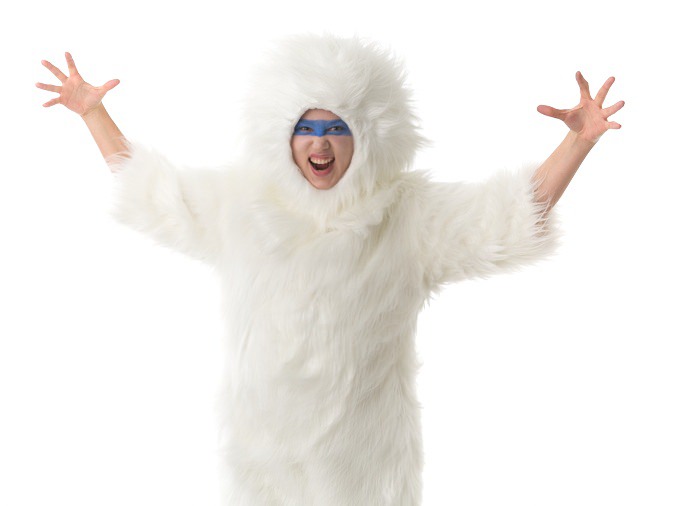 The Snow Maiden will meet you in the lobby. She will warn what will happen next, help to get comfortable and conducts to the hall. But not just a hall, you will find yourself in the ice cave of a yeti with original decorations - in fact, a children’s night club with Santa Claus as a DJ. The program and the environment will appeal to participants of any age and temperament, and the child himself can choose what to do.

For 0+ children, we came up with a sensory sandbox and a fleecy carpet that you can crawl along, dragging the fur of good-natured yetis. If the child is more than three, he can leave his pillows, crunch dryers, play on pots, cook dough or make an outfit and dance. Children from five to seven years old decorate the Christmas tree, make toys, look for ingredients for a magic diesel, dance at a disco.

And if mom permits, you can catch sweet lozenges with your mouth.

The main task of the quest is to collect the ingredients for a magic diesel engine that runs the highlight of the program: a snow machine. Under the direction of the Snow Maiden, children will look for a million objects hidden in a cave for panting, rattling, winking and releasing snow-white confetti in the laboratory of magic snowflakes. It will end with fireworks and a disco.

And also: Dancing and music, basketball freestyle, DJ Beatbox, performer of the role of the fairy Violets on the channel "Carousel" Katerina Mazhul, dancebuttle.

Tickets: 1200 rubles, children up to a year - free of charge, discounts are given to groups.

What is important to know: be sure to take your child a change of shoes