Gennady Pravotorov "In line with traditions" 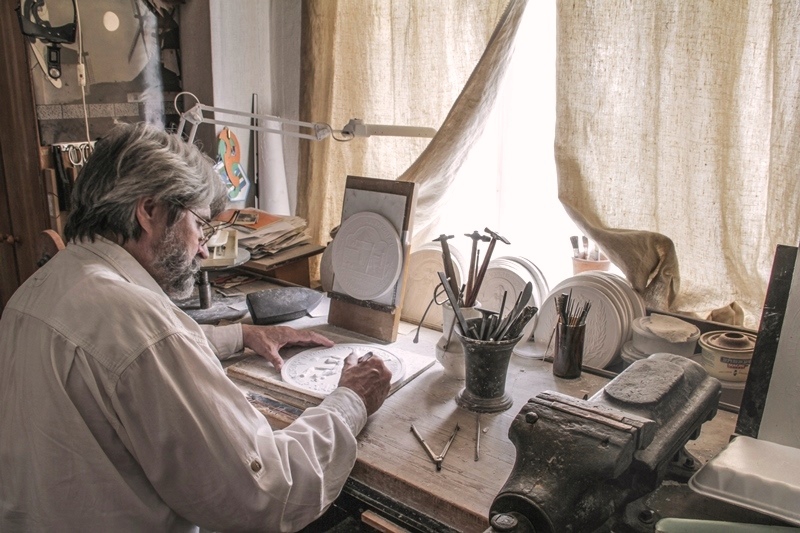 A retrospective of the works of the famous master of medal art includes medals and plaques created over several decades.

The works of Gennady Ivanovich Pravotorov (born 1941) are devoted to various topics: history and modernity, culture and ecology, space as a universe, the harmony of man and nature.

In 1968, G. Pravotorov graduated from the Moscow Higher School of Art and Industry (formerly Stroganovskoe). In the 1980s, the sculptor turned to the theme of Russia’s heroic past, creating a large wooden relief based on the Words of Igor’s Regiment, as well as reliefs in a tree: “Prophetic Bayan”, “First Printer Ivan Fedorov”, “Andrei Rublev”. In the poster “For the Russian Land”, which was the most complicated in its execution technique, he continued the best traditions of Russian small plastic art - cast bronze icons, Orthodox folds and crosses.

G. Pravotorov continues the topic of spiritual continuity in a series of medals and a plaque "History of the Russian State" dedicated to outstanding personalities who have brought benefit and glory to our Fatherland. The artist created convincing images of figures of Russian culture and science, such as Cyril and Methodius, Daniil Zatochnik, the scientist D.I. Mendeleev, L. Tolstoy, F. Dostoevsky and many others.

G. Pravotorov is the author of more than 10 memorial plaques, including I. Bunin and Yu. Kazakov in Moscow, A.P. Chekhov in Sri Lanka, D. Mendeleev, S. Remezov, the royal family in Tobolsk and etc. On the occasion of the 170th wedding anniversary of A. Pushkin and N. Goncharova, the artist completed a memorial plaque for the Great Ascension Church at Nikitsky Gate in Moscow.

The sculptor works both in the classic round medal and in a large plaque with the compositional development of several plots at once, often combining the elements of the medal and plaques, which gives them sharp expressiveness and decorativeness.

Each topic for G. Pravotorov is a long selection, reflections on the fact that the medal is not just a work of art, but a kind of historical monument. “It seemed to me that literally before musicality I felt the plasticity of the Sumerians and the Assyrian relief, the grace of ancient Egyptian, the subtlety of the antique,” ​​the artist says.

The sculptor’s desire for a detailed, comprehensive disclosure of the theme gives rise to diptychs, triptychs and series (diptych "1812", triptychs - "800th anniversary of" The Words about Igor’s Campaign "," Ballad ").

On the occasion of the 250th anniversary of the Imperial - Russian Academy of Arts, G. Pravotorov performed 17 commemorative medals dedicated to the presidents of the Academy, from I. I. Shuvalov to Z. K. Tsereteli.

A series of commemorative medals "Slavn Grad Tobolsk" combines the images of our famous compatriots, whose life was connected with this ancient city. Among them are such vivid personalities as the builder of the Tobolsk Kremlin S. Remezov, the poet P. Ershov, the Decembrist V. Kyukhelbeker, the composer A. Alyabyev, the artists V. Perov and V. Surikov, the author of the project for the television tower in Moscow N. Nikitin and others.

The sculptor moved away from the traditional round medal in a series of plaques “Patriarchs of Moscow and All Russia”, giving them the form of a small-format icon. It consists of 16 works and includes portraits of all patriarchs - from Job to Cyril.

In 1915, a series of portrait medals “The First Cosmonaut Squad” was performed at the Moscow Mint. In the new series “Poets of the Silver Age” medals dedicated to S. Yesenin, A. Blok, N. Gumilev, A. Akhmatova and others were made. The series “Vysotsky in Theater and Cinema” begins with a portrait of the actor and poet. All the plastic of the medal is sharp, conveying the tragedy of the personality of the actor, the images either fill the field of the medal, or are reduced to small details.

Many works by G. Pravotorov are devoted to the lyrical theme - the theme of love, a young family, motherhood, harmony of man and nature.

The sculptor’s works are distinguished by an original and original creative manner, they have received recognition at home and abroad. At the International Competition "The Revival of the Medal" (FIDEM), the sculptor was awarded the title of laureate "For Lyricism and Poetics in the Art of the Medal."

For the series "Romanov Dynasty", consisting of 20 medals, G. Pravotorov was awarded the silver medal of the Russian Academy of Arts. Concisely and accurately, the master embodied the 300-year history of the Russian imperial family.

In 2006, the artist was awarded the gold medal of the Russian Academy of Arts.

The work of G. Pravotorov is distinguished by high professionalism, good taste, and the ability to express thoughts clearly, emotionally, and convincingly. His works are in Russian and foreign museums, monumental panels and reliefs adorn the buildings of Moscow, cities of Russia and other countries. 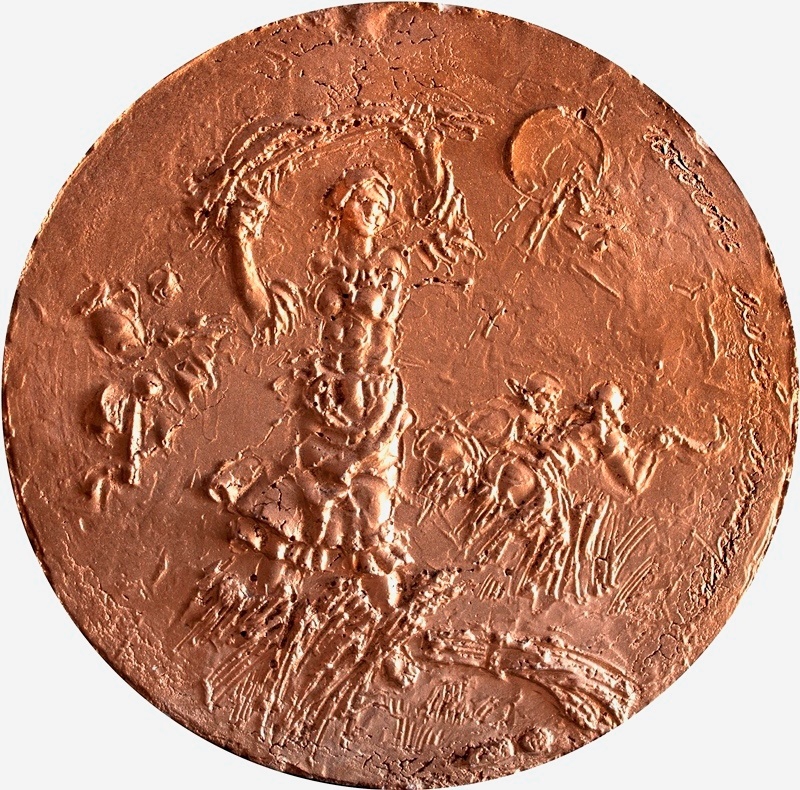 Model of the Reaper medal 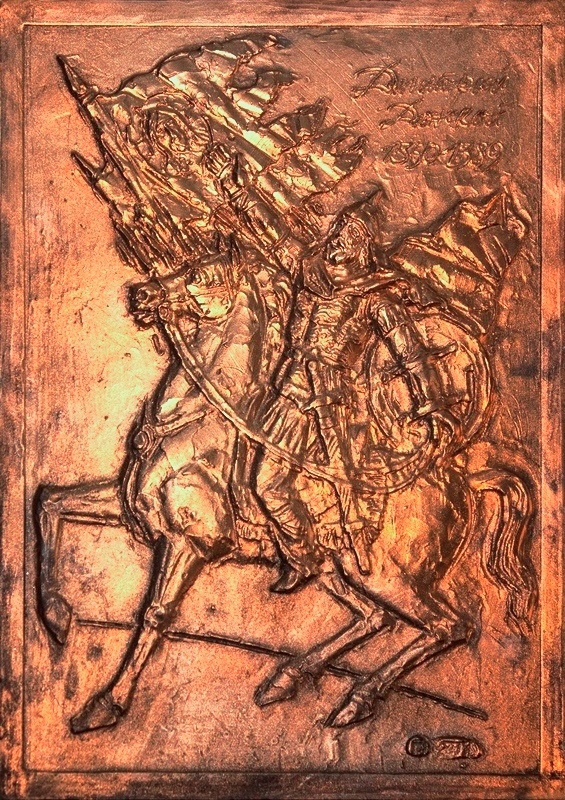 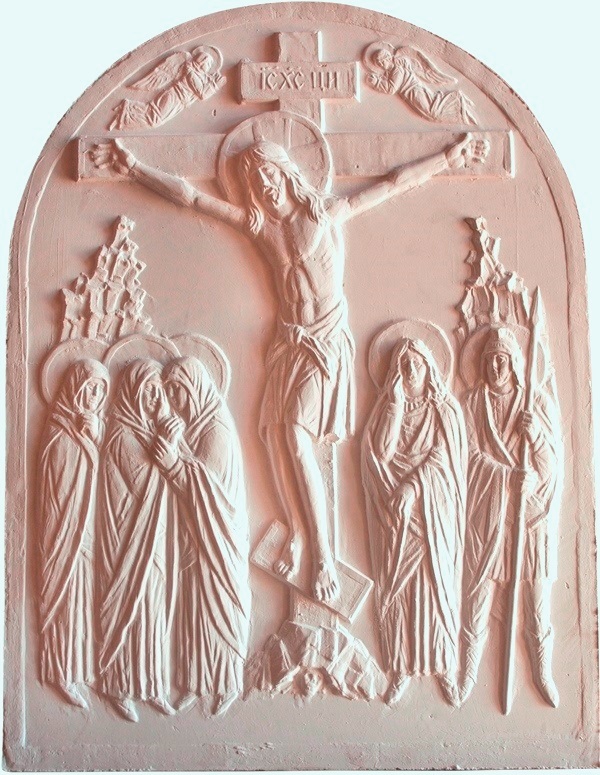 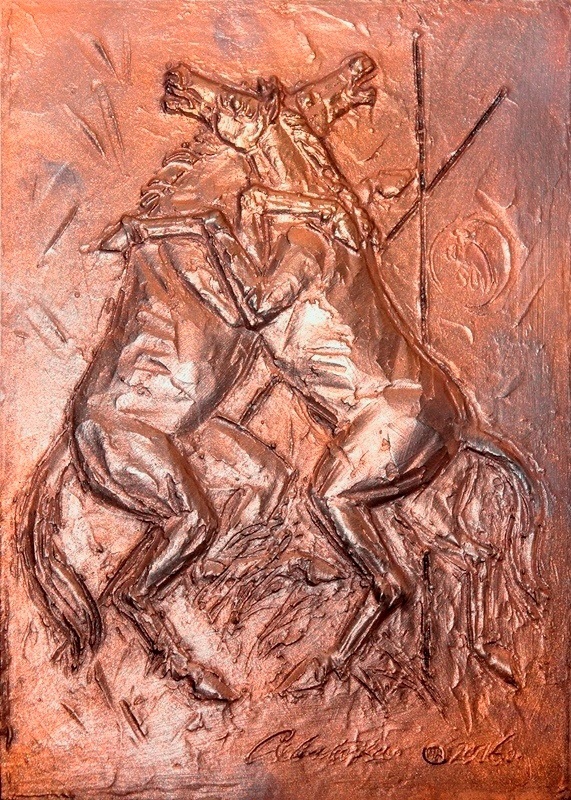 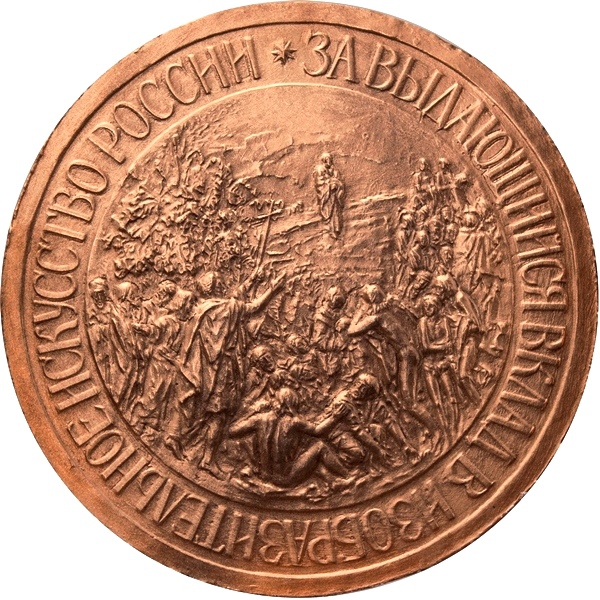 The reverse of the medal of Alexander Ivanov