Even in the Renaissance, during the time of great artists, every rich person wanted to boast of an original interior, an expensive unique collection of paintings or sculptures. A real work of art with the original signature of the artist was quite expensive, however, it was not only a desire to succeed in everything and be the first collector among the owners of these works, but also to pay tribute to true creativity and art. 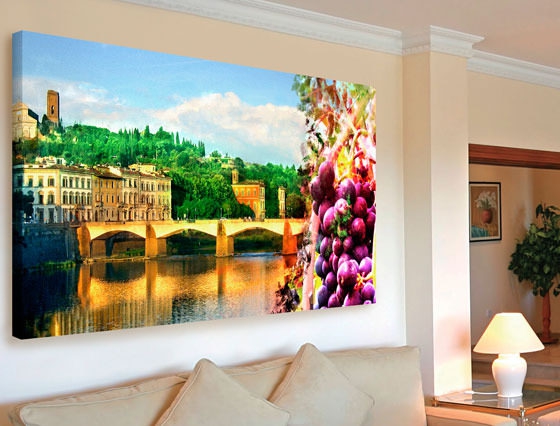 Wall painting with masterpieces is known since the time of Leonardo da Vinci. For years, the artist painted the walls of the temple, painted portraits for specific customers. At the service of the rich lords and dukes were the most famous artists to date. Further, the tradition spread to Picasso and Dali. Abstractionists at the beginning of the last century were at the peak of popularity due to a completely new perception of the world and the transfer of this representation to canvas. A huge number of rich people sought to collect the original works of these artists.

Naturally, the fashion for real paintings forced to soar to the heights of popularity and prints with images of famous paintings. Original images of people, animals and historical events still adorn the walls and ceilings of palaces, estates of wealthy people. Especially widely the tradition of painting spread in silk-screen printing - a very luxurious way to create beautiful paintings and miniatures. Since the beginning of the twentieth century, the fashion for so-called prints - copies of genuine works of art, has been embodied in seriography - printing using silk mesh. Of course, to this day, the originals are considered something special, but, unfortunately, there are not enough talented artists and real masterpieces for everyone. Many people want to see in their apartment an absolutely exact embodiment of the Mona Lisa, the Madonna or the Last Supper, for which there is print on canvas . Thus, the fashion for prints, of course, remains very relevant and popular.

A special distinguishing feature of the print is its right to be considered an independent work of art. This is not just a printed copy or reproduction, it can be a completely original work, while authentic and original. So already by the middle of the last century, their talents had appeared in this area, and the widespread use of prints in interiors using wide spectra of colors and shades influenced the attitude towards series. In the human mind, this way of applying colors, creating copies has become a full-fledged creative activity. At the same time, the copied picture, whether it is an old image of Van Gogh or Michelangelo, or the authors of modern series, is no different from the original. It has its signature and number, guaranteeing the owner originality. Naturally, few can afford such a pleasure, especially if there are very few organizations entitled to engage in such services.

It is not easy to make a real genuine and high-quality picture, all the more so to get the right to use original copies and genuine images. The monopoly in this matter gives rise to fairly high prices. The more interesting and original image you are going to get - the higher the price will be. Also important here is size and quality. At the same time, prices are approximately the same in different parts of the world, not counting some fake options. Since, by acquiring the original print, you get a fairly valuable copy that remains in your possession for centuries. 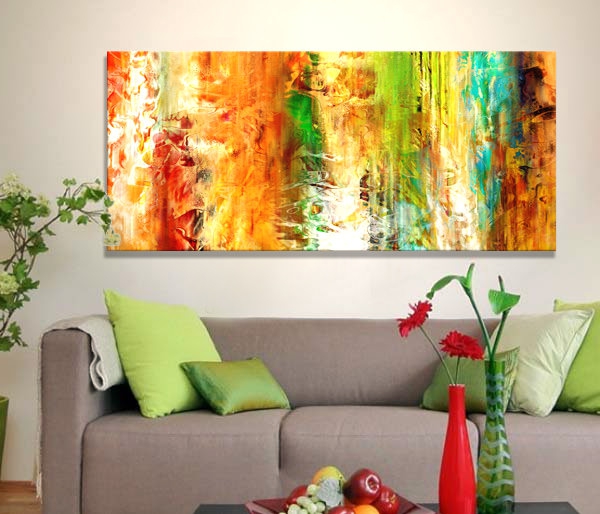 Some question the belonging of prints to real art. It can be attributed neither to painting nor to photography. However, it suffices to recall the famous collection of Andy Warhol with images of Marilyn Monroe. One cannot but agree that Warhol was able to display the uniqueness of Marilyn. An unusual method of execution emphasized the elegance of a Hollywood star, enclosed it, which have become classic images, in an original frame. Of course, Marilyn herself was created for the camera and images, but the collection was still worth the money for which it was sold.

Authors, as a rule, sign their works with a genuine signature and personally participate in reproducing the painting at all stages. The higher the quality, authenticity and talent of the author, the greater the participation of the creator in all works. The circulation is also limited to a certain number of reproductions. The smaller the circulation, the more expensive the serialization.

Today, print is considered the culture of the rich, not so much because of the high price, but because of recognition in the higher circles. Exhibitions of such art are visited by wealthy people. Works sold at auction also deal mainly with experts from the upper classes of society. Such a culture cannot but be recognized among the general population. Of course, as mentioned above, not everyone can afford this, but exhibitions can be made accessible to everyone.