PARIS. "The best of my students." It was with these words written by the diplomat, Secretary of State and renowned art collector Dudley Carleton that Pieter Paul Rubens described Anthony van Dyck, a young artist with exceptionally early talent who worked in his studio. It was in 1618, Antonis was only 19 years old, and his fame was already spread throughout Europe. 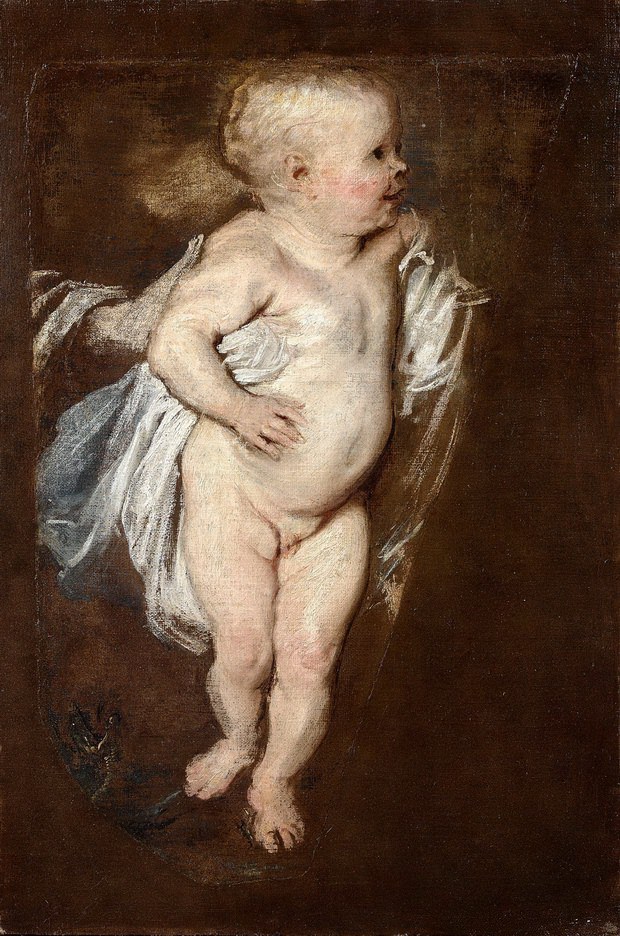 Born in 1599 in Antwerp, van Dyck from an early age showed an absolutely incredible talent for drawing and painting. So, after apprenticeship with the artist Hendrik van Balen in 1617, he entered the studio of Peter Paul Rubens, who was then the most influential Flemish artist in Europe. This period was fundamental to the work of van Dyck. In fact, he grew up on the testament of one of the greatest artists of his time.

The other day, the auction house ARTCURIAL presented a new found work, which relates to the early Antwerp style of the painter. Specialists date the drawing around 1617-1619, when Anthony studied and improved his skills under the watchful supervision of his glorious teacher. He was not yet a great master of portraits, the forerunner and inspirer of the whole English school of the 18th century, but he already demonstrated completely discouraging virtuosity.

The found sketch depicting the baby Jesus allows us to take a fresh look at one of the greatest painters of the 17th century at the beginning of his career. The young artist made progress through repeated repetition of works of this type, over and over again exploring the properties and possibilities of oil paint. Therefore, each sketch found is so important for understanding the artistic vision of a young van Dyck. Using the movements of the brush and perfect mastery of the technique, the artist conveys a feeling or emotion, depicting an instant flashed before his eyes. In van Dyck’s sketch, time stops, the moment turns into eternity. It seems that the child is moving, his eyes are shining, he is full of joy in life and curiosity for the environment. Almost physically, the unstable balance of the baby, taking its first steps, is felt. He is supported by a hand reminding us that this picture was created just at the time when van Dyck had to grasp the basics of the anatomy of the smallest models.

The style and manner of the new sketch are typical of Van Dyck’s early works. They reveal powerful painting, a dense and almost sculptural finish, with the characteristic use of a very dark brown background to trim the figure. The drawing also demonstrates layering, especially on the face and legs, typical of Rubens and his students. We can observe the same technique and similar movement of legs in Martyrdom of St. Sebastian, an early painting of the same Antwerp period, now exhibited in the Louvre. In the painting “The Holy Family”, now known only from the print of Bolswert Schelte Adams, we can also see the baby Jesus, similar to that shown in the sketch.

The found work, like many drawings of the Flemish artist, has a rather amazing story. Modified in the XVIII century, after the death of the artist, it became the original for many copies of various qualities created in different periods of time. Baby Jesus lost all his simplicity and touchingness, the hand supporting the child was hidden, and a snake and a globe were added to the composition. So the sketch was transformed into a finished picture, so that the work became “sold”. Today we can see the work of van Dyck in its original, original form. All superfluous was removed and before us is the true plan of the great artist: a child with a pure soul, illuminated by the highest grace.