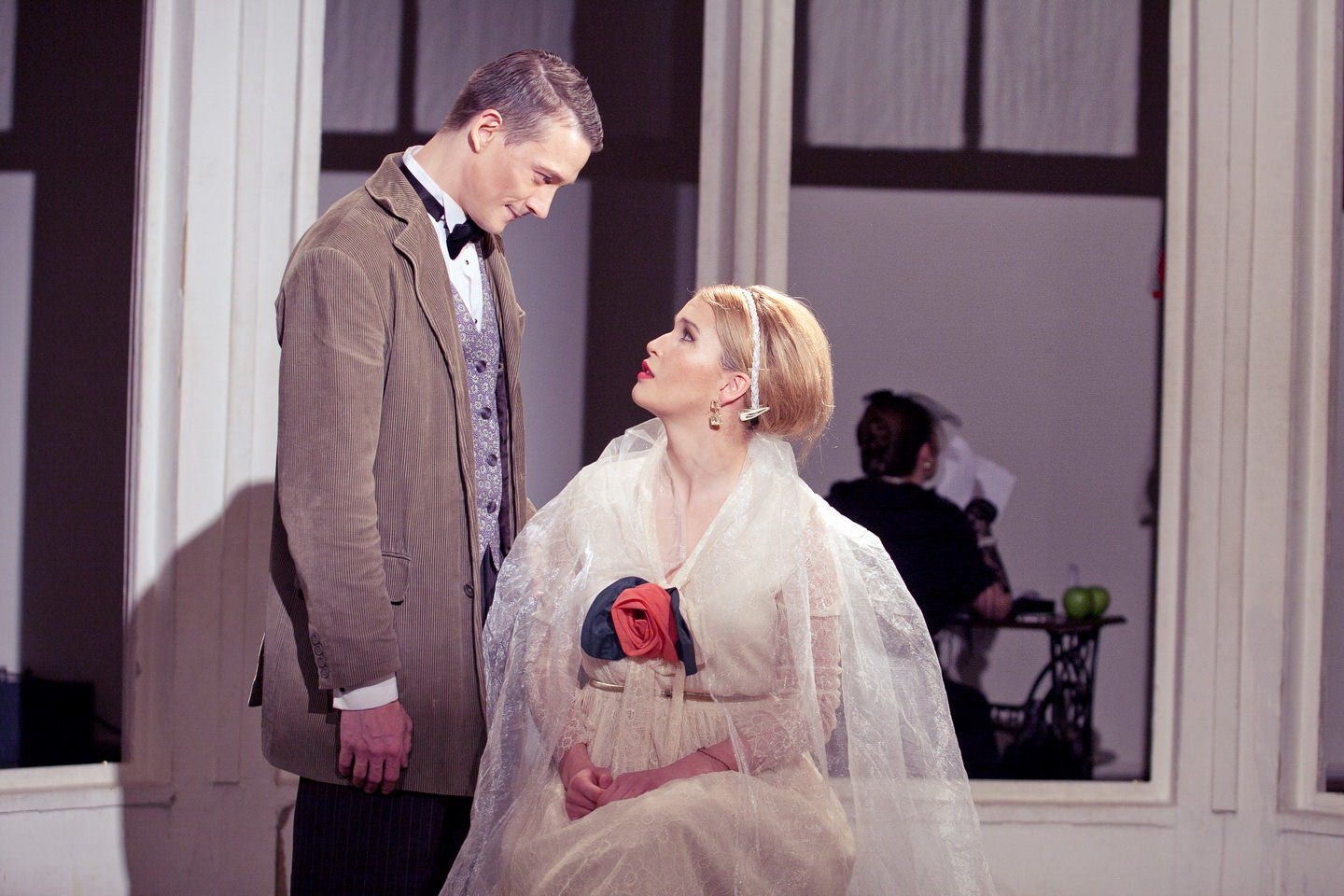 The cycle of loneliness

Taking as his basis two seemingly different plays, he combined them into one Love in a Glass of Water. At first it seems that this is just a good pun, but perhaps something more is hidden in it?

The scene is small and there is no scenery, but does it really take a lot to show someone else’s life, into which we look through the windows? A woman (Ulyana Glushkova), sitting with her back to us behind an old sewing machine, sometimes turns to the hall, talk about herself, about the life of the Wolf, with whom she spends a century, that without children and “there will be no one in old age a glass of water in the face to throw ". Dressed in black, as if still mourning, she speaks in a rather indifferent voice about the past, but rare trembling notes betray that this proud and strong woman is practically broken and devastated by life. Her loneliness is especially sharply felt when children flicker with short filmstrip shots… "I also had twins…"

And so loneliness becomes impossible for her, that with a wide stroke of the pen he writes his new, not perfect world, "a room closely furnished with furniture…". Sveta (Lukerya Ilyashenko) and Tolya (Sergey Gilyov) appear, obediently standing, waiting for the continuation of the story. This technique, the story in the story, successfully puts everything in its place. A Woman who was going crazy needed to at least feel herself necessary, to show her concern, even if the world was invented. But even in her characters, fear of loneliness slips, Sveta clings to her mother, Tolya does not want to let Sveta go, as the only suitable candidate for the role of wife. Repeating everything that he doesn’t know how to love, that he doesn’t deceive, in some places resembling a doll without a heart, leading the viewer to the thought “do we know what it means to love?”

Finally, the Woman inscribes herself in her play, being the mother of Sveta to the heroes. In her own way, guiding her daughter to happiness, she seemed to interrupt the cycle of tragedy. And shaking himself off from oblivion, he asked the audience “are you not a hallucination?”, And the audience exchanged wary glances, - what if?

An attentive viewer will make you think about important issues of your own life. And at the same time, the action on the stage captures, plunges into the world of a beautiful illusion, allowing for an hour and a half to completely escape from everyday life.