"Ball of History" on the Palace Square of St. Petersburg in honor of the 250th anniversary of the Hermitage

On December 6, with the support of the Government and the Committee for Culture of St. Petersburg, a 3D-mapping performance of the “Ball of History” was held in honor of the celebration of the 250th anniversary State Hermitage Museum . 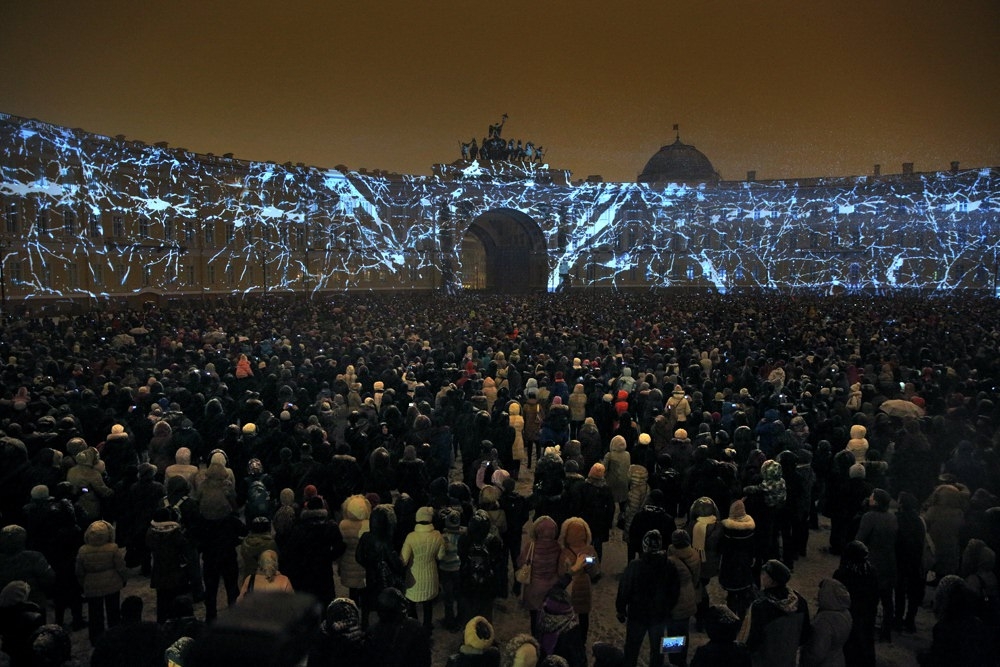 The concept, script, creation of audio content and production were provided by the DANCE OPEN creative team led by stage director Ekaterina Galanova.

To broadcast this action, the St. Petersburg company Screenmaster, it was required to install a huge number of powerful video projectors, which provided unprecedented brightness of the picture in comparison with all previous video shows in St. Petersburg.

The creative team of the Cosmo AV agency (France) worked on the creation of the graphics.

The screen, about 7000 m², was the facade of the General Staff building. 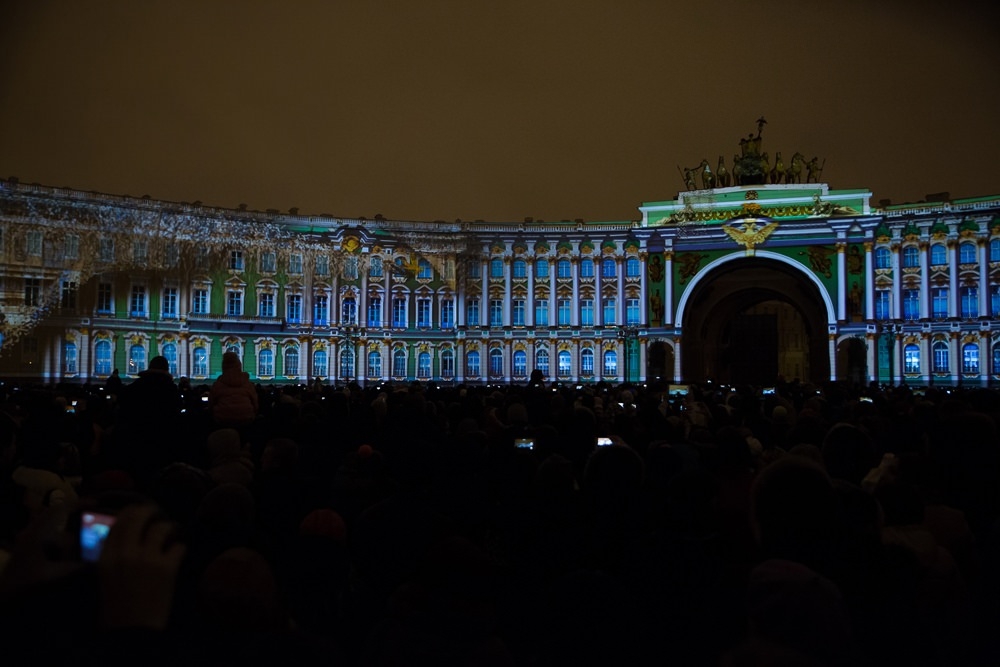 The main events of the history of the Hermitage were projected on the screen, closely intertwined with the history of St. Petersburg and Russia. For this, the creators of the project took more than 1,200 photographs: the facades and interiors of the Winter Palace, the New Hermitage, the Small Hermitage and the General Staff, which were included in the visual series of this unique show. In addition, more than 100 paintings and reproductions of the work of 55 sculptors and artists were used in the three-dimensional video sequence.

The musical accompaniment of the 3D show included elements of the classical works of 12 composers, including the works of P.I. Tchaikovsky, M.I. Glinka, S.S. Prokofiev, J.F. Rameau, D.D. Shostakovich, F.P. Schubert, C. Jenkins, A. Piazzolla. The final shots of the performance were shown under the unofficial anthem of the Hermitage - the song “Atlanta” by A. Gorodnitsky.

The creator of all this magnificent musical score for The Ball of History is the St. Petersburg composer Anton Tanonov.

The musical and figurative narrative was very organically linked by verses by A. Pushkin, M. Tsvetayeva, A. Blok and A. Akhmatova, as well as fragments from contemporaries memoirs performed by St. Petersburg actors Nikolai Burov and Anna Geller.

The audience of this unique 3D-mapping show was more than 200,000 people.