Sweet Samson’s solo show is currently on view in Moscow

and journalist Peter Markov had a chance to interview the artist beforehand.

You have been involved in arts since early childhood, but started a professional career as a designer in 2006. In 2008 you turned predominantly toward the art and since 2012 you have pursued chiefly new innovative techniques. What is “Dynamic Carbon”? Where does this concept come from?

“Dynamic Carbon” is a kind of mixed technique I have consecutively invented by experimenting with a wide range of materials during eight years. Designer’s background showed itself to degree, of course. The core concept is that carbon fiber surfaces are created in such a way that patterns of carbon fiber weaves change its directions and when solidified by resins, various dynamic abstractions appear as result. True, it is much more than that and interesting elements can develop when 3D composition enters into play. For me carbon fiber composite is equally expressive art material as the paint. I came to it gradually while making works with other materials including linen, cotton and synthetic textiles. For a while, I focused my emphasis on vinyl and exhibited some works made entirely of it, but overall I was not satisfied with results to full degree. The first significant work from “Dynamic Carbon“ series is called “Opaque”. It was highly regarded by critics and colleagues, and it received an ArtSlant award in the mixed media category. Currently, I am playing a lot with forms, textures and composition, as well as, adding, purposefully destroying, mixing and combining layers, paints and pigments. It opens certain creative possibilities that can’t be explained straightforwardly and some elements are unique, not to say groundbreaking. One story comes to mind. Once, a famous American artist Roy Dowell visited my studio and asked to tell him about the process. I was explaining about stages of producing the work; he was listening and looking very attentively just to conclude in the end : “I’m still wondering how you make it!”

This is interesting story. No one before implemented an idea to deconstruct and disintegrate carbon fiber in such controllable fashion. Conversely, as far as I know, this material is particularly valuable for its solidity and evenness. What thoughts and ideas have influenced choice of material?

You know, in this case a deconstruction is an interim stage on the path of discoveries of new qualities. Materials and techniques, in some ways, reflect the present moment and spirit of time. For example, plastics became accessible in the middle of 20st Century. At the time, Alberto Burri and other artists used plastics in their work in addition to various substances such as tarpaulin, PVA, and other synthetic materials. Those artists reconsidered a notion of painting and what it means. In my work I have somewhat similar concerns. By combining traditional and innovative means, my work explores transformative nature of canons of painting. Carbon fiber composites became very relevant and gained momentum rather recently, even though an early applications took place in seventies by the aerospace industry.

Can we say that an entirely new language in fine arts is forming?

Certainly and why not? Experiments with carbon fiber allowed making a flat image to appear visually as three-dimensional and open the potential for further expressive landscapes. I’ve made a lot of research about interrelationships between color, light, sound, and sensory perception. Dynamic Carbon technique is a base where variety of linear, voluminous and colorful metamorphoses can be created. Although a single fiber is many times thinner than a human hair, physical properties of composite materials open an array of possibilities and layers of movement impressions. 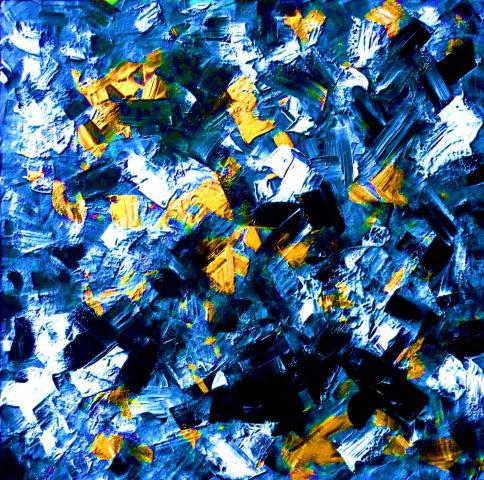 Which artists do inspire you? Who do you like and why?

Oh, there are many! If to pick few, I adore an American artist Liz Larner. She is endlessly creative and brave with her methods and artistic approaches. Her work deals a lot with notions of familiar and unfamiliar. I also like a Swedish artist Hilma Af Klint, who was one of the first abstractionist painters. Of course, Kazimir Malevich is one my favorites. He is the endless source of inspiration for me, and I deeply relate to the philosophy of Suprematism.

Your piece “One hundred years later” resonates with Malevich’s “Black Square”. What is the concept about?

“Black Square” was created by Malevich precisely 100 years ago, in 1915. As with any traditional material, painting on canvas is a subject to entropy and continuous disintegration. No doubts, it can be restored, but in certain number of years from now this work will cease to exist in its original, authentic form. Comprehending this reality made me somehow concerned and resulted in a high-tech, extremely durable, almost indestructible re-creation of that masterpiece while using modern composites, what ultimately reflects human strive toward eternity. 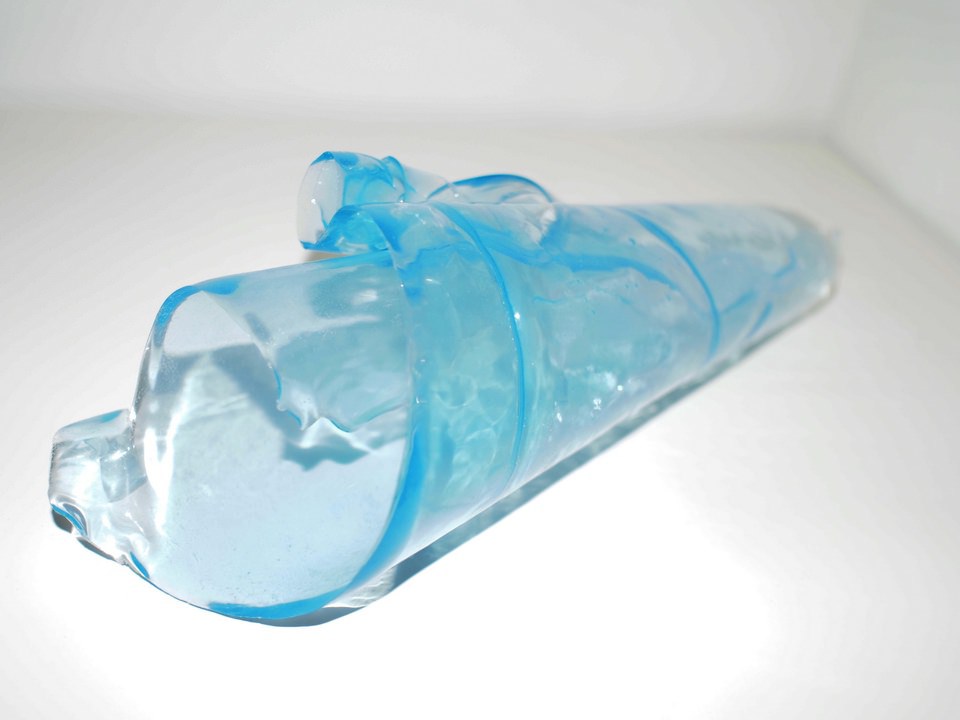 What are you working on right now? What might your viewer expect in a near future?

Besides preparation for the show at S. T. Art Gallery and “Landscapes of Abstraction” exhibition at the Central House of Artists in Moscow, I am working on the major multimedia project, to be produced as combination of video installation, paintings and sculptures. In August my work was exhibited at the international project “East-West”. After that, I’ve received an invitation from the film studio “Lestnitsa” interested in making a documentary about contemporary art and about my artistic work.

Oftentimes artists collaborate with renowned brands, fashion houses etc. For example, Jeff Koons designed a car for BMW. Would similar proposals interest you or not?

Everything depends on how proposal fits current activities. I continue to develop a direction that started this year and actively work on new pieces. There are many ideas and the most important is to materialize them on entirely new level. Trying new things is always fascinating. It is hard to say in advance and time will show. 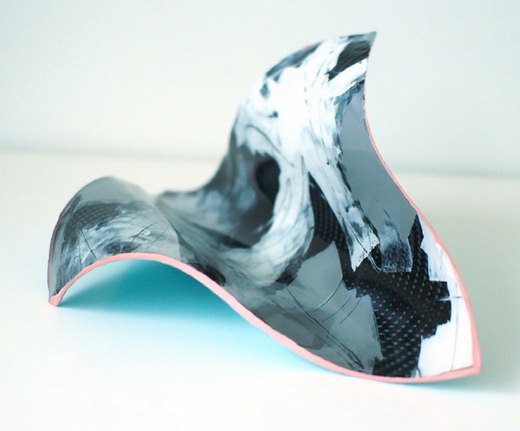 Tell us about your experience working in Los Angeles? Is it possible to become successful at the extremely competitive market such as the US, where many talented people from all over the world are coming?

In my opinion, when someone chooses a profession of the artist, it is impossible to predict how far he will reach. The environment with many talented, creative and hardworking people inspires to be the best you can, but it requires being stress resistant.

You have to believe in yourself and enjoy the process thoroughly. Living and working in Los Angeles is not easier than in Russia or UK, but weather in California is indulging indeed (laughs), and creative atmosphere motivates for moving forward. 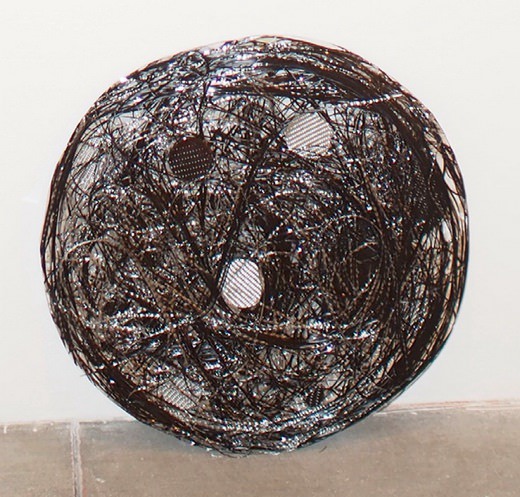 Do you plan to use your unique techniques for bigger volume production?

My current studio isn’t right-sized for that. All the pieces I’ve been making usually go to the collections and exhibitions. By the end of 2016, it will be easier to produce, carbon fiber works in number needed for some prospective custom projects.