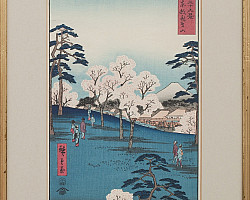 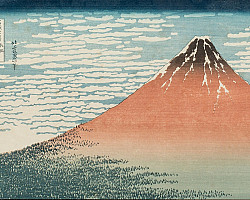 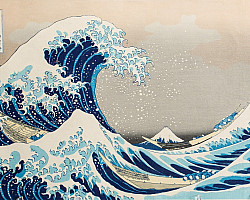 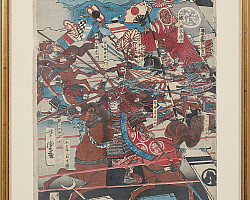 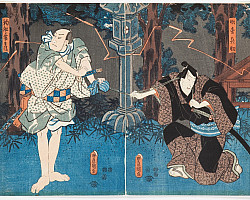 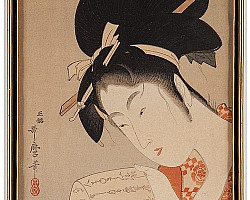 "Pictures of the Elusive World" - in Japanese "ukiyo-e" - this is the name of the graphics of the Edo period (17th - the first half of the 19th centuries) with scenes from the life of townspeople, portraits of geisha, kabuki actors and images of birds and flowers. Borrowed from the philosophy of Zen Buddhism, the concept emphasizes the ephemerality of disappearing moments and the ability to enjoy the moment in the rapidly flowing river of time. Color engraving had no analogues in the countries of the Far East, and in Japan it was extremely popular: it was used to decorate the interiors of houses, used as posters for theatrical performances, advertisements for tea houses and "cheerful" neighborhoods.

The heyday of ukiyo-e is closely related to the rise of Edo - modern Tokyo. By the beginning of the 18th century, the city had a population of one million and surpassed all European capitals in size. The Edo era is a flourishing period not only in the visual arts of Japan, but also in literature, poetry, and theater.

Sakura blossoms, snow-capped peaks of the sacred Mount Fuji, portraits of beautiful geisha and kabuki actors, battles of emperors and samurai - all this became the subject of inspiration for the artists of the capital of Japan. The exposition features more than 60 woodcuts, the exhibition is complemented by costumes and fans. The exhibition includes works from such famous series as Katsushiki Hokusai’s 36 Views of Fuji, 53 Tokaido Stations by Ando Hiroshige, Album of Birds and Flowers by Kono Bairei, and Utagawa Hirokage’s Comic Views of Famous Places in Edo.

The exhibition "The Golden Age of Japanese Graphics" will be open at the V. P. Sukachev Estate (112 December Events Street) until May 30. Due to the difficult epidemiological situation, visiting the museum is possible only by appointment (tel.: 53-12-24). The museum has a mask mode. Ticket price: 250 rubles - adult, 150 rubles. - preferential categories of visitors.


This site exists due
to advertising revenue.
Turn off Adblock, please!