June 16 at 16-00 in the Information, educational and exhibition center of the Kaluga Museum of Fine Arts will be the grand opening of the personal exhibition of Valery Manaenkov “Our Homeland”. 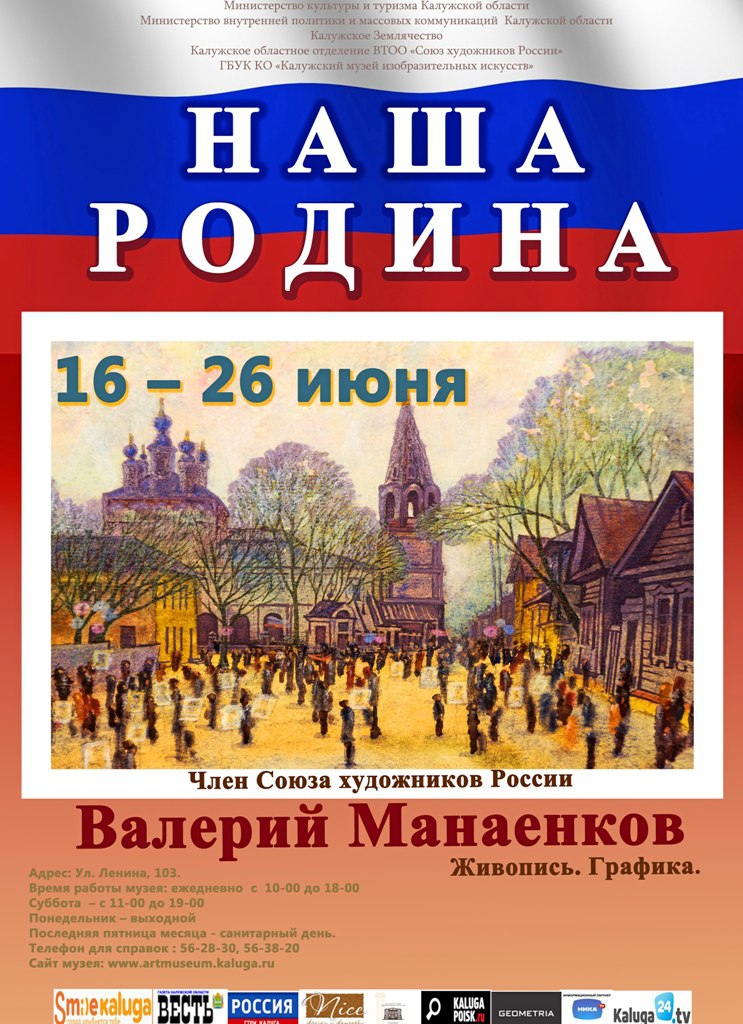 The name of the solo exhibition of Valery Semenovich Manaenkov is simple, but significant and capacious: "Our Homeland." This is an exhibition-narrative, an exhibition-reflection. The story of Russia, its cities and towns, temples and monasteries. Thinking about her fate, about her past, present and future.

On the canvases and graphic sheets of Manaenkov there is old Kaluga, the Crimea that has just returned to us, Pushkin and Natalya Nikolaevna, the procession of the Immortal regiment, Tsiolkovsky, who has been dreaming of space flights, and ancient churches, which have long been neighboring to heaven. The artless narrative covers both the vast expanses of Russia and entire centuries of Russian history.

And at the same time, the eternal adjoins - with the present, yesterday is directed to tomorrow. Behind events is life. Representing buildings, trees, people, the artist seeks to identify, show us the great spiritual principles of Russian life, the very glow of infinite spirituality.

The artist’s works are stored in the Kaluga Museum of Fine Arts, in the State Museum of the History of Cosmonautics, in the Kozelsky branch of the Kaluga Regional Museum of Local History, in the museum-estate Polotnyany Zavod.