In “Afimall City”, on the site of the 6th floor, a personal exhibition of the sculptor, architect and writer Vasily Klyukin In Dante Veritas will open. The exposition was created based on the first part of “The Divine Comedy” by Dante Alighieri - “Inferno”. In Dante Veritas will be held with the support of the Russian Museum, Afimall City and the Panorama360 observation deck. 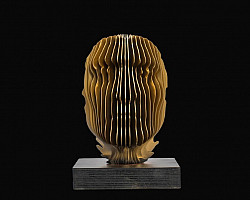 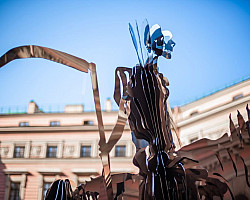 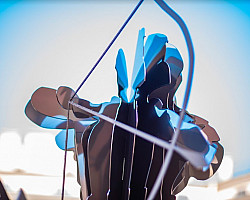 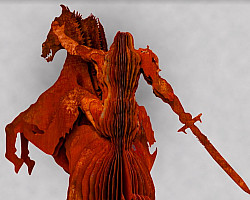 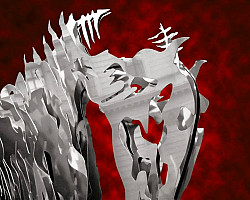 The exposition, which tells about the nine circles of hell, presents 27 works: 22 sculptures reflecting human vices (Anger, Fornication, Gluttony, Hypocrisy and others), 4 horsemen of the Apocalypse and the death mask of Dante. In addition, specially for the exhibition in Moscow City, Vasily Klyukin created new objects, and when designing the exhibition space, mapping installations will be used to convey the atmosphere of Inferno. In the “9th circle”, in the Hall of the Traitor, visitors will be able to leave the initials of those people who have ever betrayed them. You can view the exposition with a free audio guide in Russian and English.

Previously, the In Dante Veritas collection was successfully exhibited in the Mikhailovsky Castle of the State Russian Museum (St. Petersburg). For three months, the exhibition was visited by about 200,000 people, which is an absolute record for street exhibitions of this museum. After Moscow, as part of a world tour, the collection will go to the Venice Biennale (Arsenal), and from there to the Vatican (Braccio di Carlo Magno St. Peter’s Cathedral), New York and Miami.

The collection is made using special authorial technique “Living sculptures”, which consists in the maximum preservation of mobility. Steel plates are assembled and disassembled, like a designer, without any fasteners, creating the effect of an open book. Objects of Vasily Klyukin are called to tell about Good and Evil, vices and punishments. In Dante Veritas is not a visualization of Dante’s Inferno or an attempt to compete with the painters Sandro Botticelli or Albrecht Dürer. The exhibition of Vasily Klyukin is a modern interpretation of the greatest poem of the world and the new names of the Horsemen who foreshadow the apocalypse: Overpopulation, Disinformation, Avaricious prey and Pollution. What sins and punishments may look like, can be seen at the exhibition.

“We are glad that we are cooperating with such a talented sculptor who is able to realize any plan. Vasily Klyukin is an extraordinary personality, a businessman who abandoned everything and devoted himself completely to art. His work is in the homes of private collectors and world celebrities; he is exhibited in Monte Carlo, Cannes, New York. Now the Moscow public has the opportunity to read his message to humanity. “Living sculptures” in Dante Veritas fascinate, make you stop and really think, ”said Arthur Shakaryan, Director General of Panorama360, Europe’s highest observation deck.

In Dante Veritas is open to visitors from October 27th. The ticket price includes an audio guide in Russian and English.

Vasily Vasilyevich Klyukin (born March 3, 1976 in Moscow) is a famous sculptor, architect, writer and philanthropist. He is a resident of the Principality of Monaco, a citizen of Russia and Israel. His architectural concepts are published around the world, and sculptures can be seen in Moscow, London, Monte Carlo, Lucerne, Cannes and Ibiza. Vasily’s works are in the collections of Prince Albert II of Monaco, Charles Saatchi, Leonard Blavatnik, Eva Longoria, Leonardo DiCaprio and many other collectors.

In 2016, his sci-fi novel “The Mind Collective” was released - a dystopia about creating artificial intelligence, a computer that uses the abilities of the human brain as fuel. The film adaptation of the novel was taken by Hollywood producer Peter D. Graves. In the same year, Vasily presented his first series of “living sculptures”.

In 2017, the Golden Madonina figurine he created became the official award of Milan Design Week. At the amfAR gala dinner in Cannes, the sculpture The Dancing fairy from the Muses collection was acquired by renowned collector Leonard Blavatnik. And for the charity auction of Leonardo DiCaprio, dedicated to the endangered species of tigers, Vasily created a three-meter “live” sculpture of this animal called “6/9”. The art object has replenished the collection of the actor himself. In August 2017, at the Burning Man Festival of Contemporary Art, the sculptor presented the installation of The Beating heart, which was later seen at the Sinergy Global Forum in Madison Square Garden (New York).

In 2018, the sculpture "Exdominator" was exhibited in Monte Carlo, and next year it will be presented as part of the Venice Biennale.

In September of this year, the work “Why people do not fly”, created from plastic waste from more than 150 countries, will be shown at the charity evening Monte Carlo Gala for the Global Ocean (Monaco).