Bulgakov Sergey Alexandrovich (born July 3, 1948), a well-known gastroenterologist, doctor of medical sciences, professor, academician of the Russian Academy of Natural Sciences (RANS). For many years he has been working at the Russian National Research Medical University named after N. I. Pirogova (RNIMU, Moscow), is actively engaged in medical, scientific and educational activities, a member of Russian and foreign scientific societies. He is the author of 200 scientific papers and a number of monographs. 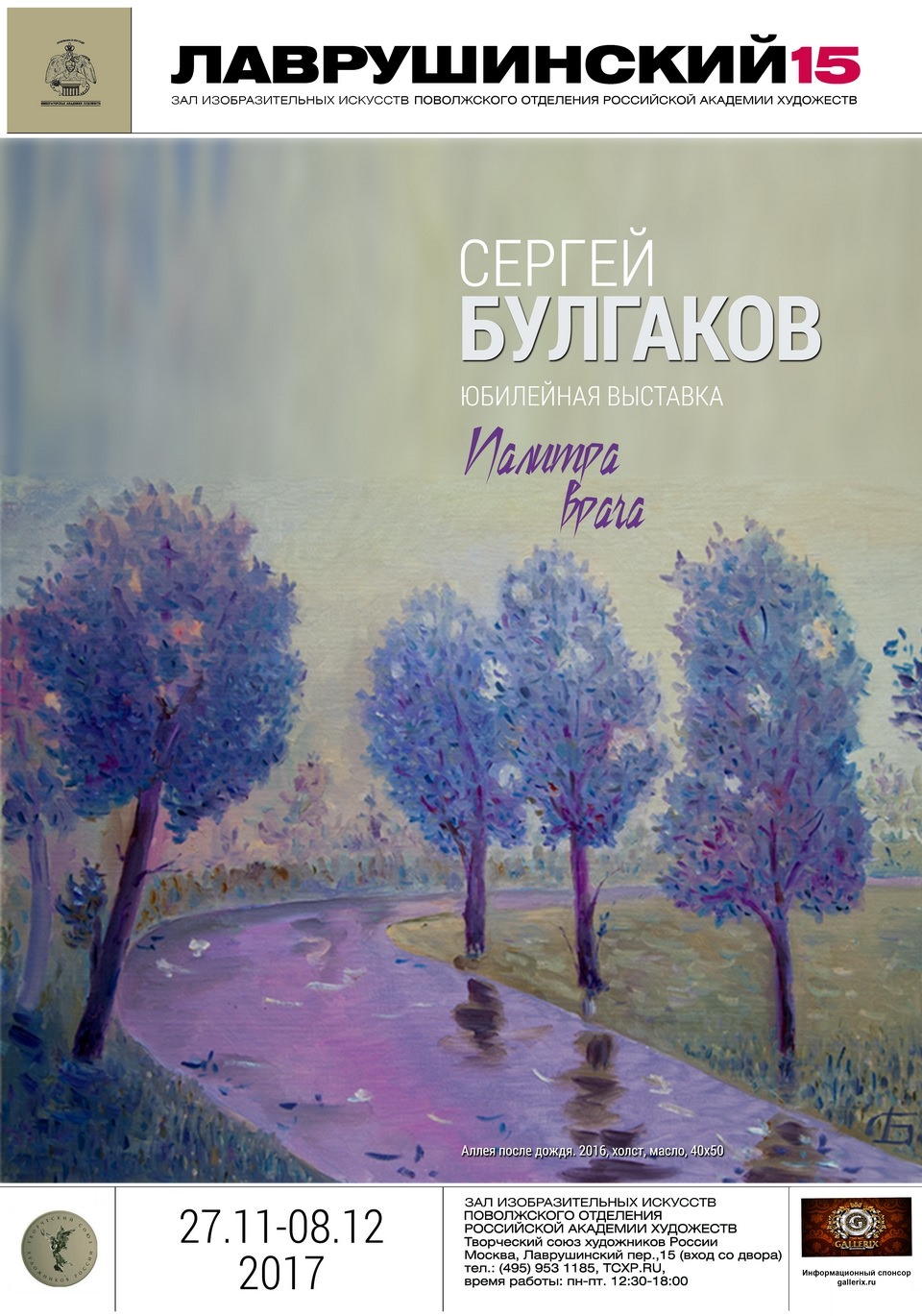 Sergey Bulgakov from an early age was passionate about painting. In his student years, he became acquainted with the technique of oil painting, the first lessons of which he was taught in the 1970s by the famous Moscow artist V.V. Abakumov. Subsequently, he independently, step by step, learned the secrets of painting, wrote sketches on the open air and landscapes on his return from travels and business trips. His work of the 1980s was praised by the honored artist of the RSFSR A.I. Plotnov. Continuing to develop as an artist, Bulgakov S.A. mastering new techniques and themes of creativity, complicates his painting. In 2007, the Izmailovo Gallery hosted the first personal exhibition of the artist in the Moscow exhibition hall, where 80 paintings were presented, which received recognition and benevolent feedback from Muscovites. “It is so good that there are specialists in the medical environment who can not only treat, but also know how to empathize with the person and the beautiful that surrounds us!” - this review is in the book of visitors to the exhibition. In 2011 and 2013 two more exhibitions were held in the halls of the Central House of Journalists. At the opening of the latter was attended by People’s Artist of the Russian Federation, academician of the Russian Academy of Arts G.I. Pravotorov, who said: “The most important thing in the works of S.A. "Bulgakova is that everything he wrote is true!" Almost all of the artist’s works are made in the traditions of realism, he prefers landscapes and sea views, still lifes with the image of fruits and flowers. In 2012, Bulgakova S.A. becomes a member of the Creative Union of Artists of Russia (TLC), his works are regularly published in the annual catalog of TLC "ARS LONGA". A number of the author’s works are in private collections in Russia and abroad.

The painting of Sergey Bulgakov is quite distinctive, the colors are juicy and bright. In his works you will not find a reflection of the harsh medical everyday life, on the contrary, the author seeks to leave for another world - full of sun, overflow of water, flowers. As a physician and scientist, he subtly feels both human pain and the beauty of the world, which, as an artist, he wants to convey to people in his canvases. The attitude of the artist Bulgakov S.A. to the beauty of the world is expressed in the lines of one of his many poems:

“Before us is the divine world,
Colors shine, deprive peace
Lighting the devastation and feast! ”

This exhibition is dedicated to the 70th anniversary of the artist, poet, doctor and scientist.