For 4 months there has been a chamber exposition of the works of Larisa Akhmadeeva at the Perinny Ryad Art Center, which is smoothly moving into a new exhibition: Spring-Summer. Which will last from June 15 - June 30, 2016. 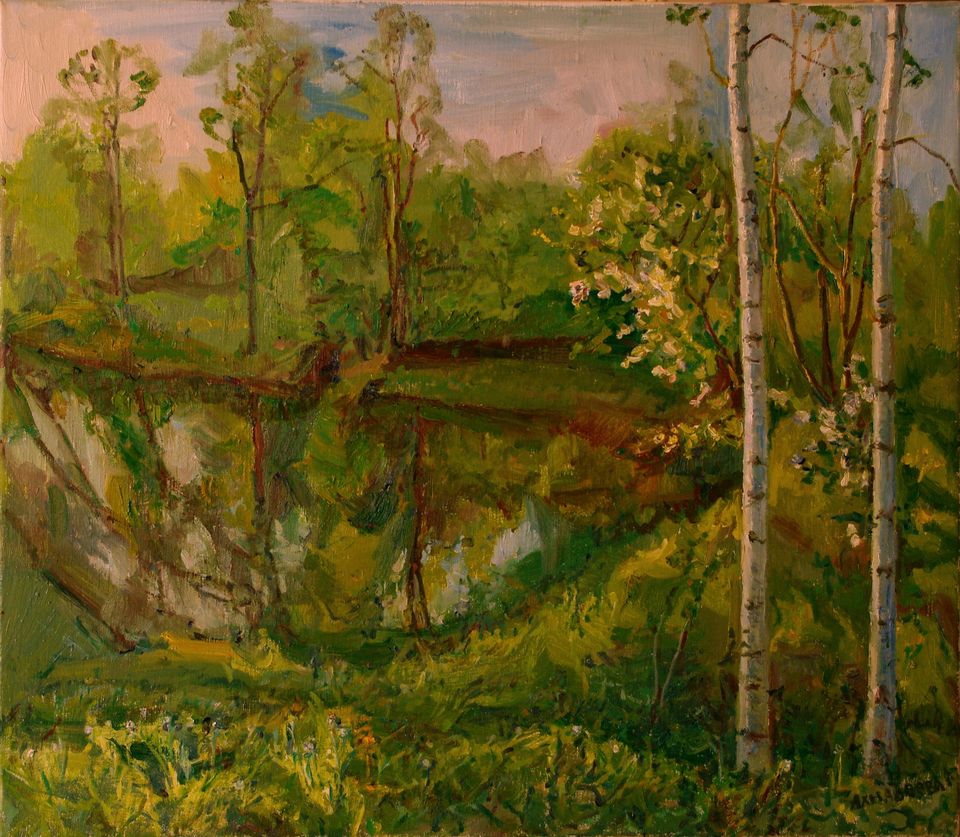 And the works that are exhibited for the first time: “At the window” 2014. 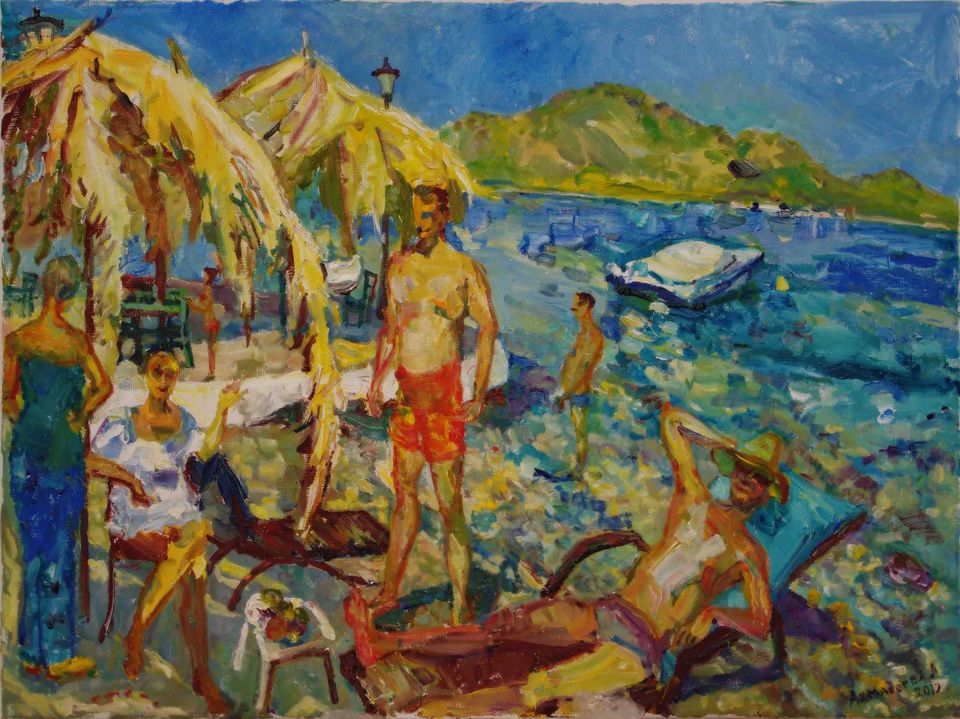 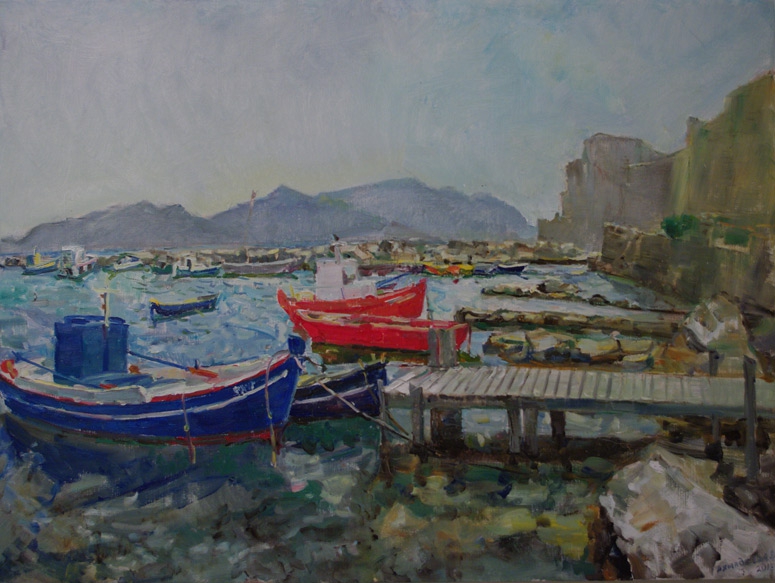 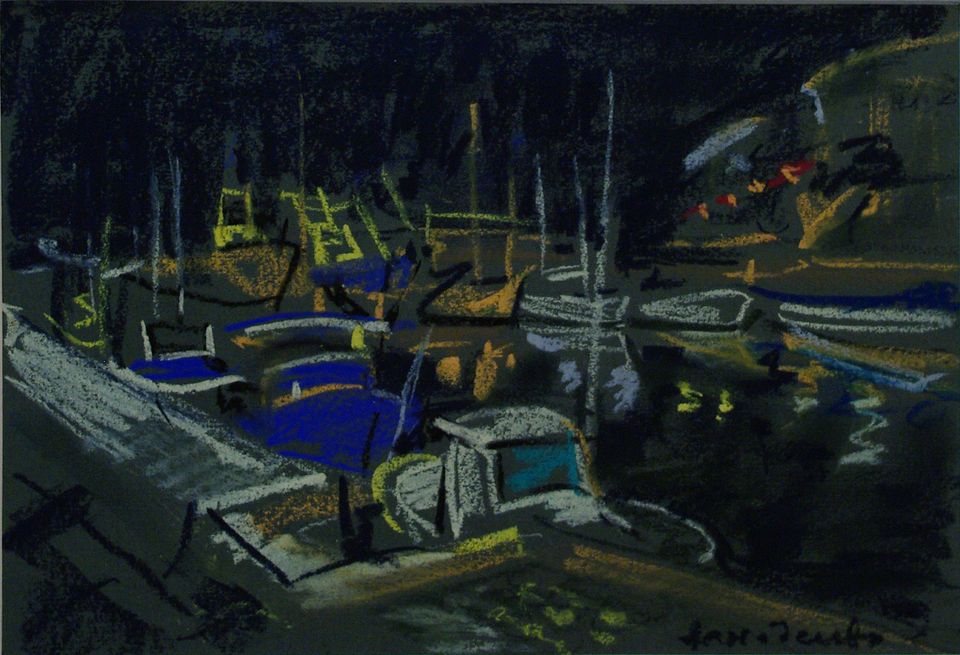 The work of 2003, “A Walk at the Hermitage”, was created during the period when she lived next to the Hermitage, in the morning she went to copy K. Pizarro “Boulevard Mont-Martre in Paris”. And in parallel, wrote on the open air. 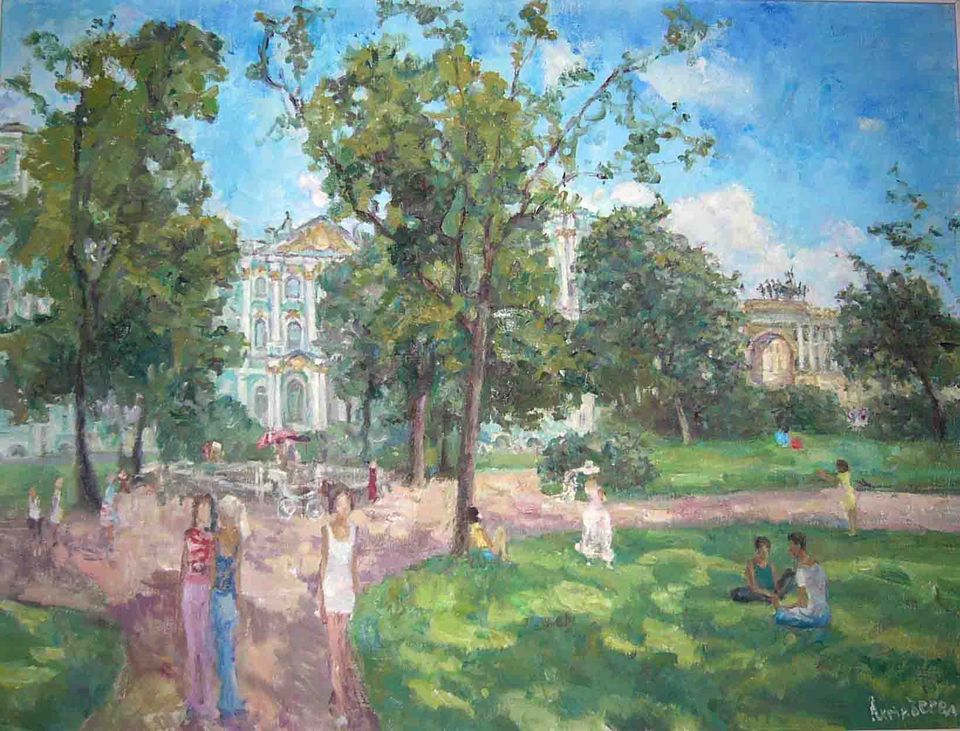 Larisa Akhmadeeva in 1994 year graduated from the Kazan College. Feshin. In the same year she moved to St. Petersburg, where she was a volunteer and studied in the drawing classes of the I. Repin Institute of Painting of Sculpture and Architecture.

The works of Larisa Akhmadeeva are in private collections and museums in Russia and abroad: at John Neumeier (his collection dedicated to Nizhinsky was exhibited at the Museum d’Orsay), at several private museums in Germany, at the Museum of the Picturesque Image of Russia (Moscow), in the State Historical-Architectural and Art Museum "Island-city Sviyazhsk".

Personal exhibitions had a great resonance in the halls of the Union of Artists of St. Petersburg (Russia), the Conservatory and in other halls and museums of St. Petersburg. In the year of Culture (2014) she celebrated with an exhibition in Finland, entire classes of schoolchildren visited a small gallery in the center of Helsinki.

The works of Larisa Akhmadeeva were repeatedly exhibited at the Pastel Biennale in Poland, France, Russia, were presented at international exhibitions in Finland, England, Italy (the year of Italy and Russia).

At exhibitions, Larisa Akhmadeeva held master classes. At the opening of the exhibition "PASTEL OF RUSSIA 18-20 centuries. “At the vernissage in Mikhailovsky Castle, the artist held a master class with pastels for the city administration. Larisa also organized a master class at the International Art Festival, dedicated to the anniversary year of Russia and France. Master class in the year of Culture in Russia at a personal exhibition of theatrical pastels in the theater: "The fruits of education" in St. Petersburg 2014

From the museums where the Petersburg Pastel exhibition was held, the artist received a large number of letters of thanks.

The autobiography of the artist Larisa Akhmadeeva is included in the Swiss encyclopedia of biographies "Who is who" in Russia.

The exhibition is held at:

Art Center: "The Rows of Perines"
st. Dumskaya 4 (beginning on the basement in the middle of the hall, continued down the stairs to the basement.) St. Petersburg.