On June 1, 2017, the first exhibition of the 2017/2018 season - “Cafe of Dancing Lights” will open at the start of young art START TSSI VINZAVOD. In her first personal project, an artist from Murmansk, Daria Orlova, explores the problem of loneliness in the modern world. The total installation, modeled on the cultural centers of the Soviet era, imitates a utopian dating club for single people. Interior and everyday objects on display are adjacent to the artist’s works of art: drawings, collages and objects. Spectators will be able to join the club and even get on a date. 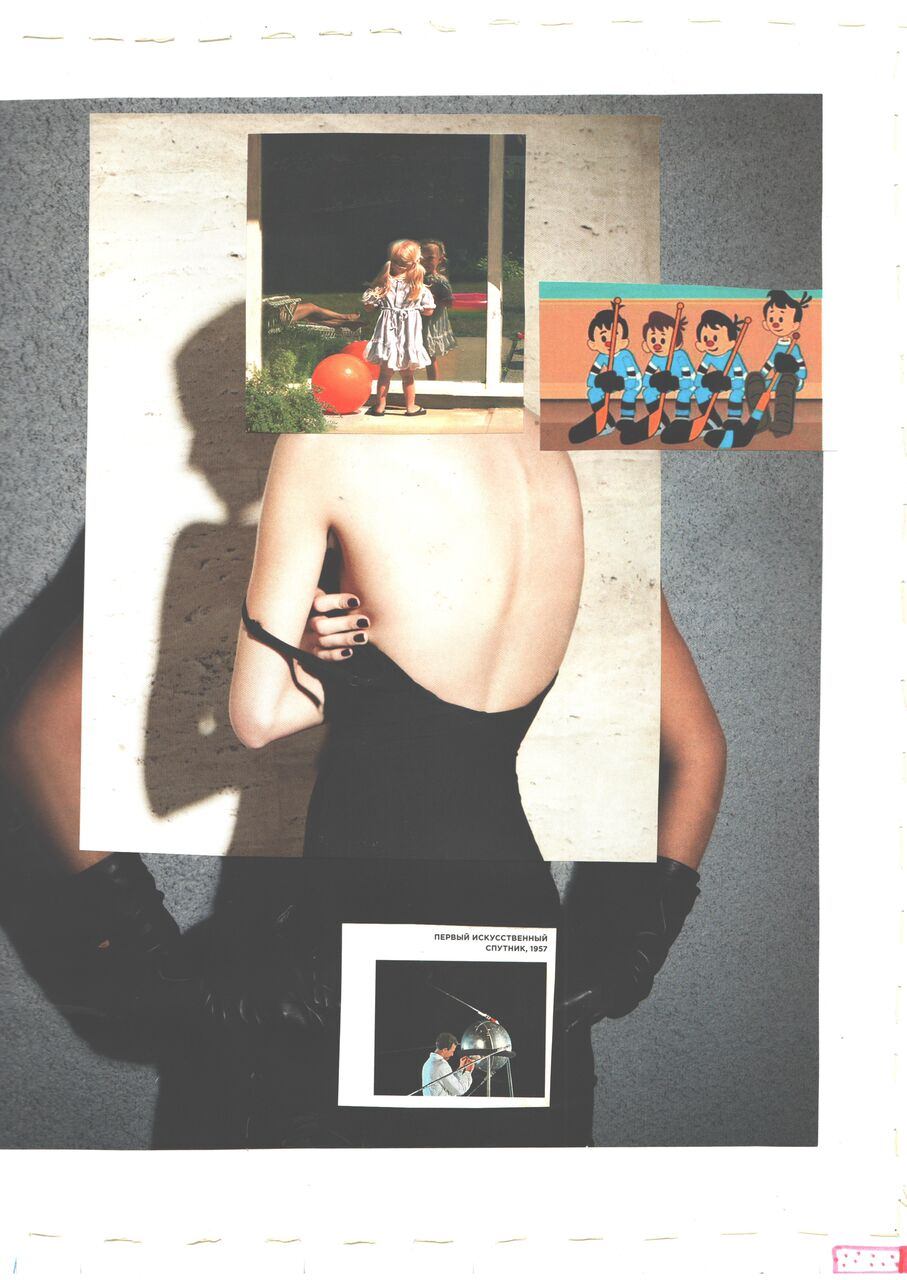 Loneliness is called one of the diseases of our time. In a post-digital society, people are always “in touch” with each other, but can be completely alone in a crowd of their own kind. They avoid real communication, replacing it with surrogates. “I want to talk about love, loneliness and the opportunity to find the perfect partner: Do people have difficulty finding their half? Do they strive to start families? How different is the specificity of modern communication from that which was in the past? And finally, can art become a way of communication between people? ”, Says Daria Orlova about her project.

The artist calls the "Cafe of Dancing Lights" an ideal place for dates. There is everything to have a good time with the person you like: you can read books, play chess, listen to music from the music library. The club has its own manifesto and even a dress code - the clothes are specially designed for dating. The combination in the exhibition space of interior and household items of different time periods with the artist’s works resembles the "Work Club" by Alexander Rodchenko and the installation of Ilya Kabakov. Collages, a combination of bright fabrics, wood and other "household" materials - a reference to the "trash design" in the work of the ZIP group and Irina Korina.

The name of the exposition was borrowed from Alla Pugacheva: she recorded the song “Cafe of Dancing Lights” in the 1980s and did not perform it for a long time. According to one version, this was due to a provocative association, since “dancing lights” in French narcology mean an extreme degree of intoxication, and this could cause a negative reaction from critics and the public in the midst of Mikhail Gorbachev’s anti-alcohol campaign. The song tells about a visitor to a dance bar who recalls funny days and nights of the past, but finds herself bewildered and alone in a crowd of dancing people.

The curator of the START project Vera Trakhtenberg: “Addressing the themes and aesthetics of the 1980s - 1990s is a separate layer of modern Russian culture, reminiscent of nostalgia for the“ thaw ”period in the era of Brezhnev’s stagnation. The nostalgia of people whose consciousness was formed just during the reign of Leonid Brezhnev. Young artists born in the USSR do not really remember this state. Their conscious life began in a different reality. But, nevertheless, they constantly turn to the cultural codes and Soviet symbols found “on the mezzanines” of phantom memory. This phenomenon, including, is shown in the project of Daria Orlova. "

The new season of the START project under the supervision of Vera Trachtenberg will be experimental, and the exhibition "Cafe of Dancing Lights" is no exception. Its visitors can go on a date at the Cafe of Dancing Lights. All instructions on how to organize it can be obtained at the site. The results of a social experiment to create a utopian dating club will help in finding answers to the questions that the artist Daria Orlova asks in her first personal project.

CSI WINZAVOD in 2017 pays special attention to education in the field of art and the support of aspiring artists. The exhibitions of the new season of the START project will be accompanied by a discussion program. In addition, on June 1, simultaneously with the "Cafe of Dancing Lights", a graduation exhibition of graduates of the School of Photography and Multimedia named after A. Rodchenko “The Eighth Level”. It will be held in the Great Wine Storage and will last until June 11. The exposition will be built on the principle of immersive installation.