The Russian Academy of Arts and the Union of Architects of Russia present a solo exhibition of works by Nikolai Shumakov, dedicated to the anniversary of the master.

Specially for this date, the author of the exposition prepared a new catalog, which contains about fifty of the most significant architectural projects (ARCH) and more than three hundred paintings (ART). A third of them will be presented for the first time in the halls of the Museum and Exhibition Complex of the Russian Academy of Arts. Each canvas is a fragment of an absolutely real world, but rethought by the artist, in which all the plots allow the viewer to imagine a story that the Master has unsaid. 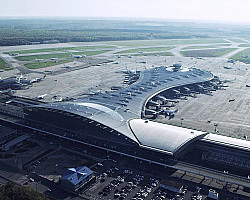 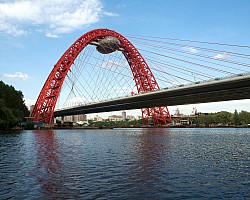 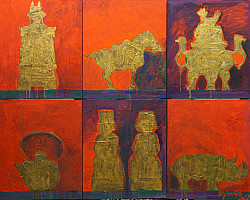 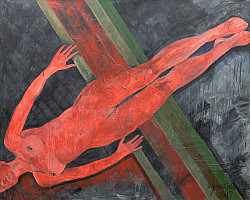 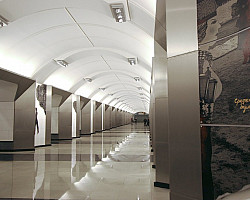 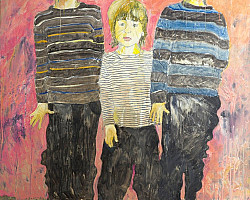 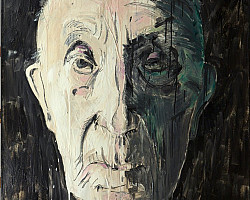 Architectural creativity and the original talent of the painter are intertwined in his life so that it is impossible to separate one from the other. Everything that comes out from under his hands is characterized by lightness and self-irony, permeating even the most serious subjects on which projects are created, objects are built, paintings are painted. In recent years, Nikolai Shumakov held seven personal painting exhibitions in Russia and abroad.

Largely thanks to N.I. Art returned to Shumakov’s architecture of the metro, and the strict, uniform interiors of the stations of the 60-80s were replaced by new expressive images in the underground spaces in which an individual style is felt. And to this day, together with his colleagues, he tirelessly develops conceptual solutions for the capital’s subway. Over the past decade alone, under the leadership of Shumakov, the section of the Big Ring Line of the Moscow Metro from the Delovoy Tsentr station to the Savyolovskaya station, the monorail transport system, the Moscow-Kazan high-speed railway with several stations were designed and built. The master’s enthusiasm for objects of increased technical complexity yielded significant results: in 2017, Nikolai Shumakov became the first Russian architect to receive the prestigious Auguste Perret International Prize for the use of modern technologies in design. So the international community appreciated a number of objects created by Nikolai Shumakov: the Picturesque bridge across the Moscow River - the first cable-stayed bridge in the capital with a built Wedding Palace; Europe’s largest airport complex Vnukovo-1; projects of stations on the Lublin-Dmitrov line of the Moscow metro.

A wide range of interests, high social status, architectural talent, extraordinary abilities in painting and graphics, incredible working capacity and dedication to the profession allow us to talk about him as a person with equal artistic flair and the ability to sober calculation, without which it would be impossible emotionally -colored painting of the artist, nor the successful design of the architect Nikolai Shumakov.

Nikolai Ivanovich Shumakov - Honored Architect of the Russian Federation, Academician of the Russian Academy of Arts, Academician of the International Academy of Architecture, Professor MARCHI, Corresponding Member of the Russian Academy of Architecture and Building Sciences, President of the Union of Moscow Architects, President of the Union of Architects of Russia, Member of the Presidential Council for Culture and Art. From 1977 to the present, he has been working at Metrogiprotrans JSC, for the past 25 years he has been the chief architect of the organization. Manages the design of industrial and civil facilities, ground and underground transport facilities. Defines the development strategy of the metro and its architecture, develops new conceptual solutions in the design of underground structures and key transport facilities.