We invite you to the personal anniversary exhibition of Alexander Skorokhod “The Bizarre World of Symbols” at the Coordination Center of the Volga branch of the Russian Academy of Arts “Lavrushinsky 15”!

The exhibition is open for visitors from December 1 to 10, 2015 during the opening hours of the Lavrushinsky 15 exhibition hall. 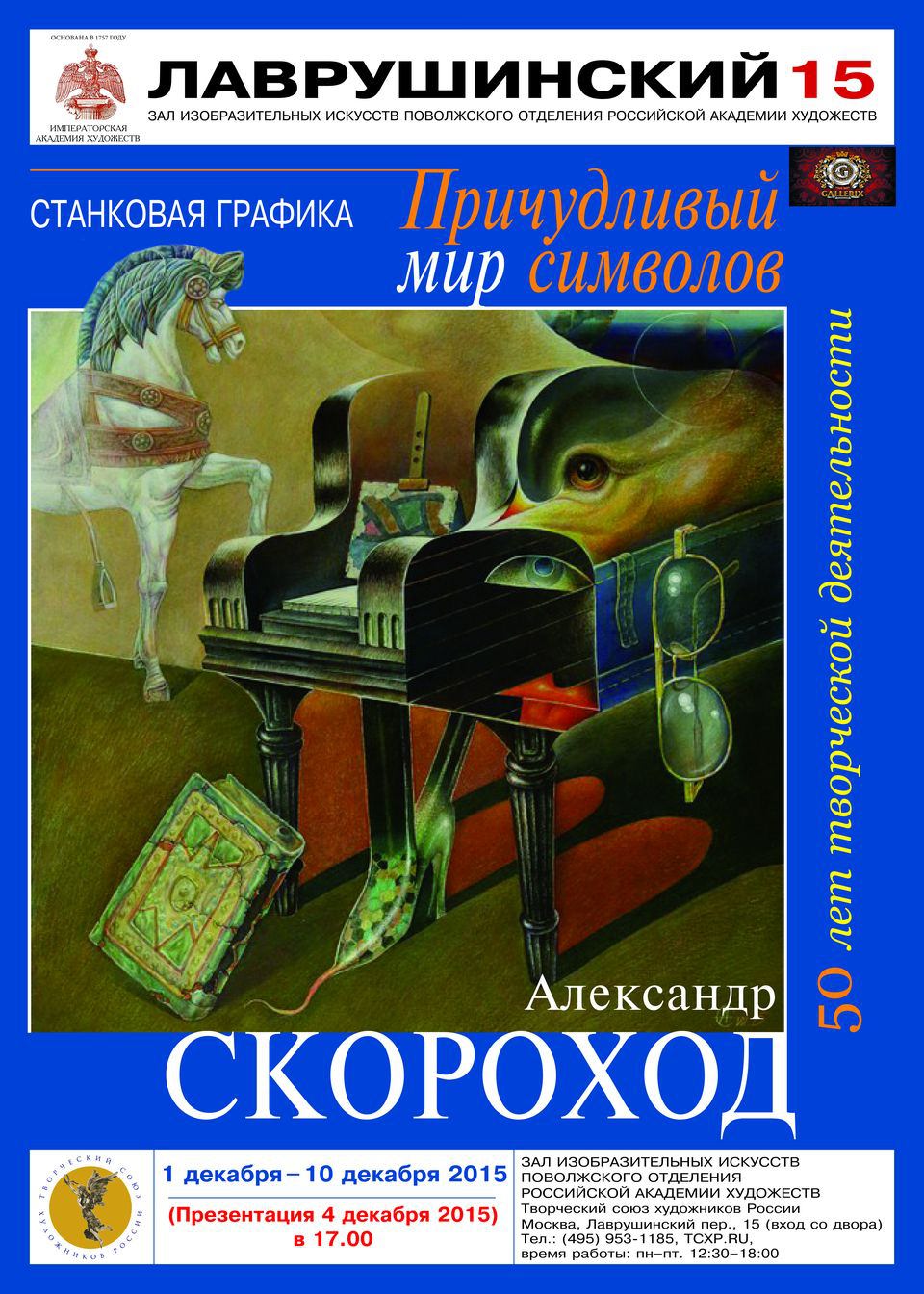 Member of numerous Russian and foreign exhibitions, winner of prestigious competitions and prizes.

In 1973 he graduated from the Moscow Polygraphic Institute. Teachers: A. D. Goncharov, P. G. Zakharov.

A regular participant since 1973 in Moscow and regional art exhibitions of the Russian Academy of Arts, the Moscow Union of Artists, the Ministry of Agriculture, and the Union of Artists of Russia.

He was awarded the gold and silver medals of the TCX of Russia for his contribution to Russian culture, the jubilee medal of the 20th anniversary of the Victory over Germany, and the medal "In memory of the 850th anniversary of Moscow."

His works are in private collections in Russia, abroad, as well as in the State Museum of Folk Graphics.