"Everywhere life." Exhibition of works by Konstantin Batynkov in the MVK RAX

The Russian Academy of Arts and the Krokin Gallery present an exhibition of works by Konstantin Batynkov “Everywhere Life”. 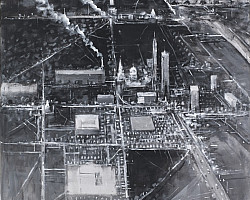 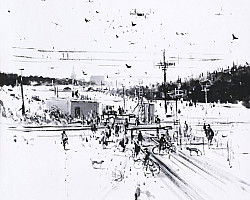 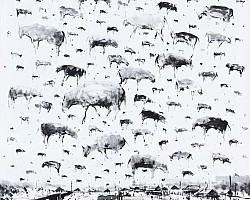 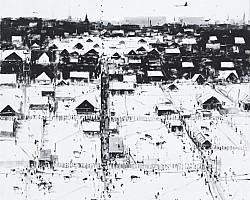 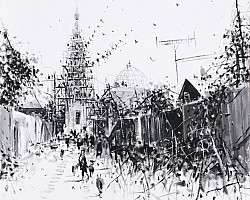 Konstantin Batynkov, born in Soviet Sevastopol in the family of a polar pilot, at the genetic level perceived and for many years reproduced the special reality, the reality of the endless spaces of continuous action of the builders of a bright… past.

The past is not articulated by the author and is not consistent with physical time. It migrates in the meaningful plans of his works, revealing a peculiar metaphor, rooted in memory and reproducing almost natural landscapes of distant enduring childhood.

The images of children in this case are practically absent or flicker somewhere on the periphery. But it is precisely from there, from a speculative childhood, from this angle that Batynkov’s polysyllabic compositions acquire what unconsciously attracts the viewer. The phenomenon of children’s worldview is an analogue of the “twenty-fifth frame”, which is ontologically present in most of his works. This is a special form of narration, a special vision and understanding of reality, where everything is possible. Flying cows, for example.

Batynkov turns to a large format that clears the horizon, allowing you to catch a glimpse of almost everything that moves in an endless stream of formation and decay and closes in an endless diorama of observed everyday life.

Paradoxically, the art of the polar pilot Konstantin Batynkov, born in Soviet Sevastopol, speaks of everyday life, not knowing either pathos or hero. To match Brueghel with his "hunters", with his "Icarus", with his attitude to reality, disavowing heroics, dissolved in the acid of the shimmering bustle of this world, Batynkov works with staffing, giving him a special meaning-containing artery.

The motivation for most of what Batynkov does is not connected with the mechanical creation of fantasy worlds and intricate mythologies, but with a special, very individual look and attitude to reality, a special perception of what exists around, but is hidden in landscapes of endless garages, industrial zones, power lines, smelling of electric currents. In this prose of days, in these exclusion zones, what seems to be happening should not happen, but here life goes on - people live, give birth, dream, climb somewhere, get sick, die.

Life is everywhere, and Batynkov simply draws it, almost without any relation to what is happening. He does not set accents, he looks around, panoramicly, and the focus of his interest is unpredictable, just like the unpredictable existence of atomized characters in his works. Batynkov is not an artist-preacher, he is an observer: "what he sees, he sings." And this predetermines a lot in his art, in the repertoire of its contents.

“Everywhere Life” is a series of new black and white large-format formats, where Batynkov with his inherent specific Russian irony bordering the “Onegin” spline, depicts his native country, which he observes either from the side of the civilization, or from space, or from a window trolleybus on Korovinsky highway.