The large-scale research project is based on the methodology of the 17th century European enlightener Jan Amos Comenius, who created the encyclopedic work “The World of Sensual Things in Pictures” (1658). The task of the organizers is to display the diversity of the surrounding world through the works of artists from the beginning of the 21st century and explore the contemporary art process.

Is it possible today to illustrate the textbook work of Comenius by the works of contemporary Russian artists? Recall the aphorism from his work “Great Didactics”: “We need to stop on every subject until it is understood.” The great thinker reasonably believed that there were some incontrovertible truths that set the task for society: every rational person should understand and assimilate these truths as axioms. Any era is characterized by a peculiar understanding of the nature of things, their essence, role and significance. Old axioms are revised, new truths are formulated. Therefore, today, every familiar subject should be stopped in order to clarify its meaning. Items can be taken from the "Comenius list" at least in order to compare the understanding of the same things.

In 2018, in the framework of the academic competition, artworks on 10 themes were considered: Architecture, Country and Law, Forbidden Fruit, Faith, Fashion, Housewares, Artistic Plexus, Food, Waste, Self Portrait.

In 2018, the competition was attended by representatives from 16 regions of Russia, including from 13 regions of the Volga Federal District, Moscow, St. Petersburg, invited artists from Stavropol, Volgograd, London. A strategically important task is the study of the art process and the updating of innovative artistic practices that are based on an academic foundation.

Project Manager K.V. Khudyakov and the curatorial group considered more than 700 applications from artists, 6000 works (painting, graphics, sculpture, digital art, photography). The expert council and the jury selected more than 500 works in the catalog for this project, 200 - in a traveling exhibition.

The “Against the Current” contest awards were initiated by the Volga branch of the Russian Academy of Arts, the Zurab Tsereteli Foundation and the “Museum of Actual Realism” (Togliatti) in order to support talented authors. Since 2014, regional executive bodies have joined the financing of the project: K.S. Prizes Petrova-Vodkina is financed by the Government of the Saratov Region (2014, 2016, 2018), and N.I. Feshin Prizes are financed by the Government of the Republic of Tatarstan (2014, 2016, 2018). The F.V.Sychkov Prizes in 2018 were established (jointly with the RAX) and funded by the Government of the Republic of Mordovia. Finalists are representatives of various creative unions: the TSH of Russia, the Moscow Union of Artists and the Union of Artists of Russia. The fact is positive, testifying to the desire to strengthen interregional ties, support artists, regardless of their "union" affiliation. 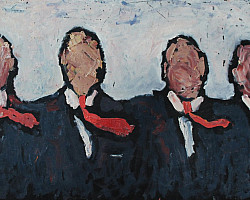 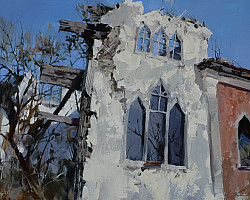 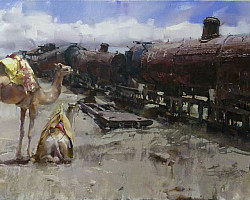 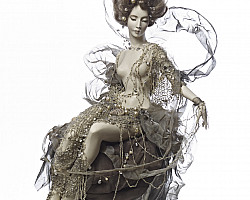 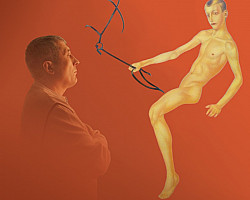 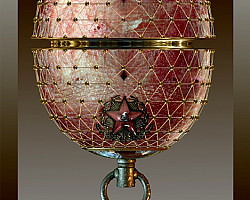 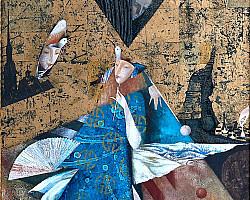 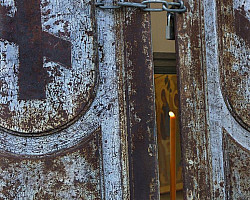 The exhibition in Moscow includes the works of artists from Moscow, St. Petersburg, Saratov, Izhevsk, Penza, Cheboksary, Ufa, Tolyatti, Saransk, Kazan. More than 100 artists submitted about 200 works. A separate block in the exposition presents the works of the Moscow painter Vasily Shulzhenko and Larisa Naumova from the personal collection of Vitaly Vavilin, a permanent partner and sponsor of the academic project "Red Gate / Against the Current", the founder of the Museum of Actual Realism in Togliatti.

At the final event in Moscow, the presentation of the 3rd volume of the anti-current / Red Gate 2018 encyclopedia volume is planned. Each participant of the academic project will be able to get an author’s copy of the album.

Research Institute of Theory and History of Fine Arts of the Russian Academy of Arts in the person of the head N.V. Tolstoy and the scientific staff of the Institute conducted a large-scale research work, as a result of which the research articles on 10 topics are presented in the album.

Mordovian Republican Museum of Fine Arts S.D. Erzi submitted masterpieces of his collection to the art encyclopedia - works by S.D. Erzi and F.V. Sychkova (their works open each thematic section of the encyclopedia), research articles on the theme of the museum collection and a joint exhibition project have been prepared.

Traditionally, the next “dozens” of those from the “Comenius list” will be held and the format of the contest “Against the Current” in 2020 will be announced to the participants.