"Knowledge of Good." Exhibition of works by Zurab Tsereteli from the Gospel cycle in the Patriot Park

The exhibition presents about 30 sculptures and enamels on religious subjects made by the People’s Artist of the USSR and the Russian Federation, President of the Russian Academy of Arts Zurab Konstantinovich Tsereteli.

Knowing oneself and the world by means of art is the basis of the creative concept of Zurab Tsereteli. Understanding your own destiny, the nature of creativity, the problem of the relationship between good and evil, beautiful and ugly, all this in the art of the master exists in the form of composed art models that appear in a variety of visual art - painting, sculpture, graphic art, enamels.

A religious theme as a search for spirituality, moral ideal in the space of fine art occupies a special place in the work of Zurab Tsereteli. She is dedicated not only to monumental works on the theme of biblical history, but also to the images of Saints - St. Nicholas the Wonderworker, St. Equal-to-the-Apostles Nina, St. Apostle Paul, St. Nicholas, St. George, heroes of the Battle of Kulikovo Alexander Peresvet and Rev. Irinarch the Recluse.

Under the leadership of Z.K. Tsereteli The Russian Academy of Arts carried out large-scale work to recreate the Cathedral of Christ the Savior in Moscow. It is worth noting that this unprecedented project was the beginning of a national program for the revival of church art in Russia.

A special page of the master’s work is actually the revival of the cloisonne enamel technique, the expansion of its technological capabilities and important properties, which allows the artist to create monumental enamel panels, most of which are devoted to biblical history. 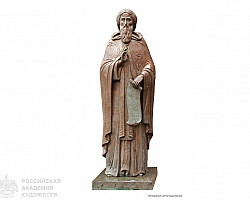 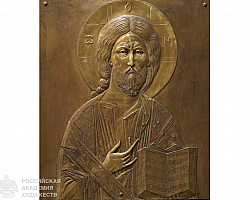 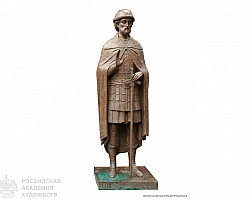 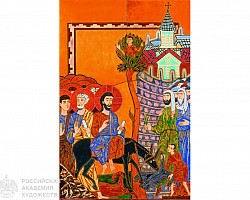 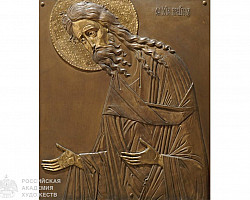 In sculpture, the master created a series of compositions dedicated to biblical history, the scene of the Old and New Testaments. The knowledge of Good and Evil in the space of eternity, which humanity lives on an endless spiral of the history of the universe. The uniqueness of these works is in the ability to overcome physicality, materiality, to become symbols of knowledge of God’s truths and ways of insight. A series of sculptural compositions like The Tree of Life, Adam and Eve, The Baptism of the Lord, The Carrying of the Cross, The Crucifixion, The Entrance into Jerusalem, the images of the Holy Apostles, numerous reliefs in their plastic interpretation represent an organic synthesis of the Byzantine and Old Russian artistic traditions, as well as the Russian academic school. However, creating even in the most classical formats, sealed by the harmonious cut of the canon, Tsereteli always remains a modern master, an artist of the 21st century, who has his own free, deeply individual look.

“Cognition of Good” is a kind of super-task, the maximum program that the artist tirelessly implements in his work.