Time is a mirror in which, as you know, there is nothing if you do not look at it.

The city at night, in the evening, in the morning - in transition time - is a mirror created by man, but already existing without him, after him.

Nikolay Simonovsky - artist, photographer, songwriter. Born in 1958. Graduate of the Higher School of Arts named after V.I. Mukhina (Stieglitz Academy). In the 1980s and 1990s, he worked as an artist on Leningrad television, gave acoustic concerts with and without a rock band, implemented several projects on TV (Petersburg-5 Channel and Culture), Radio Russia from Petersburg and Petersburg »In the field of music, children’s TV and culture. The author of the site is OBTAZ-arts (obtaz.com). Member of the St. Petersburg Creative Union of Artists (IFA). Member of the St. Petersburg Luminographic Society. 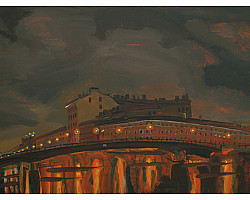 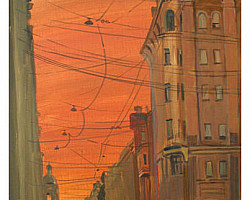 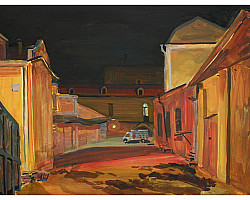 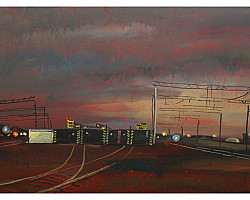 The works are in the collection of the Russian Museum (photo art), as well as in private collections in Russia, Germany.