The Cultural Center of the Embassy of the Republic of Armenia in the Russian Federation and Artcultivator present an exhibition of Mher Chatinyan “Armenia, my love…”

Mher Chatinyan, a hereditary artist, was born in 1989 in the city of Kirovakan (now Vanadzor). He graduated from the faculty of painting and graphics of the State Pedagogical Institute, lives and works in Yerevan. Since 2006, has been conducting solo exhibitions both in the homeland and in other countries. The artworks are in various collections around the world.

In 2017, the first personal exhibition of Mher Chatinyan in Moscow was held with great success. The exhibition “Armenia, my love…”, which will unfold in the updated Cultural Center of the Embassy of the Republic of Armenia in the Russian Federation, will include more than 100 works created by the author over the past year. I really want the visitors to enjoy the paintings watered by the sun of Armenia. It is pleasant that the exhibition coincides with the celebration of the 2800th anniversary of Yerevan and, we hope, will become a worthy contribution to the centuries-old cultural ties between Russia and Armenia. 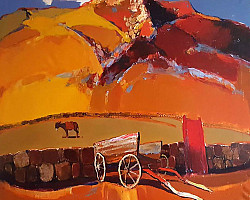 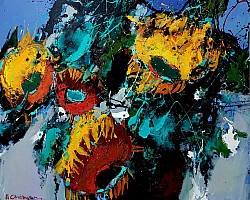 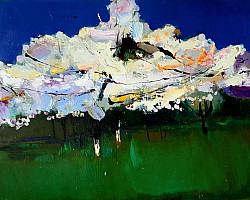 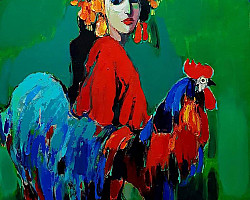 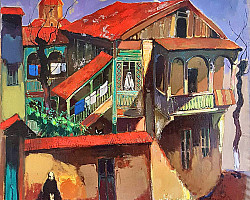 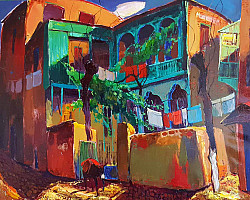 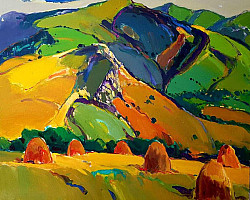 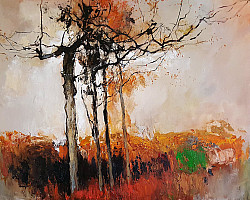 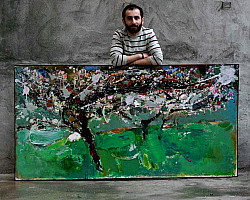 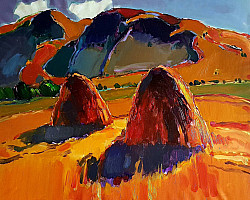 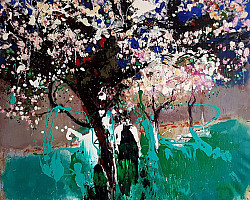 Armen Apresyan, art critic: “In the work of Mher Chatinyan, the picturesque traditions of East and West were organically interwoven, he managed to perceive and rethink the heritage of many illustrious masters of the past… The artist’s paintings can rightfully be called luminiferous, each of his paintings is generously illuminated by the hot sun of Armenia.”

Vladimir Gabbe, Head of the Cultural Center of the Embassy of the Republic of Armenia in the Russian Federation,
Nikolay Suchilin,
Oksana Tsarevskaya,
David Chatinyan.