On May 3, 2017, at 14.00, a literary and musical event in memory of the Tatar front-line poet Fatih Karim will be held at the Khazine NHC, dedicated to the Great Victory Day. 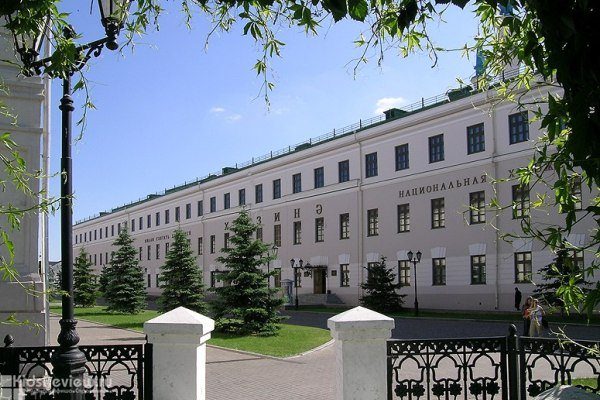 “Fatih Karim (1909-1945) is one of the most prominent authors in Tatar poetry, the heyday of life and the mature work of which coincided with the most tragic period of Russian history - 30-40 years of the XX century - years of mass repressions and war years, in a monstrous the whirlwind of which the poet was drawn into by the will of fate. In this sense, few could stand on a par with him, not only in Tatar and Russian literature, but also in the history of the whole world literature… ”(Ramil Sarchin)

The host of the literary and musical program is Sarchin Ramil Shavketovich, researcher of the poet’s life and work, author of books and articles about him, doctor of philological sciences, chief researcher - adviser to the director of national art of the Pushkin Museum of the RT, laureate of the Prize named after Fatiha Karima.

The event is attended by the daughter of Fatih Karim - Leyla Fatikhovna Karimova; popularizer of the work of Fatih Karim, people’s poet of Tatarstan, laureate of republican and all-Russian prizes Renat Magsumovich Haris; prominent public figure in Tatarstan, journalist, publicist, fellow countryman F. Karim Rimzil Salikhovich Valeev; teachers and students of the gymnasium No. 36 of Kazan, which was the hospital in the years of World War II where Fatih Karim was treated.

On this day, “Hazine” will sound the memories of the poet, poetry and songs written on his poems. The premiere of two songs to the verses of F. Karim, the author of the music of which is R. Sarchin, will take place. Performer - Regina Pavlova.