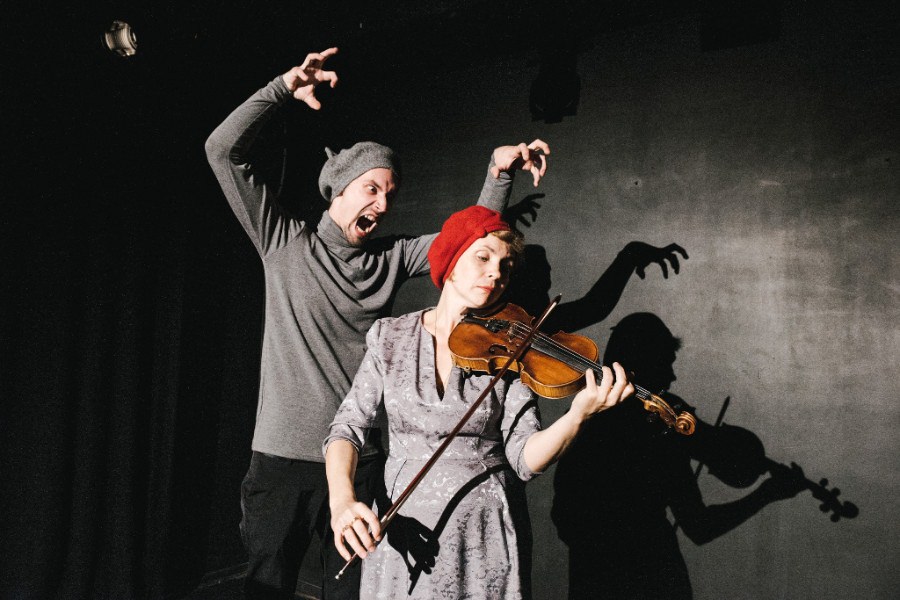 For the first time in Russia, the Studio for New Music ensemble and director Aleksey Smirnov present the children’s play Little Red Riding Hood in the innovative genre of instrumental theater. The instrumental theater implies a special type of existence on stage and, therefore, a different form of communication with the public: musicians are also dramatic artists who move around the stage and recite the text (using different speech techniques: singing, rhythmic speaking, singing into a musical instrument).

“Little Red Riding Hood” is the score of the French composer, classic of modern music, the winner of the Venetian Golden Lion 2015, Georges Apergis. The underlying fairy tale of Charles Pierrot is told with many repetitions, transferring replicas from one character to another, alternating and combining with playing musical instruments so that it will be interesting to both children and adults.

A well-known story from a predictable tale turns into a complete dramatic surprises, vivid musical and stage effects performance. The audience’s attention constantly switches between musical instruments, movements of storytellers and the plot of a fairy tale - such a “mobility” of action allows even restless children to closely monitor the development of the performance.