The idea of ​​the exhibition can be compared with an attempt to map a certain maze. The labyrinth is a place of manifestation of non-spatial, a special symbolic zone in which the awakening of consciousness occurs. Here, every detail, without losing touch, becomes symbolic. It is required to fix the chronicle of movement and stops in this maze. The coordinates of each point in it can be determined only on the basis of a whole that has yet to be outlined. Fragments of such a labyrinth, its nodes and turns, as it were, are captured by a ray of light. Nevertheless, this appearance of images has its own logic… 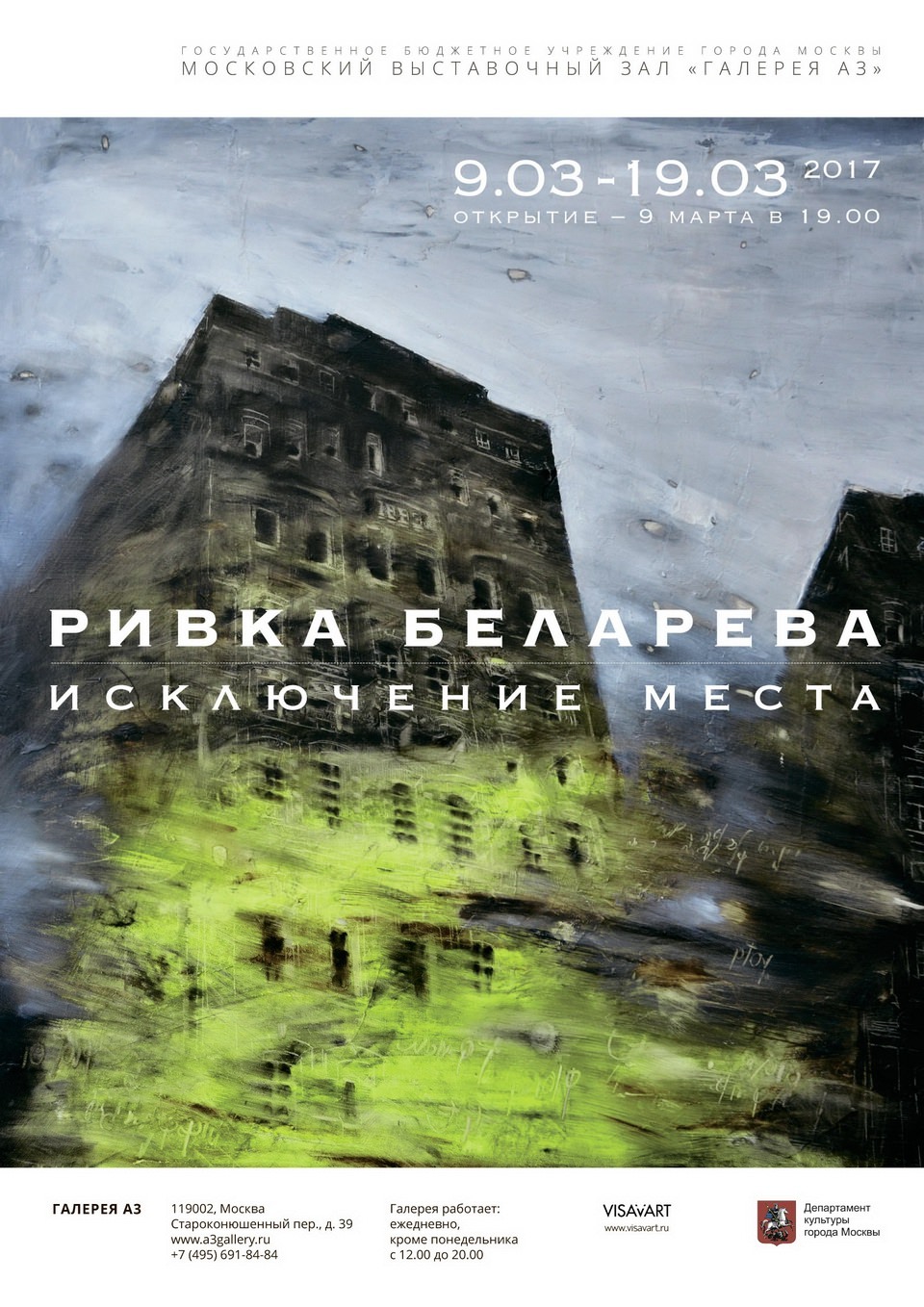 What is meant by “exclusion of place”? An exception can be understood as refusal, erasure, deletion, removal from the limits. The daily routine of the place is paused. We already understand the place as the point of crystallization of meanings, therefore the events presented here are difficult to localize, they are devoid of addresses.

I recall the second meaning of the word exception: malfunctioning, violation of the rule. This is important because by place we mean the only, unique place of origin and flicker of meaning.

The main question is, is it possible to repeat such events and secondly “come across” to such places? In other words - are they accessible to recollection and can they be conveyed? The artist is trying to answer these questions.

If the works of Rivka Belareva are perceived as chronicles, reports, transcripts, then the question arises: what do they document, what are they reporting? These are "spiritualistic" transcripts. It is as if spirits are leaving their pictures, scratches, traces here. It was as if the parallel world touched the canvas, left on it his litters (blots, spots, lines), the figures of his tongue. Or a flash lit up a segment of another world. Or his features appeared on canvas, as in a photograph.

The picturesque works of Rivka make us talk about a new symbolism. But this is not an occult emblem or fantasy. This is the return of the language to its original form - the spell and the plot to its source - magical metamorphosis. It is better to speak here about the symbol in its original meaning of the connection of a split whole in the ancient ritual of friends and initiates who recognize each other, making up two halves of a broken shard. Similarly, the images of everyday life on the canvases of Rivka identify their mysterious doubles, meet their own hidden meanings.

What, for example, is the role of human figures in these works? Perhaps these are the “internal” observers that every world needs. They combine indifference with inclusiveness. Maybe these figures are some signs, hieroglyphs, which typed the message of the magical world. Let’s not forget that we find a person here in the process of metamorphosis. It turns into a plant, animal, fossil, graphic symbol. Man here has already ceased to be a complete being, enclosed within its own boundaries. He is already captured by the transmutation process. One could, resorting to images close to the author of these works, call this person "forest", that is, located in the border zone of the transition from one world to another.

The world that Rivka opens up is a bewitched, bewitched world. He is immersed in a magical dream, but this is not the unconsciousness of fainting, but the activity of a lucid dream.

Points of this world are cut off from their own coordinates. The space in the ordinary sense of the word disappears here, the containers of everyday life (houses, gardens, cities) lose their shape. Places are being transformed: it turns out that they are enclosed more than they can accommodate. The space becomes alive, breathing.

The events that make up the plot of Rivka’s paintings do not take up space and do not fill up time. These are events of meaning, the course of which can last moments, or maybe centuries. The atlas of such movements and a map of these events have no scale. The artist’s task is to outline the situation of such events and erect the scenery in which they occur.

A feature of the world that Rivka creates is its special density, the absence of emptiness. It seems that the artist is again returning to the need for ether, connecting bodies and particles, material and spiritual, to what the alchemists called the fifth element, quinta essentia. He gave the world coherence, and, apparently, in the art world this concept, rejected by modern physics, makes sense. The invisible, imperceptible, but the real fifth element here becomes visible.