Jazz festival in the framework of the partnership between the Green Wave book fair and Odessa JazzFest-2016: music from the JULINOZA band, dancing - from the LINDY.POINT community of lindihopers

Odessa International Jazz Festival JazzFest-2016, the main concerts of which will take place on September 23–25, invites all jazz lovers to the festival pre-party! 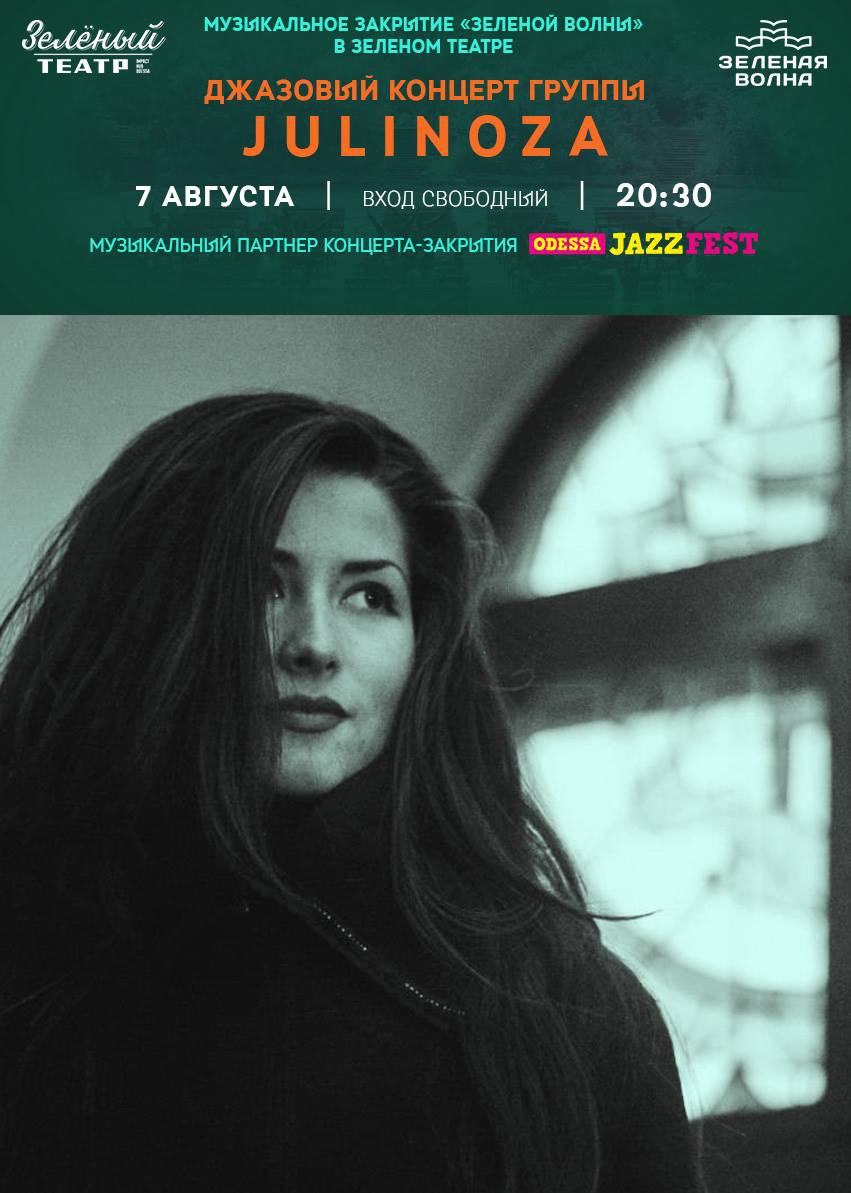 The improvisation festival will take place on August 7 at the Green Theater (34 Marazlievskaya St.) as part of the 20th anniversary international book fair “Green Wave”. Members of the Odessa group JULINOZA and dancers of the LINDY community of lindihopers are responsible for creating jazz mood. POINT

Talking about the music of JULINOZA is really difficult. The compositions of Julia, who received an academic education at the Odessa Conservatory, are always experimental and do not want to fit into the framework of the usual genres. Describing the work of the team, journalists use terms such as alternative indie jazz or even trip rock. What is behind these words can only be fully felt at a concert.

It was JULINOZA’s live performances, where unexpected sounds of familiar instruments and deep texts in different languages ​​are intertwined in a pulsating musical fabric that allowed a very young team to gain a lot of fans. The concerts of the project were successfully held in the framework of such festivals as “Two days and two nights of new music”, Odessa JazzFest, Jazz Koktebel, “Artmisto”, “Dumb Nights” and many others.

LINDY. POINT is an informal community of Odessa lindihoppers. Lindy Hop is a social jazz dance built on improvisation. It was popular in the 30s in the USA. The guys from LINDY. POINT will show how to move to jazz music.

On his pages on social networks, the project leader JULINOZA Music calls on the public: “Conduct imagination with us!”

Take advantage of this invitation on August 7 at the pre-party Odessa JazzFest-2016.