Even those who cannot remember the slogans of the Khrushchev-Brezhnev period, most likely heard about one of the most popular of them: “we will catch up and overtake America…”. And finally, it happened: the KREMLIN Chamber Orchestra gives Muscovites the opportunity to really overtake America - it is simple, affordable and, most importantly, very nice. 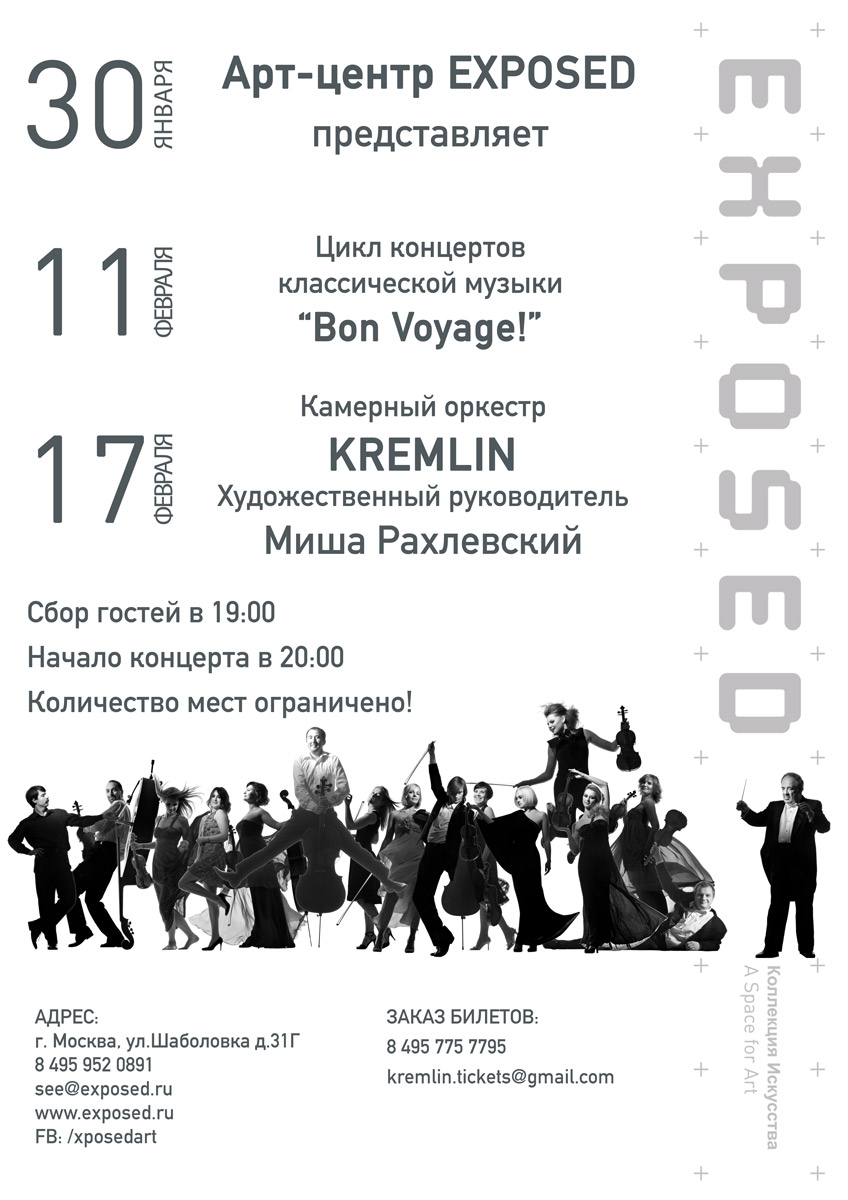 On February 18, the Orchestra leaves for the next tour around the United States, and before departure it conducts a series of concerts “Bon Voyage!” In Moscow, in three concerts of which almost all the works performed on this tour will be performed. Thus, those who attend the concerts of the festival will overtake the Americans who will hear these programs later.

The concerts of the cycle (detailed schedule below) will include works by P.I. Tchaikovsky, A. Hinaster, P. Sarasate, D. Shostakovich and others. 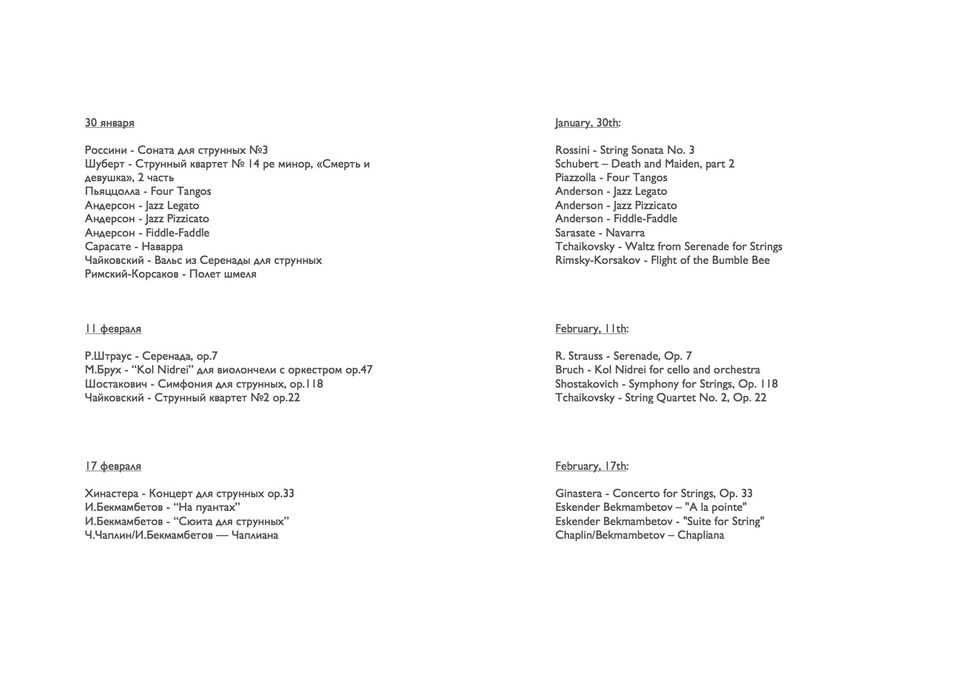 Hurry up! Limited number of seats!

The KREMLIN Chamber Orchestra , founded in 1991 by conductor Misha Rakhlevsky and uniting talented young Russian musicians, will celebrate its 25th anniversary this year. Over the years, the Orchestra played more than 1900 concerts, some of which took place in annual tours of the countries of North and South America, Europe and Southeast Asia (a total of 24 countries of the world). The Orchestra’s repertoire includes more than 1000 works, including several dozen specially written for the Orchestra, and about 100 - first performed in Russia. The orchestra has released more than 30 CDs, 16 of which were recorded by the Swiss company Claves. A number of CDs have received international awards such as the Diapason d’Or in Paris, the Grammophone Critic’s Choice in London, the New York Times Critic’s Choice, and Disc of the Year in Hong Kong.

The orchestra’s channel on YouTube posted more than 300 videos, the number of views of which is approaching 2 million - an average of 1200-1300 per day.

Exposed Art Center is a new art and cultural concept in the center of Moscow.

Demonstration of beautiful works of art from around the world. The combination of Russian talent with eclectic international influence. Exposed offers a rare opportunity to see and purchase a wide range of unusual works of art. The space of the art center includes its own professional photo studio with its creative team. In addition, a store for decor items, albums and books on art, fashion and architecture is provided.

This site exists due
to advertising revenue.
Turn off Adblock, please!