MODERN DRAMA FOR AN ADULT VIEWER ON THE MOTIVES OF THE PLAY OF V. PONIZOV. 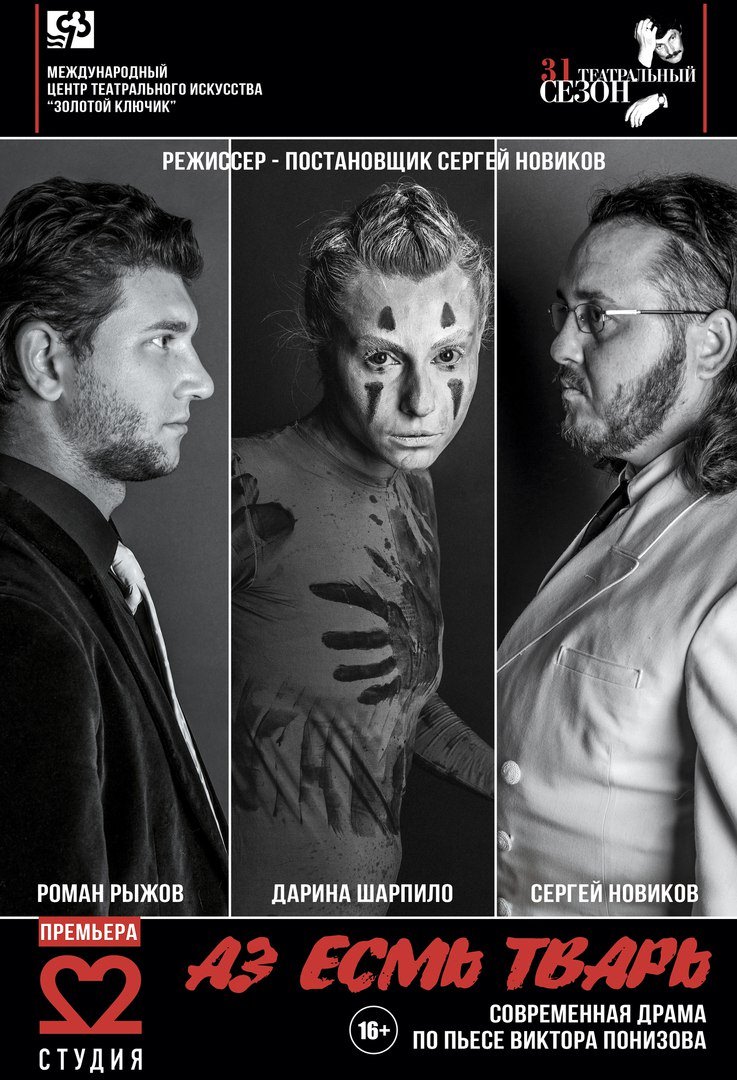 Through secrets, mystification and revelation, the play based on the play of the modern Ukrainian playwright Viktor Ponizov directed by Sergei Novikov reveals to the viewer the essence of human life…

Good, Bad and Victim are not personality characteristics, but the names of the main characters. In fact, the Good is no different from the Bad… The sins of the Bad help the Good to understand their own and repent… In most cases, the Good, speaking of the Bad, speaks about himself. The performance raises human problems that everyone knows, keeps it in suspense from the very beginning to the final lines, which reveal the problem that even the smallest and thoughtless, at first glance, actions can lead to human tragedy.

Contemporary art is now in search of a new language, ways of communicating with the audience, so the director decides to take a bold step - to remove the boundaries between the auditorium and the stage. The performance takes place in the parquet hall of the theater - a chamber room that allows viewers to merge with the actors, understand the essence of the problem with the soul, empathizing and participating in magical theatrical action.