185th birthday of I.I.Shishkin at the Museum of Arts

Since January 20, the State Museum of Fine Arts of the Republic of Tatarstan (Kazan, Karl Marx St., 64) invites you to visit the updated exposition of the works of I. I. Shishkin, dedicated to the 185th anniversary of the master. 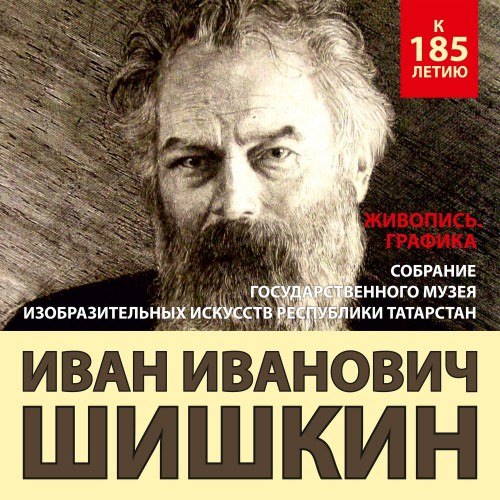 The Kazan Museum exhibits more than thirty works by the great landscape painter, covering almost all periods of the master’s work from the 1860s to the 1890s. The viewer will have a rare opportunity to get acquainted with little-known paintings of the famous artist. The earliest in time of creation are the landscapes "Ruins of the Bulgar", "Ruins of the Khan’s Tomb and the Small Minaret in the Bulgar", painted during his stay in Yelabug, during his studies at the Academy of Arts

Returning in 1865 from a retirement trip conducted in Germany and Switzerland, Shishkin met with Kazan collector Andrei Fedorovich Likhachev. In 1866, the artist writes for his new acquaintance “Swiss landscape”. After Likhachev’s death, “Swiss Landscape”, as part of the picture gallery he collected, was included in the collection of the city public museum opened in Kazan in 1895. A mature period of the artist’s work is represented by epic works “On a mowing in an oak grove” (1874) “Evening in a pine forest” (1875). Both works come from the collection of Pyotr Kapitonovich Ushkov, the owner of several plants, on whose estate in Bondyug (now Mendeleevsk) Ivan Ivanovich rested in the summer of 1884. During the artist’s life, the collection of the museum received the works of Shishkin “Glade” and “At the cottage”. In 1898, both paintings were exhibited at the Kazan Art School among the works of Russian artists of that time. The landscapes of Shishkin were so successful with the Kazan public that the city authorities turned to the artist with a request to leave the paintings in Kazan. Master agreed. The exposition is complemented by paintings and graphic works donated by the artist himself from the Kazan art school in the 1890s. The exhibition exhibits graphics - drawings, etchings and lithographs, which are under storage conditions for more time in museum reserves. They will open to lovers of fine art other sometimes unexpected, sides of the artist’s talent, which is rightfully recognized as one of the best draftsmen in Russia. For the first time after restoration, a plaster figurine is depicted on the exposition depicting I. I. Shishkin in full growth, as well as a lifetime mold of the hand of the great master. During the celebration of the anniversary of I. I. Shishkin, the museum will host the following events:

January 25 - As part of the musical - artistic lecture, the art program "Singer of native nature. I.I.Shishkin. Life and work ”with the participation of the“ New Music ”Chamber Orchestra. January 26 - “Art lovers…" The program is dedicated to the anniversary of I. I. Shishkin. Conversation about creativity. Concert with the participation of the chamber choir "Transfiguration". January 27 - "Not that you think, nature…" Landscape in the visual arts. Educational program for primary school students. The Resource Center of the Pushkin Museum of the Republic of Tatarstan will host a series of “Shishkin’s Lessons” at the exhibition “Serve the Native Landscape” (I. I. Shishkin).