How photography becomes the new leader in art investments

The Chicago Art Institute is one of the greatest galleries in the world. Visitors flock to see The Night Hawks by Edward Hopper and "Gothic American" by Grant Wood , two of the most recognizable images in contemporary American art. But what stunned collectors was that a photograph of visitors to the Institute of the Arts, taken in 1990 by Thomas Struth, brought more at an auction than any other photograph last year. She was sold for $ 777,088. And this is not even the only imprint - Strut made 10. 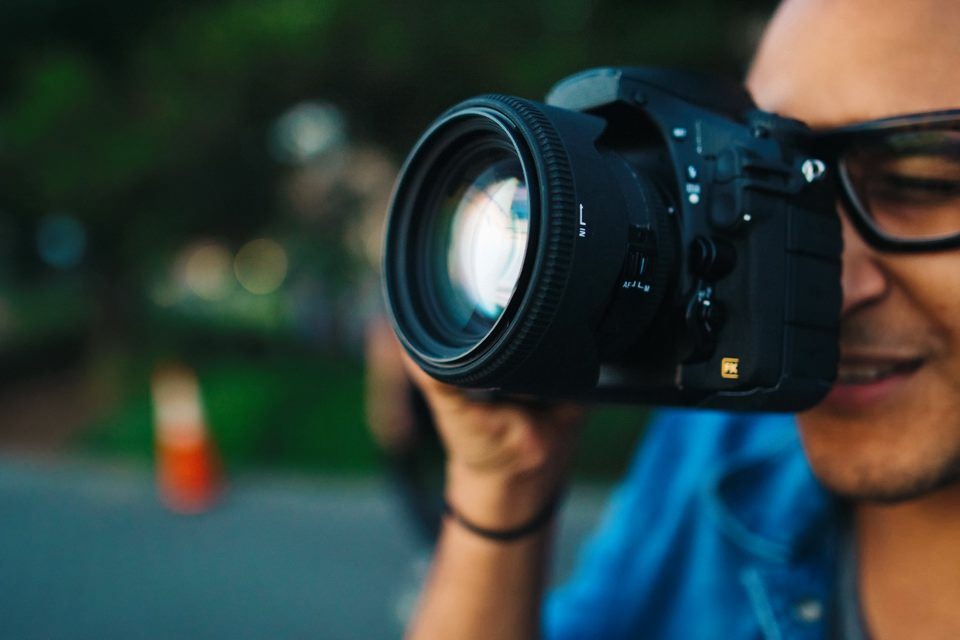 A recent report by Coutts, an investment company, on the latest fashion trends for art objects: “Old Masters” lost favor with investors, prices fell 40% from their peak ten years ago. Oriental carpets and tapestries are completely out of fashion, their prices have returned to where they were in 2005. Even the boom in classic cars stalled, Ferrari prices fell 10% last year. But photography has become the hottest new investment for the very wealthy. Photos of Gilbert and George, Robert Mapplethorpe, and Andreas Gursky in 2016 raised over $ 400,000 at auctions.

Until now, photography has had an ambivalent status in the world of collecting works of art and for good reason: collectors are in short supply. There is only one copy of the painting “Nighthawks”, while Struth (Thomas Struth) could reproduce thousands or even millions of prints of his image of visitors in a Chicago gallery.

Photographers limit their reproductions to just a few signed images. In the gallery of photographers in London, in the first public gallery devoted exclusively to photography, Anthony Hartley says: “Public opinion is that the proposal is endless, but this is no longer the case. Editions are usually limited, and very substantial. Only five or ten prints are authentic, and negatives are kept by the photographer. All prints in the editorial office are issued at the same time, so buyers know that 25 more will never be made, say. ”

But how to stop posting photos later with a lot of issues? “As a rule, this is a self-regulating market. If a photographer produces a new edition, then he just shoots himself in the foot, ”says Hartley.

The origin is crucial. At Sotheby’s, the photo director, Brandei Estes, says: “The most important thing is that the artist’s signature or seal is there. If they are not, then just forget about it. "

So, what should a beginner collector buy and how much does it make sense to pay? Sotheby’s has a reputation for working with multimillionaires, but Estes says: “We start at £ 3,000, averaging up to £ 10-15,000. Compared to traditional auctions, this is relatively affordable. ”

At the top of the British photography market is dominated by what can be called “decorative” photography - in other words, what looks beautiful on the walls of rich people’s homes. This often means photographs of models, Estes says. For example, the first print of the young Kate Moss Albert Watson, which sells for $ 25,000. “Peter Lindbergh, Helmut Newton and Michelle Comte are fashion photographers who sell well. These are images that you can contact every day in your life. It is noteworthy that Watson sells other photos, as good as Moss, for a relatively low price. We had the beautiful Christy Turlington, which sold for £ 5,000, which is cheap compared to Kate Moss. I firmly believe that if you buy these photos now, they will certainly rise in price in the future. ” She also notes Nick Brandt’s wildlife photography as extremely popular among collectors.

In the Atlas Photography Gallery, dedicated to contemporary photography, Ben Bardett says: “Photography is more relevant and understandable to many people who are not professionals in art, and the prices are much lower than buying a comparable work by a contemporary artist. A lot of contemporary art is overrated and not profitable for investment. "

Finding young, newer photographers that are more affordable is central to the gallery of photographers, says Hartley. “These are photographers who are too young to have a secondary market. Our task is to bring them to such a level. In the past, we represented photographers who sold pictures for a couple of hundred, but who now sell 10 times more in large galleries than at the start. But we always warn about investments. There is never a guarantee. Really, buy, first of all, what you love. "

Among the most popular in the gallery are the works of Yevgeny Arbugaeva, which captivate Siberia with magical realism and the picturesque images of Tamas Dezso, which show the abandoned landscapes of post-communist Eastern Europe. Their work starts at £ 1,200 for a 20x24-inch photo from a print run of 10 copies, and large-scale prints are estimated at £ 6,500.

For the vast majority of people, the idea of ​​throwing a few thousand in a photograph is something from the realm of fantasy. Eamonn McCabe, a former Guardian editor and photographer who recently introduced the BBC4 series on the history of photography, is mildly skeptical of the photographic boom among collectors. “Many dead photographers come to life. But I’m not sure that the same thing will happen to the living. There is a desire for masters like Man Ray and Irving Penn, a cry from the soul for a craft that is considered endangered. All there is is a big market for black and white photos and nostalgia. ”

“The other day I came across David Bailey. He said that these days he does not work very much, but the art market has discovered it. "

News photography requires relatively low costs, even images of the legendary war photographer Robert Kapa, ​​co-founder of Magnum, sell significantly cheaper than what is considered an aesthetically pleasing fashion print. “Since people know the photographer’s work in the newspaper, they don’t perceive it as art. People are reluctant to pay a lot, ”says McCabe.

One can see the success of tourism exhibitions such as the World Press Photo Awards and the growing appetite among major galleries, it may seem that the prices for photojournalism are starting to rise. Sophie Wright, global director of culture for Magnum, says Tate Modern has been instrumental in expanding the presence of documentary photography in the art market. Meanwhile, V&A (Victoria and Albert Museum), the first major museum to draw attention to the photo, opens a new center in the fall of 2018, which will more than double its current exhibition space.

However, most insiders admit that New York and Paris are ahead of London in the global photography market, in addition, the demand for the Middle and Far East is growing rapidly. Magnum recently sold a complete set of Werner Bischoff vintage prints, described as a “complete photojournalist essay” to Hong Kong’s planned new visual culture museum, “M +”. The photographs document the influx of Chinese immigrants into the city in the 1950s.

Magnum has created a collectors club in which members meet with growing and already acclaimed photographers to share their passion - although participation in the club costs £ 10,000. Wright says: “Much has been written about investing in art, as a source of guaranteed return on investment in a vibrant economy; however, you must buy what you love, as you are likely to live with these items for quite some time. ”