EX-AN-PROVENCE. A former electrician who had kept about 300 works of Pablo Picasso in his garage for almost 40 years, told the French Court of Appeals that the artist’s widow may have wanted to hide these works from her family.

“Ms. Jacqueline Picasso had problems with her stepson Claude Ruiz-Picasso,” said Pierre Le Guennec, introducing a new version of the events in court. 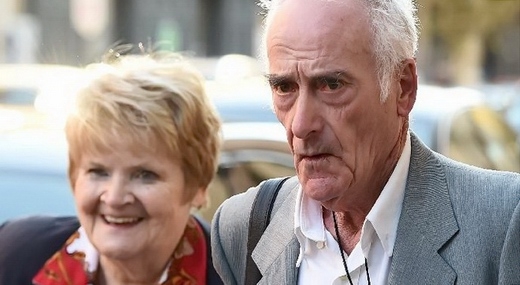 Le Gunneck, convicted last year with his wife of stealing, said that it was the widow of Picasso who asked him to hide about 17 bags of artwork after the death of Picasso in April 1973. The 77-year-old electrician added that after some time, Jacqueline Picasso took these bags, but one of them gave him in gratitude for the help. In the donated bag were 180 works and a notebook containing 91 drawings by Picasso. Being uninterested in the resale of these values, Le Gunnek left them in his garage, where they were found in 2009.

Le Gunnek said that “maybe” the widow tried to hide these works from the inventory, and admitted that he had not told the truth before out of “fear of being charged together with the one who stole the bags”. Pierre Le Gunneck worked for a very long time in the house of Picasso, the artist treated him well and even presented several of his drawings.

Eric Dupont-Moretti, the lawyer for the Le Günek spouses, said that he had learned about the new version of events only a few days ago. Claude Ruiz-Picasso’s lawyer, Jean-Jacques Neuer, condemned the testimony of a former electrician, which he called "stunning lies." Prosecutor Christopher Raffin agreed with him: “I do not believe in the version that the drawings were a gift, I think it was a theft committed at a time when Jacqueline Picasso was completely focused on caring for her aging husband.”

Spouses were sentenced to five years and a fine of 375,000 euros or half the cost of the work of Picasso, the theft of which they are accused. The artist’s drawings seized from them have not yet been evaluated. The collection consists of sketches depicting women and horses, nine rare cubist collages created at the time when Picasso worked with French artist Georges Braque, several works of the “blue period”, as well as portraits of Fernanda, Picasso’s mistress and drawings depicting his first wife Olga. All works were created between 1900 and 1932.

The case against the spouses Le Gunnek was opened in 2010, when they tried to confirm the authenticity of the drawings. The fact is that not one of them was signed, which is not characteristic of Picasso, who left an autograph on each of his work. Le Hünnekov’s second lawyer, Charles Etienne Guden, stated, however, that about ten works can be considered valuable, and the rest of the collection is “very mediocre,” and Picasso never intended to sell them or make them public.

One of the few who spoke out in support of the spouses of Le Gunnek was the artist’s granddaughter Catherine Hutin-Blay, who said that there was always a special relationship between the artist and his employee. Prosecutor Laurent Robe believes that Pierre Le Gunneck became a pawn in a game of unscrupulous art dealers who tried to get works originally stolen by a former Picasso driver.