Day and night: Joseph Wright’s paintings returned to the Derby exhibition after restoration

DERBY. “Colosseum in the Daylight” and “Colosseum in the Moonlight” - the last two surviving paintings depicting the ancient Roman amphitheater by artist Joseph Wright of Derby (1734-1797) are presented to the public for the first time in 56 years. 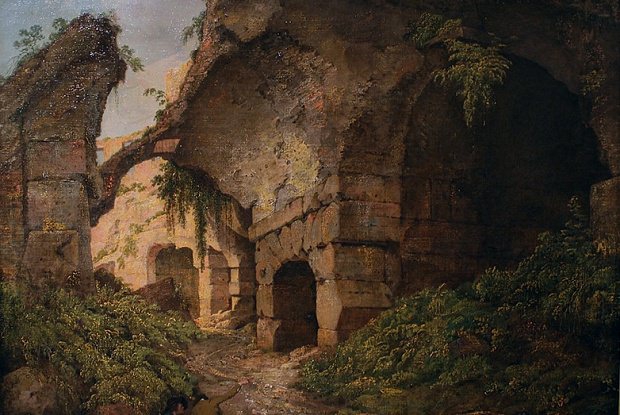 Their restoration was funded by the Pilgrim Trust. The previous restoration, in the 1960s, which masked most of the original drawing, made the paintings unsuitable for display at the Derby Museum and the Derbyshire Art Gallery, which boasts the largest collection of Joseph Wright’s works in the world.

The Colosseum in the Moonlight was so poorly restored that the picture was demoted to the work of a follower of Wright. Lucy Bamford, the senior curator of the art museum, was sure that the Colosseum in Daylight belongs to the artist himself - about 70% of the original material that has been preserved, the palette, the combination of light and shadow convinced her that she had a real picture in front of her. But the situation was different with the second picture: the canvas did not look like the original canvas. During the restoration, three thick layers of paint had to be removed from the painting before the experts managed to get to the original. In some places, the excess paint could not be completely removed, due to the risk of destruction of the present work.

Bemford said that before the picture was not even like a moon scene - the colors were so warm. Now the custodian is faced with another question - what else can be hidden in the museum funds? Are there any other paintings that have suffered from unprofessional restoration and are now in obscurity? Unfortunately, today the museum does not have the necessary resources to check the rest of the paintings.