Memoirs of Nina Kandinsky about her husband, era and fate

On September 2, 1980, in the Swiss resort town of Gstaadt, in the chalet Esmeralda, the corpse of the hostess was discovered. The elderly lady was killed the day before shortly after the guests she invited left the house. Her great husband’s paintings remained intact. The killer was only interested in the collection of unique diamonds she cherished so much. The villain, according to the police, was in the circle of acquaintances of the deceased. His name is still unknown. A few years later, stolen jewelry began to emerge at various auctions. 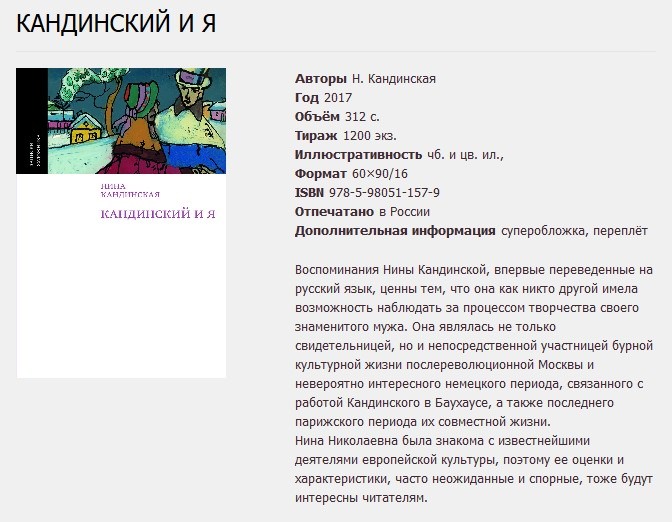 Thus ended the life story of Nina Nikolaevna Kandinsky, full of trials, losses and joys. The thirty-year age difference did not become an obstacle in relations with the founder of abstract art. The girl’s voice sounded in the telephone enchanted Vasily Kandinsky and inspired him with the watercolor “Unknown Voice”. Absentee acquaintance grew into a family union. Love from the first word lasted more than 27 years. Together, they survived the death of a young son, decided to move from post-revolutionary Russia to Germany. After Hitler came to power and the closure of the Bauhaus, they moved to France, where the great artist died in 1944 at the age of 77.


The film of the TV channel "Culture" - "The unfamiliar voice of Nina Kandinsky."

After Kandinsky passed away, interest in his work and the cost of paintings grew rapidly. Nina Nikolaevna did a lot to preserve the memory and popularize his work. In 1946, she established the Le Prix Kandinsky Prize to encourage talented painters, donated paintings to his art galleries, and participated in the organization of exhibitions. In Munich in 1976, her book Kandinsky und ich was published in German with memories of her husband, the different periods of their life together, the era, famous people with whom fate brought together. 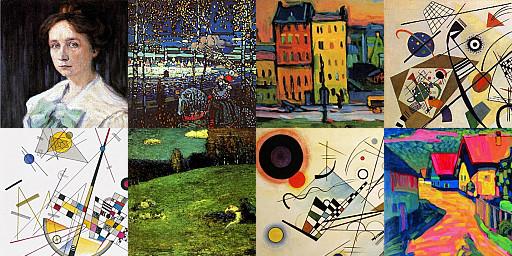 Thanks to the publishing house “Art – XXI Century”, the memoirs “Kandinsky and I” were published 41 years later and in Russian.