The largest exhibition of works by Juan Miró opened in Moscow

Yesterday, the largest exhibition of Juan Miro in Russia opened in Moscow, where more than 200 works by the Spanish master will be presented. Most of the paintings have never been shown in Russia before. 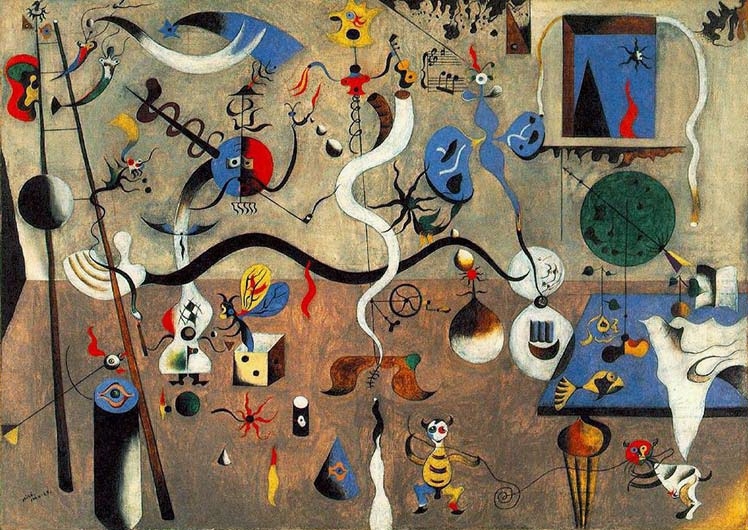 “It is a great pleasure for us to be in Moscow today, opening the first major exhibition of Miro, I am very pleased and proud,” said Fernando Gilet, president of the Miro Foundation. The event, held under the auspices of the largest Russian art festival "Cherry Forest", is dedicated to the 120th anniversary of the genius of Catalan art - a painter, engraver and ceramist.

“This exhibition was the result of a lot of work done, including by the Moscow authorities, who really wanted to present the work of this universal artist, the stages of his magnificent career,” continued Gillet.

It’s Miro who is considered by some experts to be the “spiritual” father of modern art, one of the leaders of the surreal and abstract art of the twentieth century. The exhibition includes 14 sculptures and a large number of paintings, drawings and prints presented by the Pilar and Juan Miro Foundation in Mallorca.

“We were literally obsessed with the idea of ​​presenting the work of this artist to Muscovites. My colleagues from the Moscow Museum of Modern Art (MMSI) and I visited the Pilar and Juan Miro Foundation in Mallorca and were amazed at the collection there, ”said Edit Kusnirovich, director of the Cherry Forest festival.

Actually, the exposition, which occupied the entire space of the main building of the Moscow Institute of Information Technologies on Gogolevsky Boulevard, in the very center of Moscow, is divided into eight zones: graphic symbols, landscape, birds, constellation, eye, woman, character and heads, according to the main directions in the artist’s work.

The most effective way to present art objects from museum exhibits is to use glass display cases . Modern equipment is made of durable glass, and a variety of shapes and sizes allows you to place a variety of contents.

In the last hall of the museum, a panoramic three-dimensional model of the artist’s workshop opens, which immerses the viewer in the environment in which Miro worked. A study of the artist’s methodology of creativity helps to look a little “inside” and “see the Universe Miro, its myths, sources of inspiration,” as Fernando Gillet told at the presentation.

The Pilar and Juan Miro Foundation was created in 1981, while the artist was still alive. The main goal of the fund is to preserve and present to the general public the personal belongings of the master and his wife, brushes, palettes, racks, clay blanks, which later served as models for his sculptures.

The exhibition will be open until June 9th.